Heuliez Bus and is the brand of CNH Industrial that produces, in the French plant in Rorthais, electric and hybrid buses, beyond those fuelled with diesel and gas. The plant employs 420 people, of whom 10 per cent are engineers.

The 12-metre and the articulated electric bus (named GX 337 Electric and GX 437 Electric respectively) are driven by an asynchronous central electric motor built by the English company BAE.

On both versions, for the vehicles charged overnight, Heuliez offers LNMC batteries (nickel – manganese – cobalt – oxide), which in the specific case of the 12-metre battery have a capacity of 360 kWh.

In the following interview, Rémy Foyer, general manager of Heuliez bus, tells about the outlines of his group and future strategies. 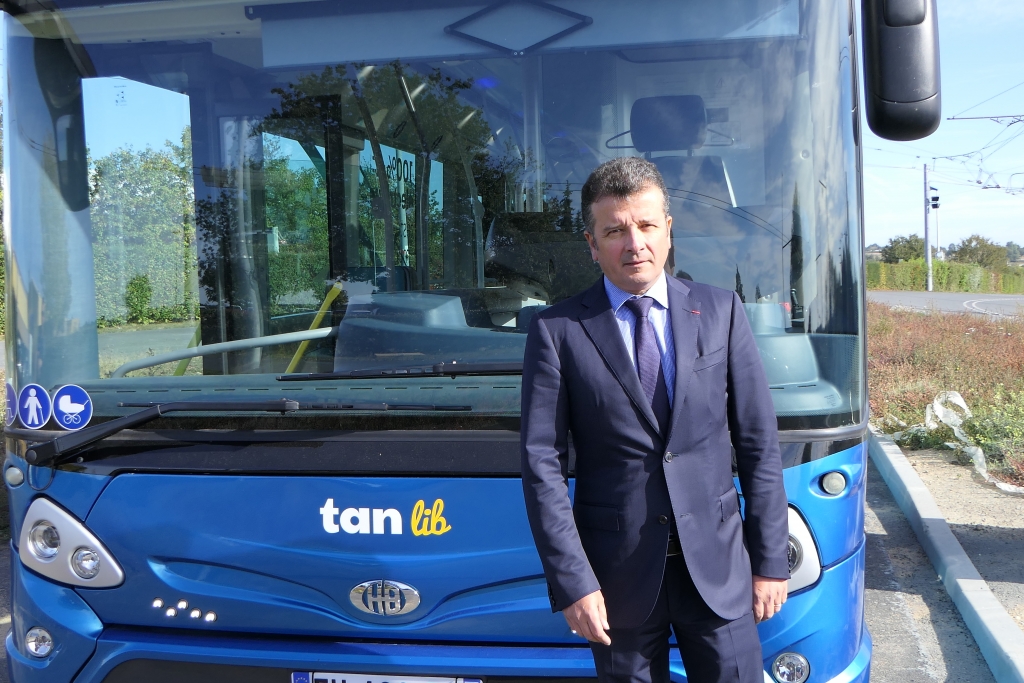 What is your experience in the field of electric buses?

«We have a long history in the electric vehicle industry. We were the first manufacturer in Europe to develop a hybrid bus. It was 2010. Specifically in the full electric bus segment, we started series production this year and about ten vehicles are already in service in various European countries. The first tests started in 2015 and in the same year we sold the first electric bus»

Heuliez 12-metre electric bus has a battery pack of 360 kWh. A remarkable capacity, especially when compared to that offered by the competitors…

«The specific weight of our batteries is significantly lower than that of the competition. But that’s not all»

Is there anything else?

«Of course. Our batteries do not need any cooling system. This allows us to cut in a significant way the weight on the roof of the bus»

And in the case of the opportunity charging?

«In this case the bus is equipped with a small battery pack. On the 12-metre version we have two options: 73 or 88 kWh. In case of fast charging vehicles we use LTO batteries that weigh a little more than NMC batteries (used for night charging). LTO, it should be remembered, require the classic cooling system. But the vehicle with the pantograph is anyway lighter and has a higher transport capacity» 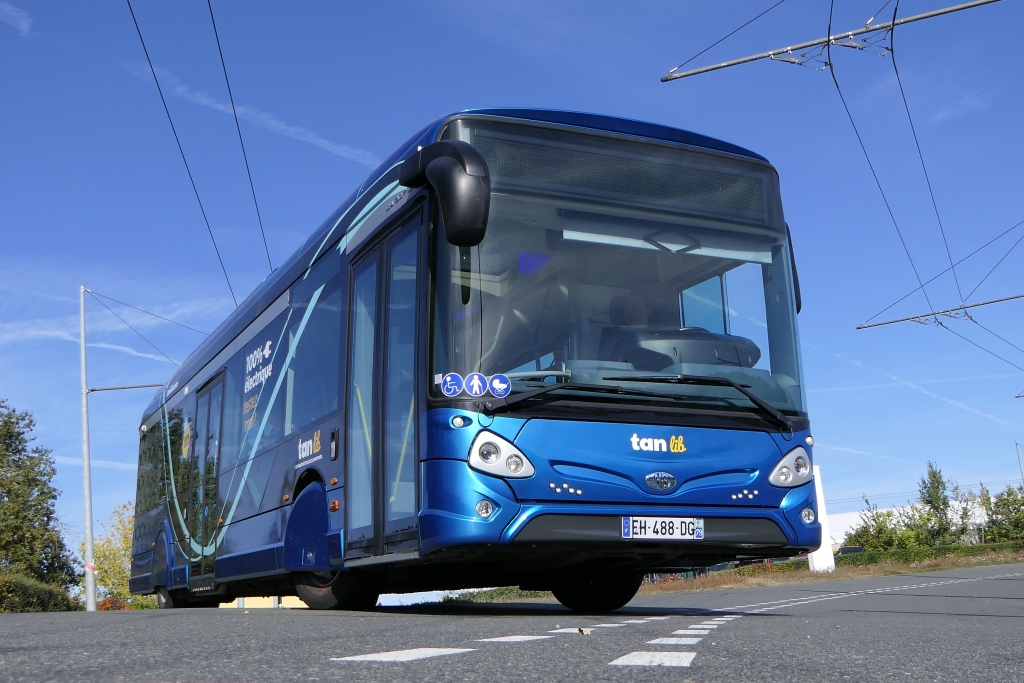 Heuliez presents itself to the electric bus market with a central electric motor. Can you tell us what is the reason for this choice, given that many manufacturers have opted for in wheel motors?

«There are basically two reasons. The first is because we believe the central motor to be the best option, the more balanced. It guarantees the highest levels of reliability. Then there is a technical and programmatic reason. We have been using the central electric motor for about 10 years, specifically on our hybrid buses. This means that we have a lot of experience with this component. That’s why we can say that the electric bus, for Heuliez, is a natural step. There is no company in Europe that has our culture of electric mobility»

Are you planning to realize a version with in wheel motors as well?

«We see ourselves as tailors in the bus sector, tailors who respond to the needs of the market, of the individual customer. But we are a company with a great industrial tradition that is part of a giant group called CNH Industrial. Of course, it is possible for our group to approach technologies other than those we currently use. But to date, the central engine is, we are sure, the best technical solution on the market»

There is a lot of talk about electric mobility, but if we look at market figures we may remain disappointed. When do you think we will be able to see, in Europe, interesting sales volumes?

«The electric bus market will grow a lot beginning next year. And in 2020 we expect that about 20 percent of the city bus market in Europe will be covered by electric vehicles»

Is Heuliez ready to respond to this growing demand in terms of vehicles production?

«We have created a line dedicated to the production of electric buses. It was a big investment that allows us, nowadays, to build 3 electric buses per day. We are ready to respond adequately to the demand»

We may end with a joke. The electric bus costs twice as much as a diesel model. How will transport companies be able to afford such an investment?

«Today’s transport companies no longer stop at the mere cost of purchase but they take into consideration the TCO (Total cost of ownership), which is significantly lower than a diesel bus. This is an irrefutable truth. The future is electric and Heuliez is already the leader» 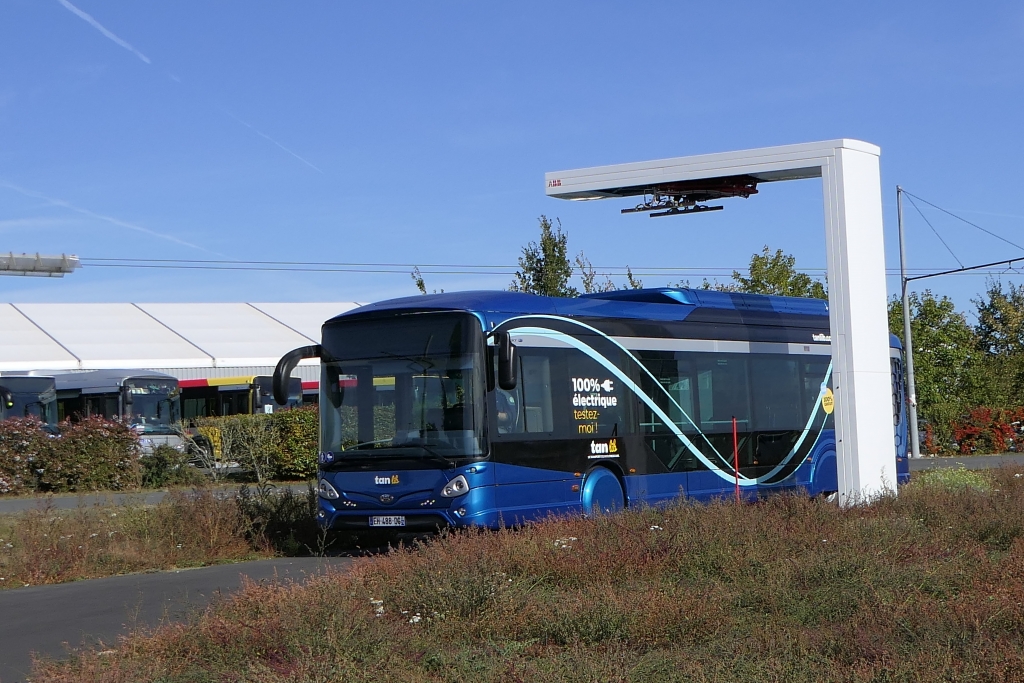 by Alex Byles Switch Mobility‘s strategies on the European markets, product development, opportunities and potential of the Indian market are just some of the topic of this interview. After having unveiled, at European Mobility Expo 2022 in Paris, its e1 electric bus model for the European mar...
by Alex Byles Hydrogen, e-bus market, the effects of inflation, production strategies, Brexit consequences. These topics – and more – have been discussed with Sustainable Bus by Alexander Dennis’ Managing Director, Paul Davies. Prior to the Brexit trade deal, we planned to build the BVG ...
Canada-based company Ballard has been making fuel cell systems for more than 40 years, gaining experience mainly on buses and trains. Now, even the truck sector is getting increasingly familiar with the idea of having fuel cells on vehicles. Our sister media Sustainable Truck & Van talked about thi...
IAA Transportation in Hannover was the right place for IVECO to put on display not only the eDaily in its BEV version, but also the ambitious project regarding the fuel cell version. The latter was developed by IVECO in close cooperation with Hyundai Motor Company, with Hyundai and Iveco Group&...
Sign Up Here!