450 electric buses on Moscow’s roads. The major bus operator of the city, Mosgortrans, launched in August its zero emission bus. The vehicle is manufactured by the domestic company Kamaz. The city now prides itself to have one of the largest e-bus fleet in the world (China excluded). 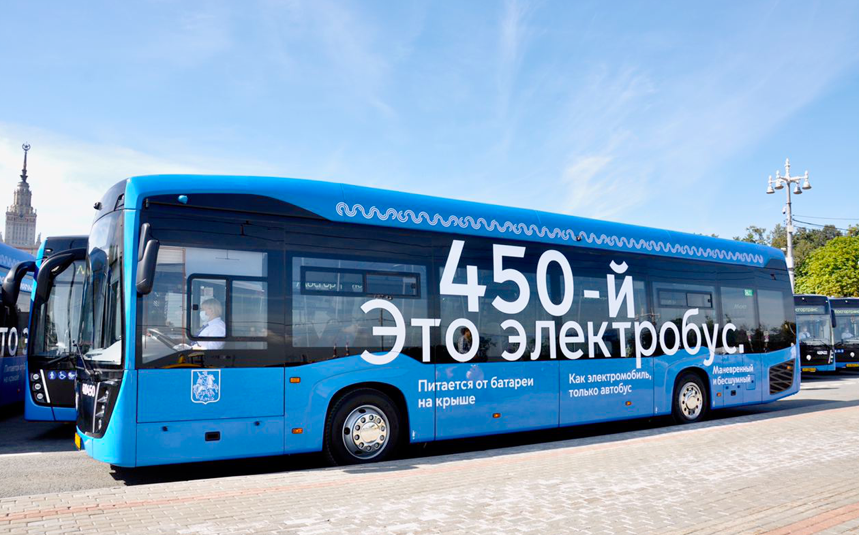 Since 2018, Kamaz has been delivering a total of 334 electric buses to Mosgortrans. In that year 2018, Moscow operator Mosgortrans ordered 100 ebuses each from manufacturers Kamaz and GAZ. Kamaz buses (model 6282 second generation) are able to carry more than 85 passengers and equipped with USB ports and Wifi connection. One of these vehicles was displayed by Kamaz at last UITP Summit in Stockholm.

Under life-cycle service contracts, Kamaz and other manufacturers are responsible for the full functionality of the vehicles during 15 years of their operation, the Department of Transport and Road Infrastructure Development of Moscow highlights.

In this year 2020 as many as 150 e-buses landed in Moscow. And another 150 will be delivered by the end of the year, according to the plans. It is planned that by 2024 the total number of electric buses in Moscow will exceed 2,600 units, therefore accounting for on third of all surface public transport buses in the city. Today electric buses run on 36 routes almost throughout the whole Moscow. The number of routes will continue to grow as new vehicles are delivered.