Arrival electric bus is on the launching pad. The UK-based startup has today unveiled the pictures and the first information related to its next project, an electrically-powered electric bus.

Arrival, that in early 2020 announced it has received 100 million euros investments from Hyundai Motor Group and Kia Motors, is known for the huge order for 10,000 light electric trucks from delivery company UPS, announced in late January 2020. This initial order of 10,000 vehicles will be rolled out over 2020-2024 with the option for a further order of 10,000.

Arrival says it has invented a unique assembly technology to produce all the vehicles in its portfolio from what the company calls “microfactories”, deployable worldwide to serve local communities, pay local taxes and support retention of local talent.

The company was founded in 2015 and today has over 800 people globally. It is headquartered in London, UK, with offices in Germany, Netherlands, Israel, Russia and the US.

The vehicles, simply named Arrival Bus, «is equipped with features that promote a positive perception of public transportation and create an environment evoking a sense of space, cleanliness and wellbeing in a world with a heightened awareness of hygiene and personal space», the company highlights. No specifications were released so far with regards to sizes, battery capacity, electric bus range, timing for production, countries where the bus will be commercialized. 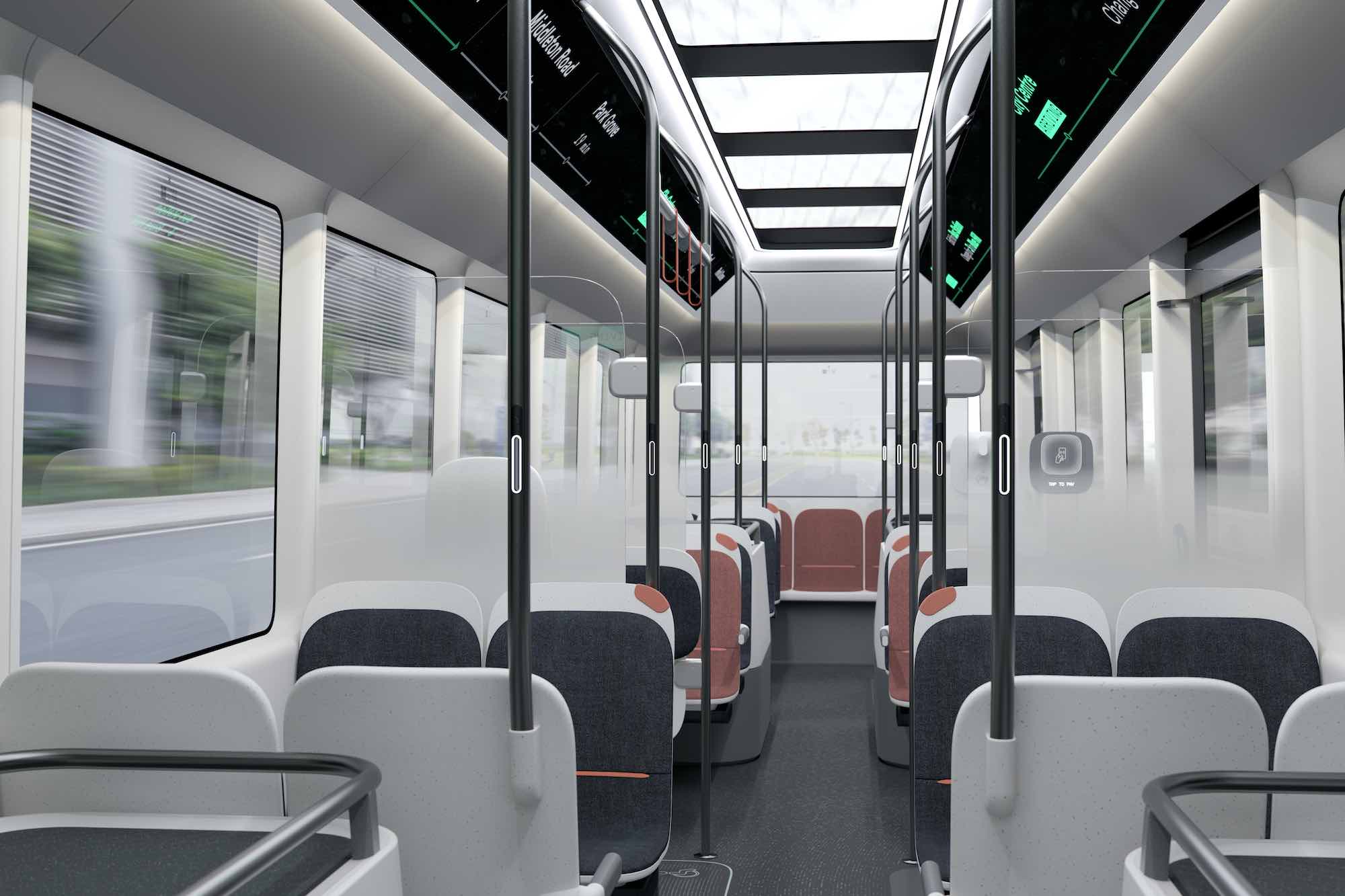 Arrival electric bus to be built in microfactories

As mentioned above, Arrival points out that the Arrival Bus will be produced in local microfactories which are designed to be capable of assembling all vehicles from Arrival’s portfolio. These microfactories, Arrival says, support the creation of market-specific products and will regenerate regional economies through the use of local supply chains, retention of talent and payment of local taxes. The startup has plans to deploy 1,000 microfactories globally by 2026.

Ben Jardine, Chief of Product for Arrival Bus, says: «We are very excited to bring the Arrival Bus to markets around the world and make the passenger experience of bus travel a positive one. By working in partnership with businesses to develop the entire ecosystem around our vehicles, we are supporting their goals of making Public Transport appealing whilst achieving carbon neutrality».

Snam, Toyota and CaetanoBus have signed a memorandum of understanding (MoU), with the aim of starting a «collaboration to promote and accelerate the introduction of hydrogen-based mobility». The companies signing the agreement – the energy infrastructure company Snam and the subsidiary Snam4Mo...
Iveco Bus is launching a full electric Crossway Low Entry and is ready to offer mild hybrid modules on Urbanway, Crealis and Crossway Low Entry range. On the Crossway the mild hybrid solution will be offered also combined with gas-drive. The mild hybrid module will be available to order by the end o...
NFI subsidiary New Flyer has received an order for up to 150 Xcelsior CHARGE battery-electric buses from the Niagara Frontier Transportation Authority of Buffalo, New York (NFTA-Metro). To be more specific, the public transport company has issued a five-year contract to NFI subsidiary New Flyer, whi...
The CNH Industrial Design together with IVECO BUS Design team have offered to the transport design students from RUBIKA design school to work on a prospective project: Urban Move Ability, focusing on the urban mobility of tomorrow via an innovative transport solution. The students presented their fi...