MAN has been provisionally awarded the contract for the supply of 150 mild hybrid buses for ATM Milano. Following the awarding, a first order of 60 vehicles will be supplied within 2021. The news is reported on the Italian specialized magazine AUTOBUS. This was the first tender ever issued by ATM for the category of mild hybrid buses. Bids were submitted from MAN, Mercedes, Iveco and VDL. 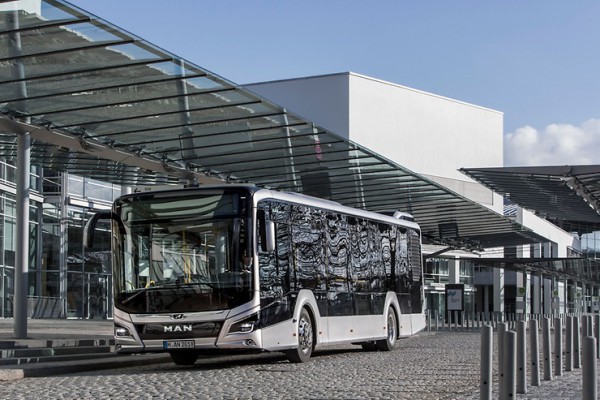 Taking a look at the scores given by the tender commission, Mercedes followed MAN, and then at third place we find Iveco. The real surprise of the tender was the participation of VDL, which today is active on the Italian market only in the coach sector, although a first e-mobility project has been announced in February 2020. Furthermore, the Dutch manufacturer doesn’t have any mild hybrid model in its portfolio so far. Anyhow, VDL was awarded the second technical score of the group. MAN’s first place, according to AUTOBUS, was deeply influenced by the economical offer.

The mild hybrid bus with the lion-shape logo stands out for the Efficient Hybrid module, consisting of a 6 kW electric motor-generator, developed by MAN together with Nidec. It is located between the engine and the gearbox of the city bus. Then, a 48V power line connects it to an inverter, a group of supercaps realized by Eberspacher-Maxwell, a 48V/24V converter dedicated to the onboard equipment.