The vehicle stands out to be the first Lithuanian-made electric bus. It has been developed from scratch by Vejo Projektai.

The European Energy Efficiency Fund (EEEF) is shareholder of the company Dancer Mobility, a member of the Vejo projektai companies group, which plans to develop an operating lease service for transport operators. 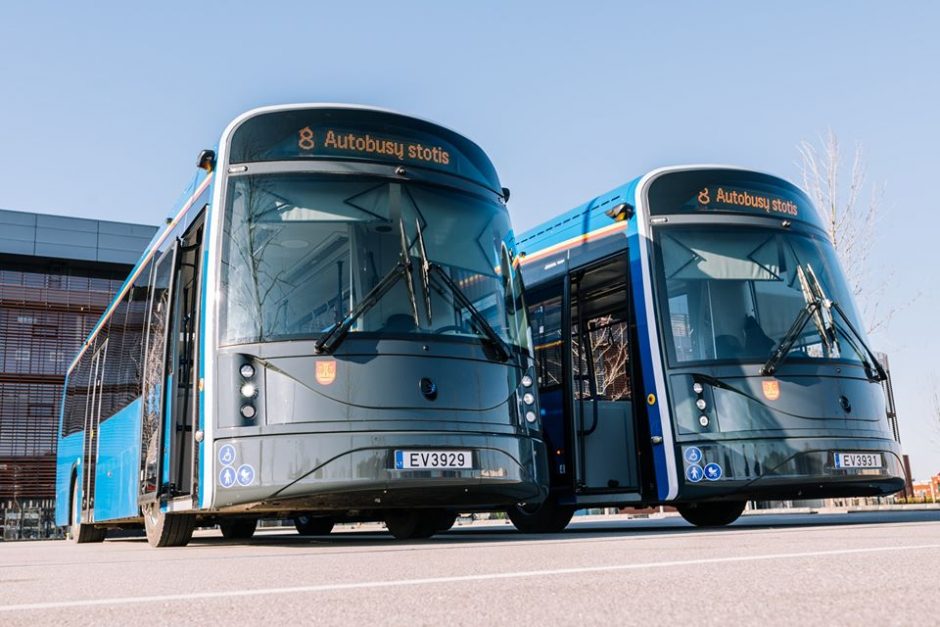 Klaipėda bus company drivers are now testing these new buses, Vejo Projektai points out, that will be officially deployed to serve route No. 8 right after the Easter weekend. The buses were acquired by the city municipality via the public bus company under the EU directives and the National air pollution reduction scheme by the Lithuanian government. 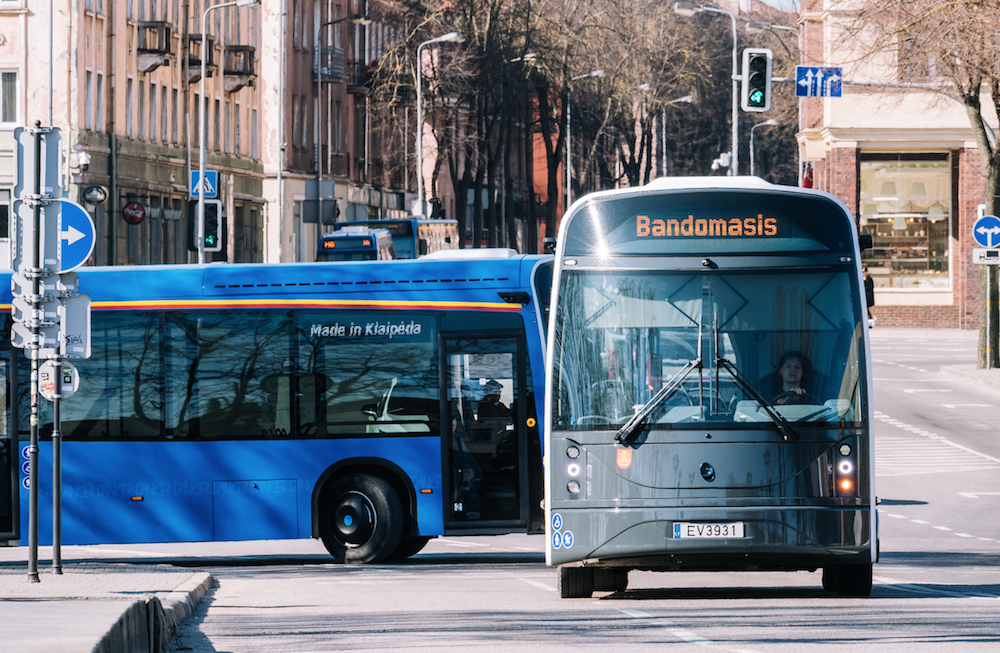 Klaipėda is a 150,000 inhabitants city in the west of the country, on the Baltic sea cost.

As above mentioned, the development of Dancer bus model has been carried out within the partnership named Vejo Projektai, which is presented as «a collaborative initiative between scientists, energy operators from the Baltic States, and universities in Kaunas and Klaipeda». Vejo Projekta was founded with in mind the idea of giving birth to a new generation city bus.

Now, the new R&D lab is being opened in Klaipėda free economic zone. 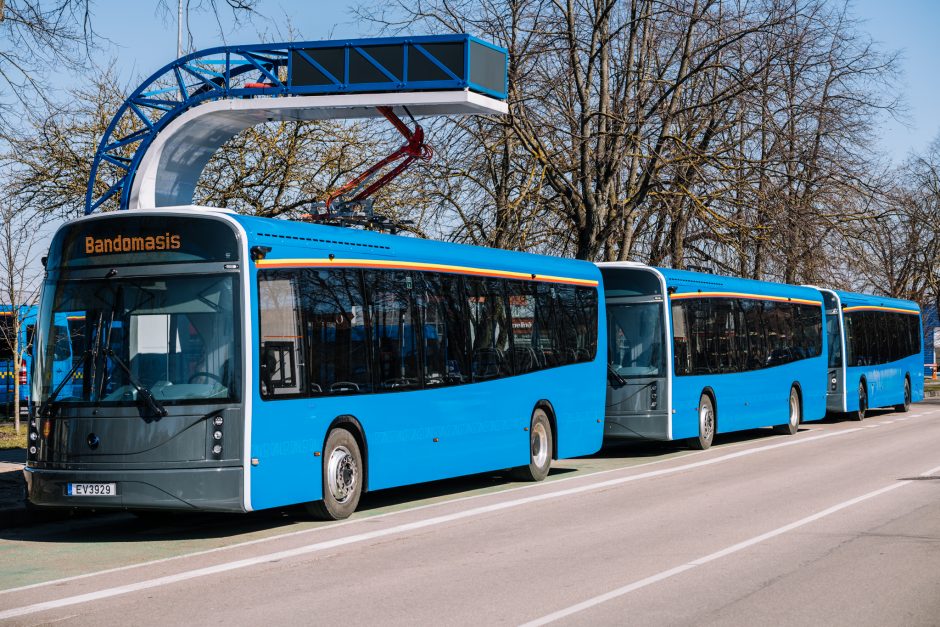 The first generation of Dancer bus received EU-wide certificate for passenger transportation in 2019, the producer points out. The launch of Dancer follows a test of composite materials applied to an old Skoda trolleybus, that has been converted to fully electric battery-based operation in Dancer’s labs. After this, the concept electric bus was created through the use of composite materials, also derived from recycled PET bottle plastic. The vehicle, 12 meters long, is equipped with in-wheel motors (the ZF AxTrax delivering a total of 250 kW).

The bus is fully equipped with comfort measures such as a modern AC system, high-speed wireless internet, USB sockets and an extendible ramp for wheelchair access. The bus also provides comfortable features for drivers such as night vision cameras transmitting 3D simulation of the surroundings to monitors that replace mirrors, the company highlights. 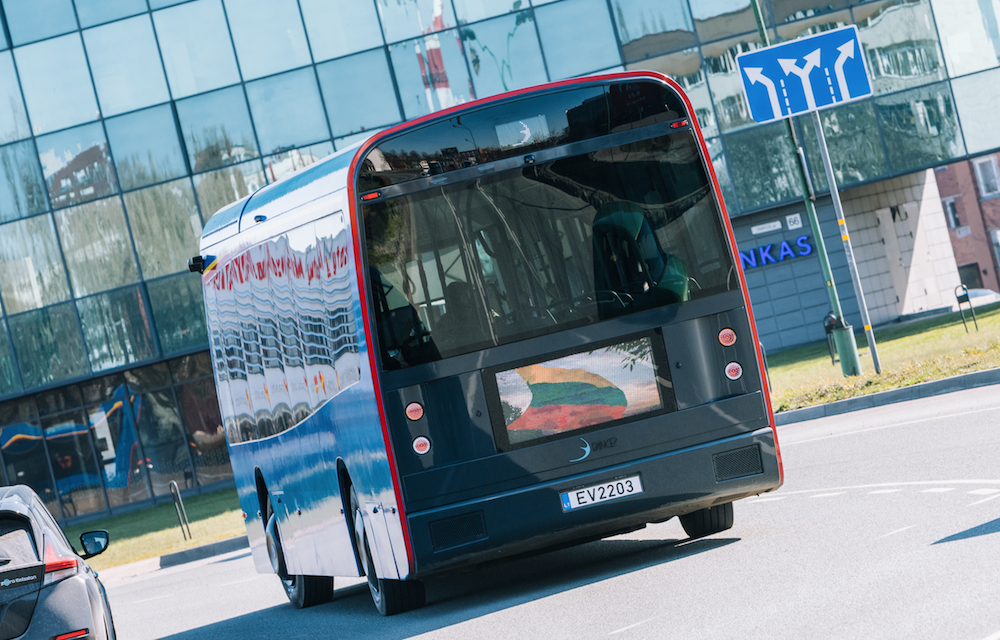 The producer claims to «have invented the lightest bus in the world» and states an empty weight of 9.77 tonnes, with room for no less than 92 passengers (32 seated). The producer quantifies energy consumption of the electric bus to be about 1 kWh/km (a very low value compared to the established models already on the market). The Dancer Bus is equipped with a 60 kWh battery based on LTO formula.

The bus is built for fast charging via pantograph. To this extent, Vėjo projektai has installed a particularly fast charging station near the city bus station. 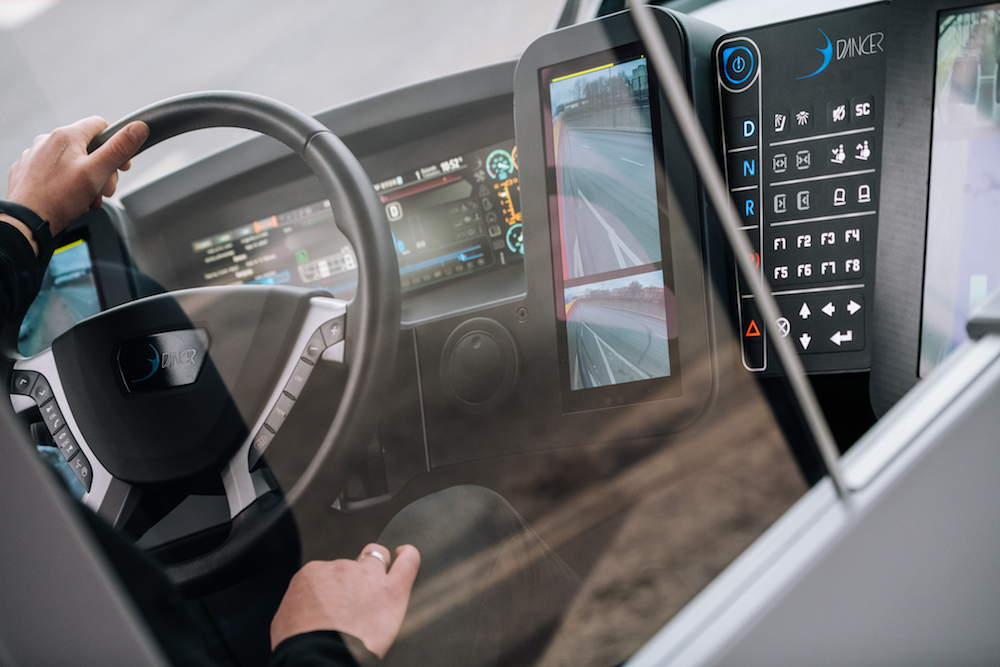 Wind energy for the public transport

«No doubts future of the public transport belongs to electric, majority of the European cities are preparing to obtain them» says Peter Klessascheck, the Managing Director of JSC Vejo projektai.

«Our company invests in environment-friendly transport since 2007. We were the pioneers of CNG buses in Lithuania. Today, more than two-thirds of our buses are CNG-powered. But we’re opening a new page of our history this week with pioneering in the area of electric buses» states Vaidas Ramanauskas, the CEO of Klaipeda Bus Park. What is also interesting is that the new buses are powered by renewable electricity, which is purchased directly from wind farms. 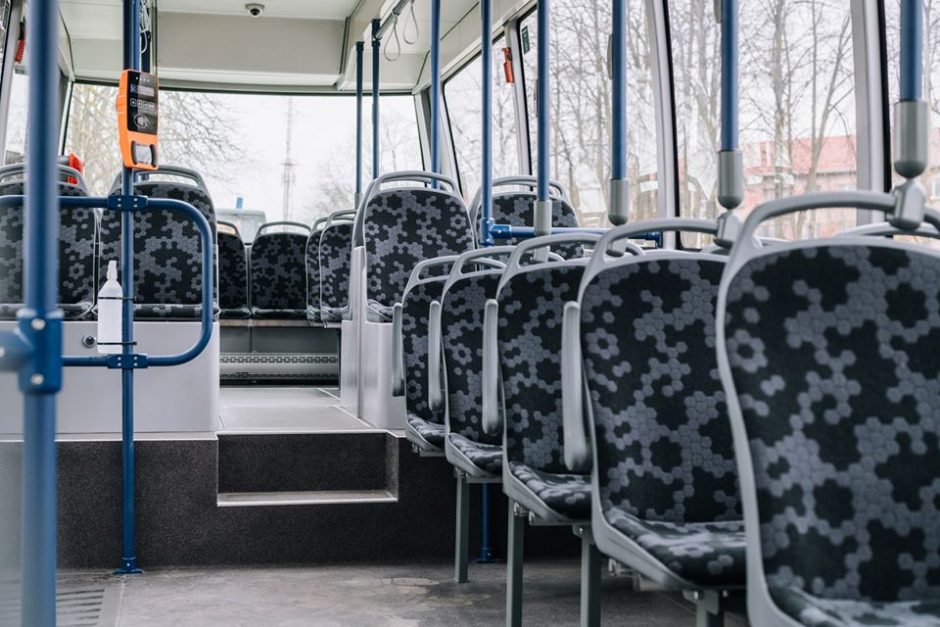