130 BYD e-buses weren’t enough: Los Angeles has decided for a further order, this time with Proterra, bringing the figure up to 155 electric buses. That now marks the largest investment on this technology in North America.

The major investment of Los Angeles Department of Transportation (LADOT) was announced today by Los Angeles Mayor Eric Garcetti. The city aims to reach a 100 per cent public transport by 2028. 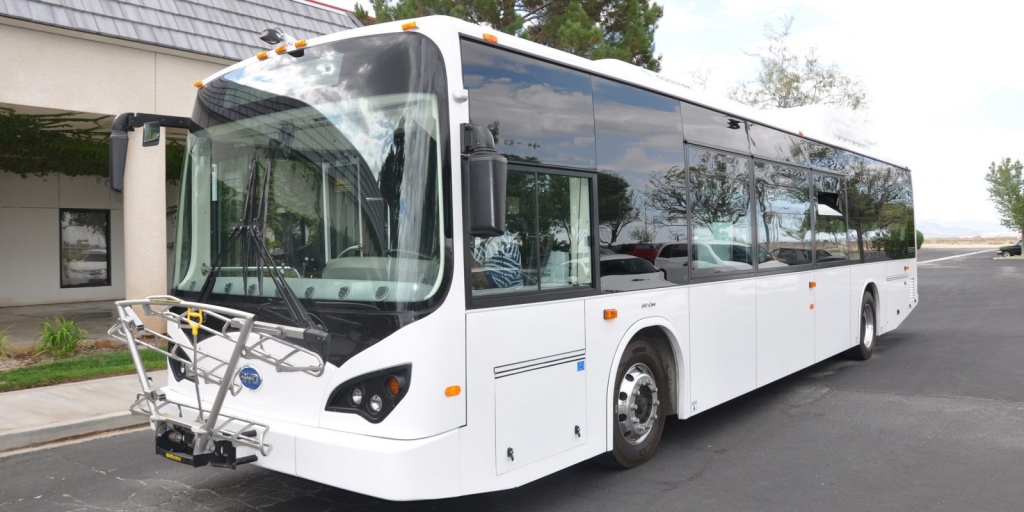 The first 25 e-buses in Los Angeles already this year

The order for 130 BYD electric buses was announced in November 2019. Then a further batch of 25 vehicles has been ordered from the local manufacturer Proterra. Four BYD e-buses have already been delivered, then the number of vehicles coming from the Chinese brand will be 134.

By this summer, the first 25 buses will be in service and the remaining 130 will arrive in 2021, LADOT officials said.

It’s no surprise that this major purchase is made by a Californian transport authority, as the state is leading the transition of the US toward cleaner transportation. California bus fleets are expected to be zero emission by 2040, according to the Innovative Clean Transit rule, voted by California’s Air Resources Board (CARB) in late 2018.

The 30-foot (12-meter) BYD K7M has 22 seats and can be charged in 2.5 to 3 hours. BYD says its range is 250 miles. The Chinese company offers a 12-year warranty on its batteries. The first ‘appearance’ of a BYD electric bus in Los Angeles dates back to 2014, when LADOT conducted a 90-day trial of a battery-electric bus. In January 2017, city officials introduced the first of four K9S battery-electric buses acquired by the LADOT with a grant from the California Energy Commission.

Alstom Aptis production is going to be stopped. The production lines will be halted by the end of 2021. The news is reported on several French media, among them the newspaper Le Figaro, and involves the plant of Hangenbieten (Bas-Rhin). It is reported that «the management adduces a lack of orders, a...
André Burdet is Vice President Product Management and Strategy and Head of e-mobility business at Hitachi ABB Power Grids. The company is sponsor of the Sustainable Bus Tour 2021 and will take a part to the webinar “The electric depot. Charging and managing large e-bus fleets”, scheduled...
Keolis has been awarded a ten-year contract, worth €150 million, by Västraffik, Gothenburg’s public transport authority (PTA), to operate and maintain articulated fully electric buses in the north-eastern part of the city. The contract is scheduled to come into force in June 2022. The contract...
Not only electric van and electric bus: Arrival activities are involving car manufacturing as the UK-based company made public yesterday that it is partnering with Uber to develop an affordable, purpose-built electric vehicle (EV) for ride-hailing drivers. Arrival has recently became a publicly list...