Electric buses are not enough to make a green fleet. Issues such as energy production and life cycle emissions are quite known and debated. But what is happening in UK is a real extreme case: a fleet of electric buses powered by a diesel generator. Indeed, Harrogate Bus Company claims it’s having red-tape troubles with infrastructures. So, the “fuelling” of the electric buses, for the moment, depend on… diesel. 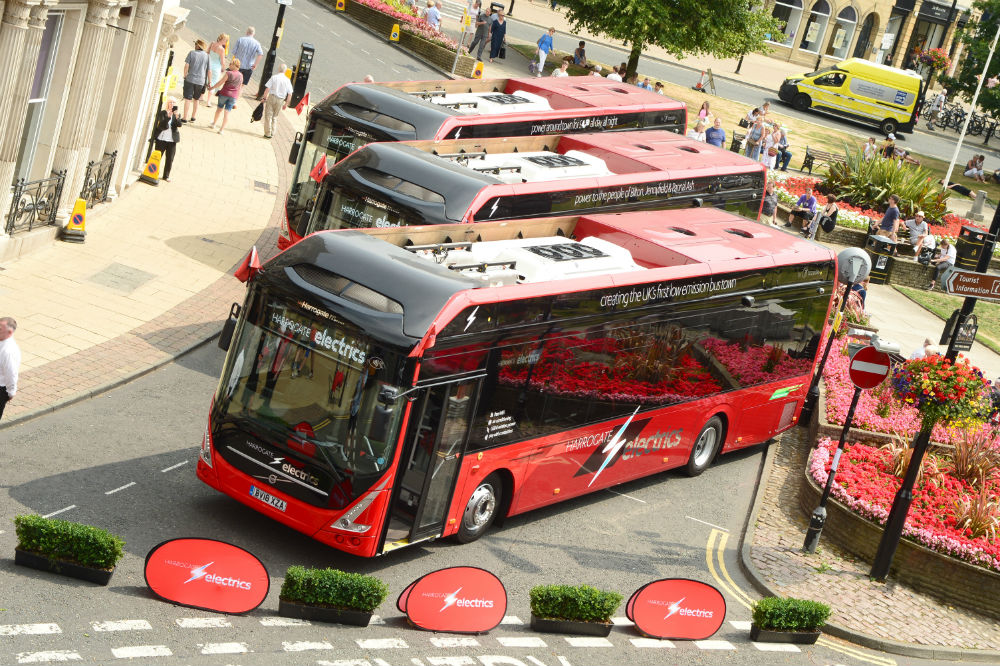 The fact was discovered by the BBC Local Democracy Reporting Service. Harrogate Bus Company is a subsidiary of Transdev Blazefield and presented in August a fleet of eight electric buses. They were welcomed as the first Opp-Charge buses in UK. In five years, according to the statements, Harrogate is supposed to become a low emission bus town. The buses are funded by a £2.25 million grant from the Government’s Low Emission Bus Scheme, while the company is investing about £1.7 million. The buses are Volvo 7900 Electric, equipped with wifi connection and Usb spots. And pantograph. In August local press reported that the buses were expected to go into service as soon as Northern Powergrid connects up the charging masts at the bus station, «probably in 2-3 weeks’ time».

But something went terribly wrong. Harrogate Bus Company’s general manager Keith Roebuck told the press that the generator was a “short term interim measure” for use while the company worked through a “red-tape infrastructure issue. We’re working hard to resolve the red-tape infrastructure issue which is preventing us from using the electric chargers as we had planned. Once we have resolved the issue, the chargers will be fuelled by a renewable energy contract ensuring that the buses are truly zero emission”.

Three charging stations at the depot

BBC also quoted a spokeman from Northern Powergrid, who confirmed that the power company would be able to supply the required capacity to power the fleet from the three charging masts at the bus station. “We’ve worked closely with The Harrogate Bus Company, their chosen independent connection provider and independent distribution network operator to make available a connection and the required capacity to help transform Harrogate into Britain’s first low emission bus town,” the spokeswoman said. 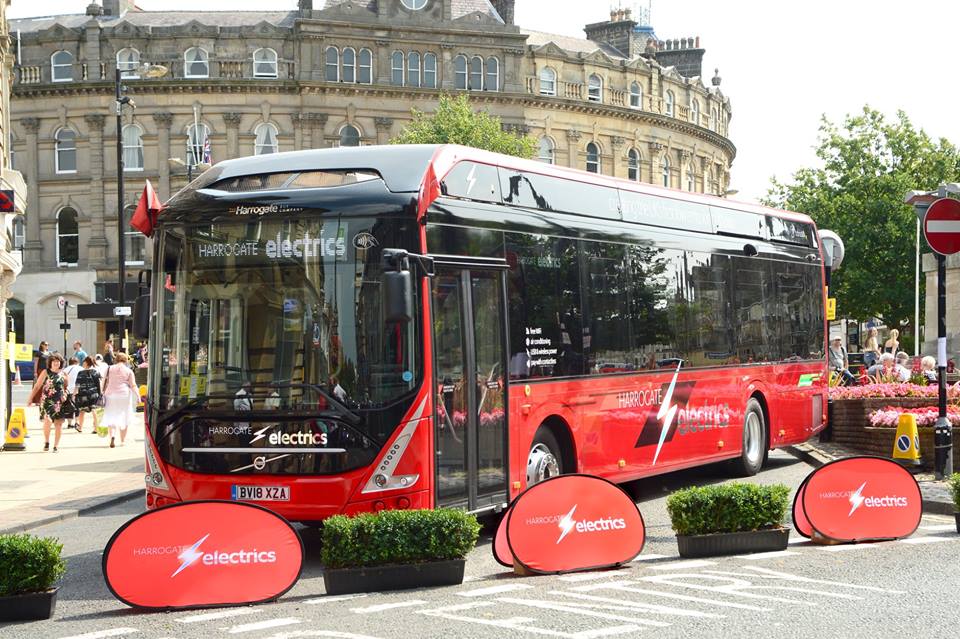 Solaris and Hermes (part of Transdev Netherlands/Connexxion), have signed a contract for the delivery of 10 Trollino 18 trolleybuses in MetroStyle design. These emission-free trolleybuses will be rolled out in Arnhem Nijmegen region as well as in the entire province of Gelderland. The vehicles will ...
BYD and Castrosua launch a cooperation to build electric buses for the Spanish market. BYD has signed a framework agreement with the local bodybuilder so that they will collaborate to produce eco-friendly customised 12-metre eBuses in Spain, specifically for the Spanish market. The BYD-Castrosua 12-...
Transport for Greater Manchester has ordered 50 zero-emission double deck buses from Alexander Dennis for the first phase of the franchised Bee Network bus system which will launch in September 2023. Alexander Dennis has recently announced the launch in 2023 of its in-house developed e-bus range, bu...
Another bus premiere at InnoTrans: as previously announced, today Škoda Group has launched the new hydrogen-powered Škoda H’CITY 12 bus. The vehicle is based on the very same platform as the E’CITY e-bus and the trolleybus Skoda T’CITY, both launched this year. Škoda H’CITY 1...