Following a first purchase of 25 Solaris electric buses and the awarding to the Polish manufacturer of a 250 units framework contract (with 40 units already delivered), ATM Milano has decided to commission another 100 battery-electric buses from Bolechowo. 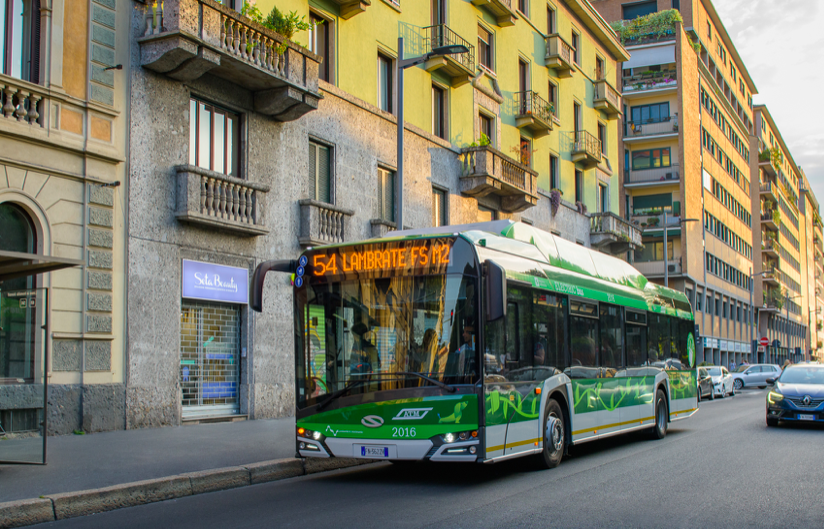 In line with the framework contract, the Milanese carrier commissioned Solaris to execute yet another batch of the order – 100 zero-emission 12-meter electric buses. Together with the supply of 40 units purchased by ATM Milano in 2019, the number of Urbino electric buses will raise to 140. Solaris is to deliver the newly ordered 100 vehicles to the Italian fashion capital in the first half of 2021.

Once the contract is fully performed, there will be up to 275 zero-emission Solaris vehicles servicing transport in Milan in total. The first electric buses – 25 Urbino 12 electric – appeared in Milan already back in 2018 and 2019.

Milan-based ATM has decided in favour of customised retrofitting of the buses with two innovative solutions. The first of these is Mobileye Shield+, a warning system – using acoustic and visual alerts – indicating objects in a driver’s blind spot, indicating when a vehicle changes lanes without signalling beforehand or signalling that the appropriate distance to the vehicle in front is not maintained.

Mirrorless buses: a pilot in Milan

The second one is MirrorEye, a solution which will be implemented – for testing purposes – in one electric bus for Milan. This solution consists in replacing side mirrors with cameras ensuring a much better visibility, in particular at night and in difficult weather conditions.

The successive execution of the tender for the supply of 250 electric buses for ATM in Milan is confirmation of earlier declarations of the Italian carrier, in line with which ATM Milan intends to do without any diesel buses by the end of 2030. Also 80 trolleybuses by Solaris have been commissioned to this extent.

“We are extremely happy that we have the opportunity to supply ATM in Milan with more electric Solaris buses. It is a huge investment, not only in modern, safe and comfortable municipal transport, but above all in clean air and improved quality of life,” notes Alberto Fiore, Managing Director of Solaris Italia.

“The possibility of cooperation with such an accomplished carrier as the ATM in Milan is an invaluable experience for us. It is an honour to be once again invited to co-create a future of public transport in Milan free of pollution and noise,” remarks Petros Spinaris, Board Member for Sales, Marketing and Customer Service, Solaris Bus & Coach sp. z o.o.

“Electromobility is not an empty phrase. 1000 sold electric buses is a proud accomplishment all of our company’s employees have worked for. We have been setting new standards of urban transport for years and have a real impact on the sustainable development of transport in cities. All of that would not have been possible without the trust of our clients. We thank you!”, underscores Petros Spinaris.