First series of the VDL Citea new generation ordered: transport operator Hermes (Transdev) aims for further greening of Eindhoven with 32 Citea, and will introduce in the operation a batch of vehicles from the new ‘family’ that will be launched this year (the unveiling was scheduled for Busworld 2021, that has been cancelled). 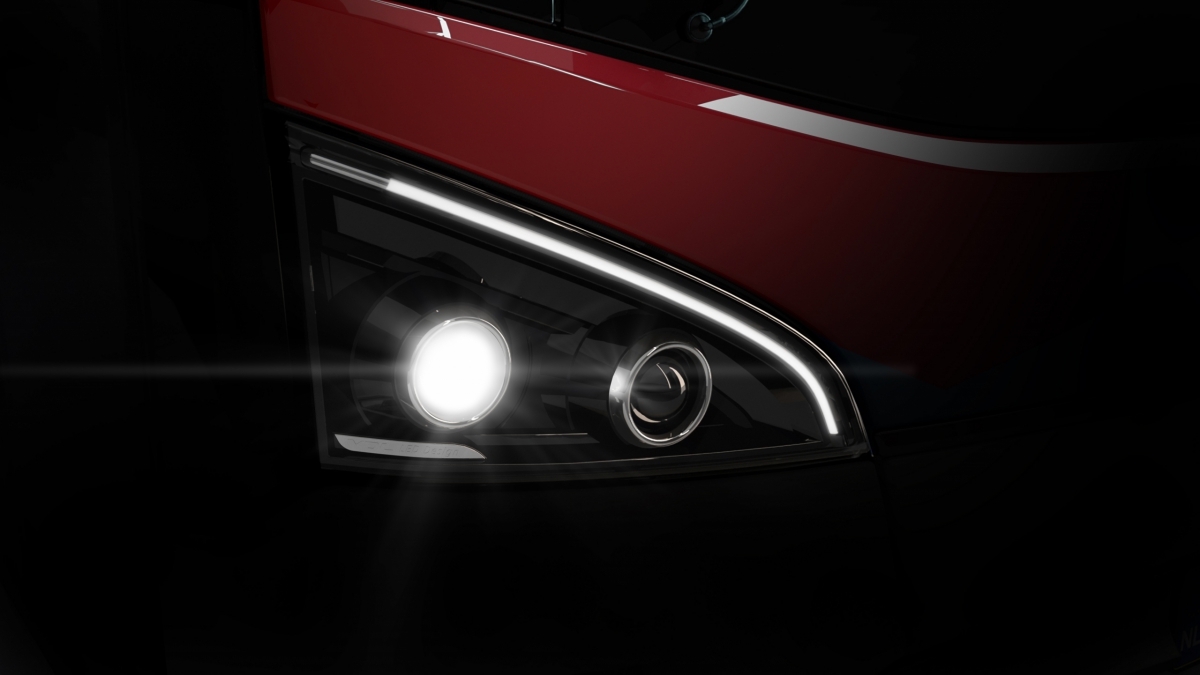 With the order for the first series of new generation Citeas from VDL Bus & Coach (although the first vehicles are set to operate in Finland), public transport company Hermes is investing heavily in the quality of public transport and the further greening of the Eindhoven region. The total of 32 VDL Citea city buses, based entirely on an electric drivetrain, will be seen out and about in Eindhoven from January 2022.

This order is an important next step in the tender issued by the Dutch province of North Brabant, with the aim of switching completely to public transport that no longer emits harmful substances in the period 2016-2025. The contract with Hermes, which won the ‘Southeast Brabant concession’ in 2016, was signed yesterday. It covers new generation Citeas of the type LF-122 with a length of 12.2 metres.

VDL Citea for Hermes, battery in the floor

The new generation Citeas have been specially equipped with the so-called Brainport package for Hermes. These include safety systems such as the Forward Collision Warning and Blind Spot Detection system.

In the new generation Citeas, the battery packs are integrated into the floor as standard, allowing for more passenger space, up to a maximum of 110 people in a 12.2-metre vehicle. For this new generation of electric city buses, VDL Bus & Coach has developed a composite sidewall that consists of a single piece. This causes less vibration and reduces noise, which contributes to passenger comfort.

The side wall improves the insulation of the bus, reducing the need to heat and cool the bus. Moreover, this composite side wall construction is 15% lighter than a conventional side wall. For VDL Bus & Coach, having an attractive design language is an important asset in getting more people to choose public transport.

President Willem van der Leegte of VDL Groep: “Hermes stuck its neck out four years ago to start what was then Europe’s largest electric bus fleet in Eindhoven. It was a fantastic milestone that generated worldwide interest. The fact that Hermes is now taking the next step by ordering 32 new generation Citeas for Eindhoven from VDL is an example of their vision to electrify public transport in the region. We are therefore proud of this longstanding strength through cooperation in Eindhoven, the home base of VDL.”

“Together with VDL, we run a unique operation in Eindhoven,” says Martijn Mentink, regional director of Hermes. “In recent years, many other European transport companies and cities have visited Eindhoven to see and experience with their own eyes that the future of e-mobility in public transport has already begun here. I am therefore very pleased that with this investment in a new zero emission city fleet we can further contribute to stronger and cleaner public transport. The coronavirus crisis is having a major impact on public transport, but we continue to believe that innovation pays off even in these difficult times. Together with the province, we have made this investment possible. The many millions of kilometres travelled using the reliable VDL Citeas have provided us with a wealth of knowledge and experience. We therefore look forward with confidence to the moment when the fleet of new generation Citeas from VDL Bus & Coach will be on the road in Eindhoven.”

Christophe van der Maat (member of the provincial executive of North Brabant): “I am pleased with the role that the province has been able to play in the smart financing of these new, clean buses. Public transport is under pressure because of the consequences of coronavirus, but in this way we are helping each other to maintain our shared sustainability ambitions. The best part is that these buses are made in Brabant. This substantial investment is good for our passengers, Hermes, VDL and the province.