Home/News/It’s already time for electric trucks, UCS says
It’s already time for electric trucks, UCS says
Converting the whole truck fleet in the US to electricity would reduce the total demand for energy by 71 percent, because electric vehicles are significantly more efficient than diesel and gasoline vehicles, says a recent analysis released by the Union of Concerned Scientists (UCS). The new report, addressed mainly at the truck market, echoes another study from UCS, focused on buses and published in summer 2018.

The study by UCS, released in December 2019, quantified the global warming emissions generated by driving electric trucks charged on all power grids in the country, from the cleanest grids that use large amounts of solar and wind power to the dirtiest grids that still rely on coal. The analysis found electric trucks emit 44 to 79 percent less life cycle global warming emissions than similar diesel trucks, depending on the type of vehicle. 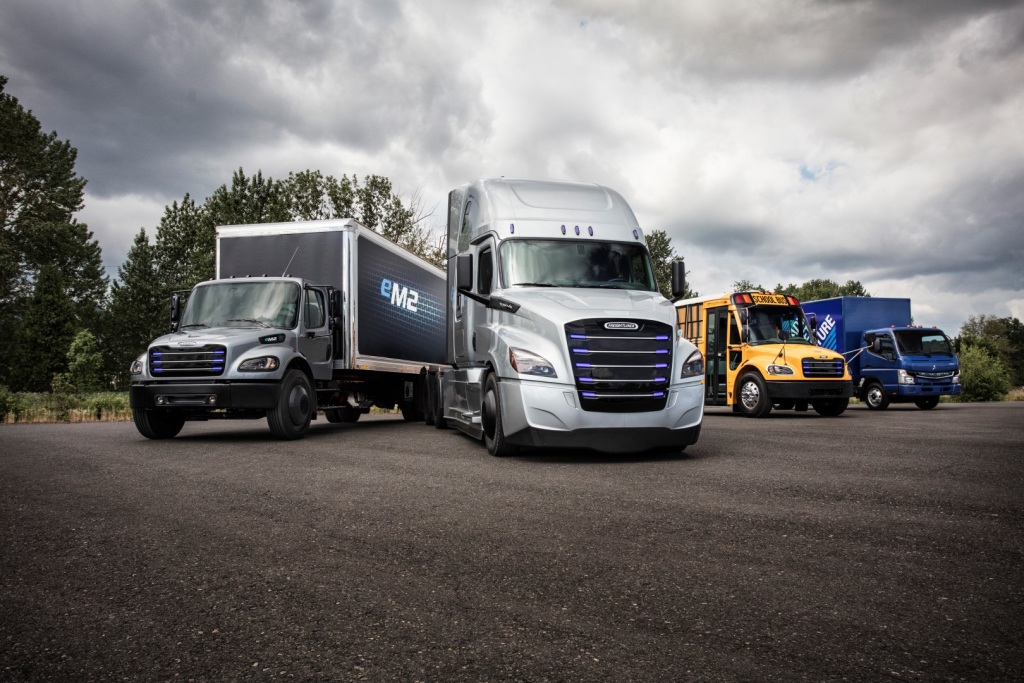 The analysis found there are many trucks whose operating characteristics are well-suited for electrification, including those that operate in defined areas and park at central depots where they can be recharged.

For electric trucks, range is not necessarily an issue

Two-thirds of U.S. trucks travel 20,000 miles or less each year – an average of 80 miles per day if driven 5 days per week and 50 weeks per year – well within the operating range of battery electric trucks operating on a single charge.

Earlier this year, Amazon announced plans to add 100,000 electric trucks to its fleet of delivery vehicles starting in 2021. This came after FedEx and UPS announced they each planned to order 1,000 electric delivery trucks.

US trucks to increase energy consumption by 13 percent

The study found that electrifying all US trucks would increase national electricity consumption by 13 percent, yet it would reduce the total demand for energy by 71 percent because electric vehicles are significantly more efficient than diesel and gasoline vehicles.

Additionally, the health benefits of truck electrification would be most felt by people adversely affected by air pollution from heavy duty vehicles, according to the report. Heavy-duty vehicles emit 45 percent of the U.S. transportation sector’s nitrogen oxide (NOx) pollution and 57 percent of its fine particulate matter (PM2.5) pollution, which disproportionately affects communities of color and low-income communities due to proximity to roads and heavy vehicular traffic. Electric trucks do not emit any NOxor PM2.5 pollution during vehicle operation.

70 models of electric trucks in the US

There are 27 manufacturers offering 70 different models of electric trucks and buses in the United States, according to UCS.

The UCS analysis recommends that federal and state leaders provide financial incentives for the purchase of electric trucks and establish clean fuel standards, that utilities invest in charging infrastructure and ensure fair and reasonable electric rates for truck charging, and that cities create low- or zero-emission zones that give electric trucks preferred access to urban centers and freight hubs like ports and warehouses. These policies, investments and incentives would quickly transition the trucking industry from diesel to electric, according to the report.

“Electrifying trucks will require commitment and planning, but it needs to be done because they contribute a large portion of the carbon emissions causing climate change and the diesel pollution that affects people’s health,” said Jimmy O’Dea, senior vehicles analyst at UCS and report author.