If a diesel bus attained 12 miles (instead of 4,8) per gallon… then they would be as clean as an electric bus. Across the United States, electric buses have lower global warming emissions than diesel and natural gas buses, even in cities with power grids that depend on coal and natural gas power plants, according to an analysis recently released by the Union of Concerned Scientists (UCS).

The study found electric buses produce less than half of the global warming pollutants than diesel or natural gas buses on average. 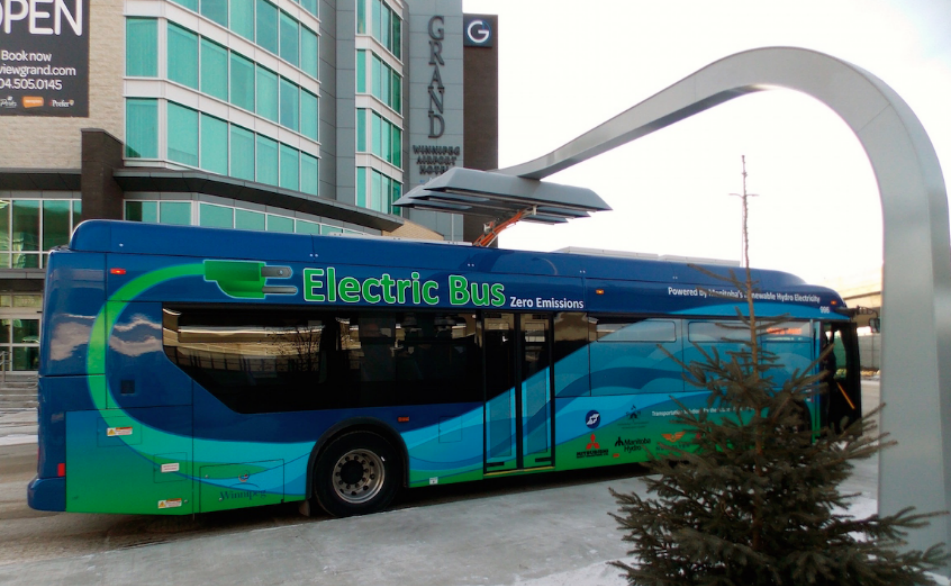 Global warming pollutants in the spotlight

Two starting clarification are required: the study is focused on U.S. contextand considers global warming pollution sources only. Particulate emission, for instance, are not considered, since they’re not related to global warming. ù

UCS (that of course, as the name declares, is deeply committed to environment issues) points out that heavy-duty vehicles, including buses, make up only 5 percent of all vehicles on the road today but contribute 25 percent of global warming emissions in the transportation sector and a significant amount of air pollution. Most of U.S.’ carbon dioxide emissions that cause climate change come from transportation.

The study by UCS has the merit of taking into consideration the life cycle global warming emissions for battery electric buses: a definition that includes those from generating electricity and extracting, processing, and transporting the fuels used to generate electricity. 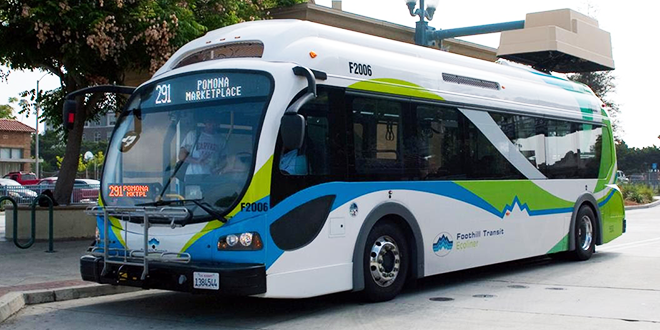 UCS had already demonstrated in another study that, for buses charged on California’s grid, battery electric buses had 70 percent lower global warming emissions than a diesel or a natural gas. The reason is simple: California is the country leader in electricity generation from non-hydroelectric renewable energy source (geothermal, wind, solar). 29 per cent of electric generation in 2017 has come from renewable sources (source: California energy commission).

UCS found out that electric buses are the cleanest in the whole Pacific Northwest region that depend on hydropower, Carolina and Mid-Atlantic states that have relatively high levels of low-carbon nuclear power, and in New York and New England that have a combination of these energy sources. These places also use less coal to generate their electricity. 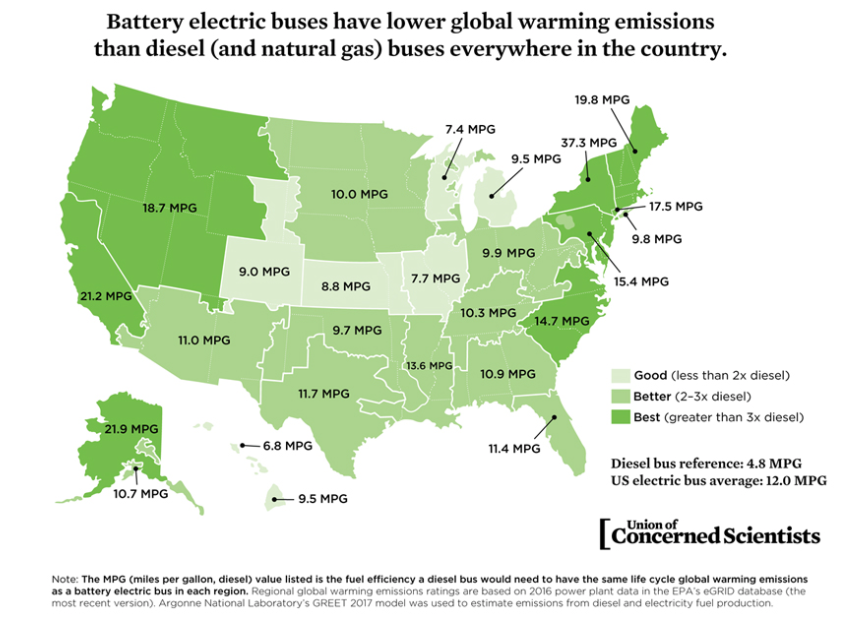 A little problem relies on the fact that, to date, electric buses fleet needs more vehicle to execute the same service as diesel buses, because they require longer charging time and can carry less people because of the weight of batteries. A problem that should be fixed in the years to come, as batteries are expected to store more electricity in the same weight/space.

And the grid is getting cleaner…

The study, based on data concerning 2016 grid, outlines also that «the grid is getting cleaner every year. Emission rates from electricity have steadily declined the last sixteen years».

Taking a look at upstate New York, the region with the lowest carbon grid in the country (roughly 30 percent hydropower, 30 percent nuclear, 30 percent natural gas, reported the study), UCS finds out that a battery electric bus has even nearly 90 percent lower global warming emissions than a diesel bus.

«A battery electric bus charged in upstate New York even has lower life cycle emissions than the average passenger vehicle on the road (new and old combined)! (…) without even accounting for the fact that a bus can carry a lot more people than a car», we read in the study by UCS. 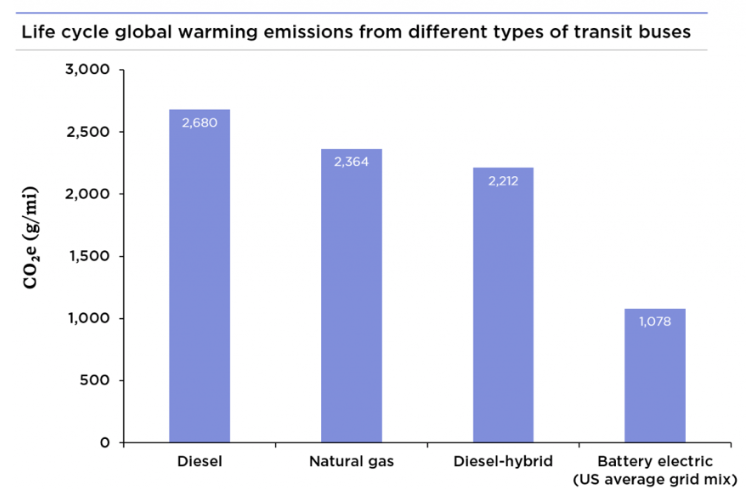 Electric buses breakthrough in the U.S.

Nationwide, UCS explains, more than 85 transit agencies have begun electrifying buses. Los Angeles Metro committed last year to fully electrifying its transit fleet by 2030 and Seattle’s King County Metro committed to an all-electric fleet by 2040. According to the consulting company Eb Start Consulting, during 2017 the number of electric buses delivered to US public transit agencies grew 83 percent (182 electric buses in service at 1/1/17, 383 one year later). Although market penetration remains low at about 0.5% of the total U.S. public transit bus market, 9% of all transit agencies either had electric buses in service or on order at the end of 2017. The market leaders? Proterra and BYD, both of which have recently tripled their manufacturing capacity to keep up with the demand. New Flyer come third.

“Everywhere in the country electric buses are better for climate than their diesel and natural gas counterparts,” said Jimmy O’Dea, senior vehicles analyst at UCS and study author. “In cities that get their electricity from power grids with the highest amounts of clean energy, electric buses are even cleaner than the typical car on the road today,” he said.

“In regions that use a lot of renewable energy, transitioning to electric buses should be a no-brainer,” adds O’Dea. “But even in places like Cleveland or Minneapolis that still rely on coal, electric buses have the advantage of getting cleaner as the power grid gets cleaner, and transit agencies have the option to power their buses with renewable electricity.”

“Every time a big or small city commits to electric buses they increase the market demand, pave the way for more transit agencies to purchase electric, and get us closer to electrifying all heavy-duty vehicles,” said O’Dea.

“It makes sense for all cities to electrify their transit fleets, cut toxic pollution along bus routes, and help the planet avoid the worst impacts of climate change – still O’Dea speaking -. Electric transit buses are a climate solution that cities and transit agencies can start implementing today.”