31 new battery-electric buses in Kiel‘s future, thanks to additional funding just awarded to the public transport company KVG from the Federal government. The city will witness the entry in operation of 11 articulated e-buses and 20 12-meter vehicles. Also three electric minibuses will be procured. The company expects to have 67 e-buses in operation by the end of 2021, as a first batch of 36 articulated e-buses was awarded to VDL in late 2019. And still VDL will be the protagonist of this new order.

Following the tendering process, indeed, the Dutch manufacturer was once again awarded the contract for the bus supply, while the charging infrastructure will be installed by SBRS GmbH. 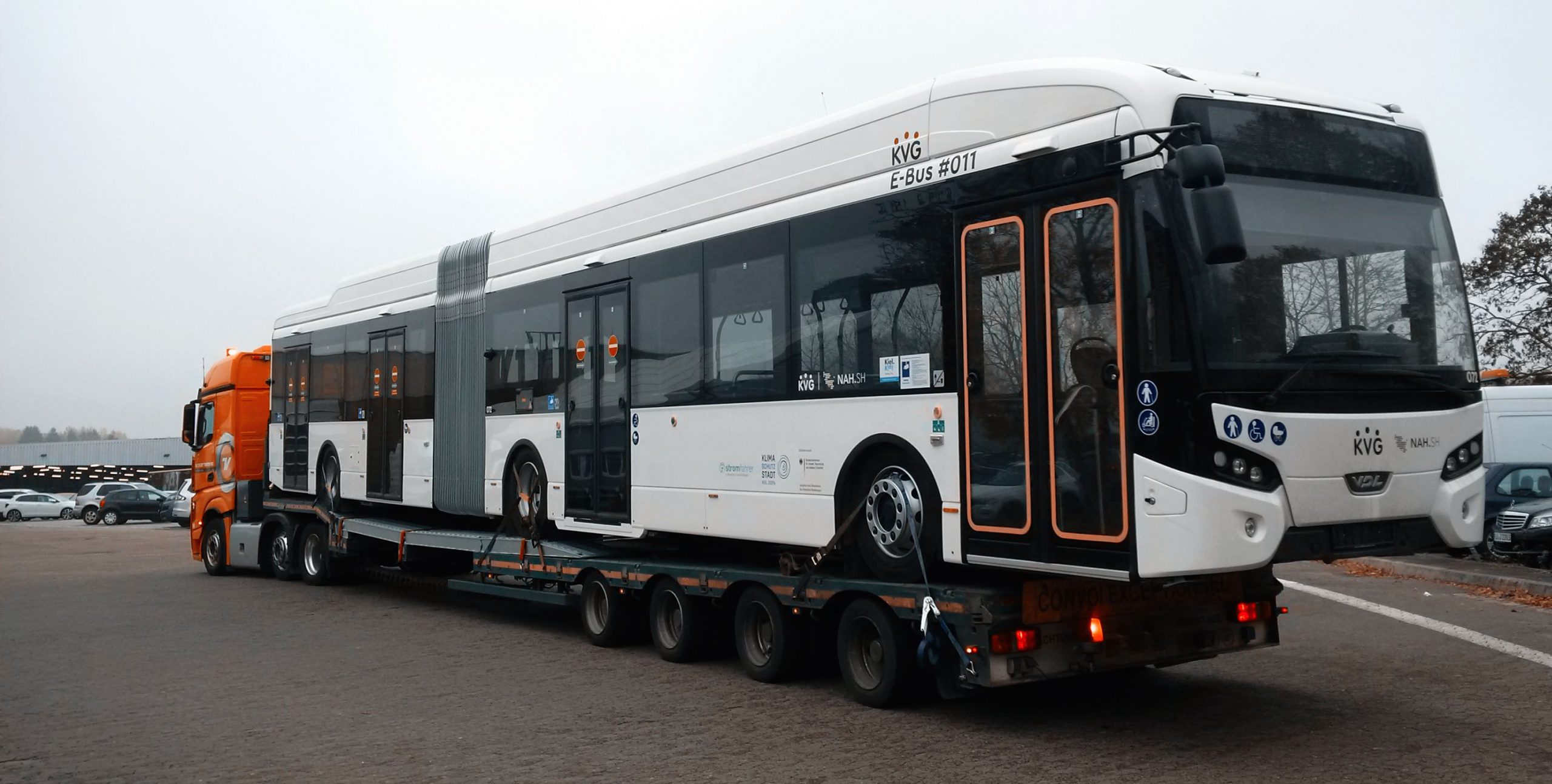 At the end of 2020, public transport operator of Kiel KVG was granted €13.187 million in Federal funding for the procurement of additional fully electric buses and the corresponding charging infrastructure. This follows an already achieved awarding of €21.2 million funding by the Federal Ministry for the Environment, Nature Conservation and Nuclear Safety (BMU) in 2019. Kiel is the capital of the northern German state of Schleswig-Holstein

With the newly awarded money KVG plans to buy eleven more fully electric articulated buses and to equip three more terminal stops with two high-power chargers each. Finally, the public transport operator wants to cover the KVG project E-Bus 2.0. The latter provides for the procurement of 20 fully electric standard buses and 20 charging stations for depots with 150 kilowatts (kW) power each. In addition, the tender for three all-electric minibuses can be issued.

The final delivery of the VDL articulated e-buses (47 in total) is planned for this year until September 2021. In the fourth quarter, KVG expects 20 fully electric 12-meter e-buses. A further 20 charging points are to be installed at the Werftstraße depot in the 2nd/3rd quarter of 2021.

Kiel, 67 electric buses by the end of the year

Managing Director Andreas Schulz explains: “Against the background of this new funding framework, KVG intends to consistently continue the conversion of the bus fleet to electric drives with this next step and will manage to put 67 all-electric vehicles into regular service by the end of this year. As of today, 18 fully electric vehicles are already operating on Kiel’s roads. 131,732 kilometres have been covered since the first E-bus went into service in September last year”.

Lord Mayor Dr. Ulf Kämpfer adds: “This is good news for Kiel. The state capital is pleased that public transport in Kiel is being financially enabled to take a further step in the direction of e-mobility. By procuring e-buses, KVG is helping to make traffic quieter and enabling Kiel to achieve its ambitious climate targets.”