King Long and ABB together to ‘export’ flash charging to China

Flash charging ‘approaches’ Chinese market. ABB is going to ‘export’ the TOSA model (flash-charging during bus stops) in China thanks to an agreement signed with bus manufacturer King Long.

According to the understatement, the two companies will jointly develop an ebus suitable for that kind of charging. King Long electric bus will feature ABB’s TOSA flash-charging system that tops up the battery in just seconds while passengers get on and off the bus. A system already in operation in Geneva (Switzerland) with Hess buses (in the picture). 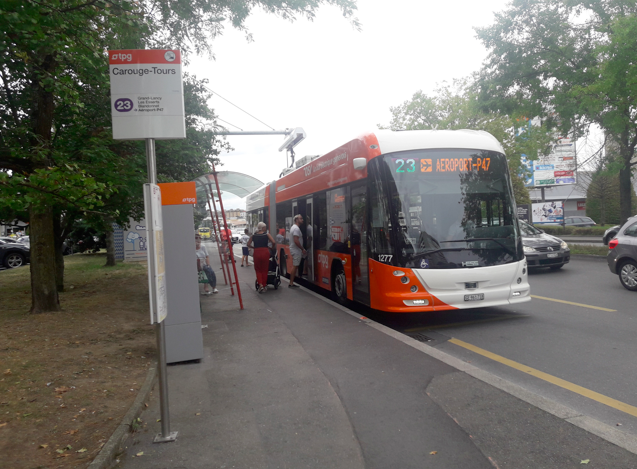 King Long electric bus with ABB, concept is being built

For demonstration to customers, the partners are building a pilot project in China. King Long will design and assemble the electric bus, while ABB will provide the TOSA flash-charging solution consisting of a wayside feeding station, an energy transfer system and an onboard battery charger.

In the Swiss city of Geneva, ABB’s TOSA is already an established ebus technology. It has operated for more than 500,000 kilometers, transported millions of passengers and saved more than 1,000 tons of carbon dioxide emissions, ABB highlights. The system is also scheduled to start operating on 20 ebuses in Nantes, France, in September 2019.

No surprise that the Chinese ebus market is gaining the attention of European supplier. For instance, the German group ZF announced the launch of a new central drive for electric buses and medium-duty trucks, developed in China for domestic market.

TOSA by ABB, a solution for high frequency routes

As announced in November 2018, ABB is building new global headquarter and R&D center in order to advance its leading position in EV charging infrastructure. The facility will dedicate a particular attention on the electric bus segment: the testing areas will be large enough for a public transport bus to drive inside. The new facility (3,600 square meters) will be built in the Netherlands (Heertjeslaan) and will be ready by 2019. The investment? 10 million dollars. The building will be fully sustainable, provided with a broad range of ABB technology from solar inverters to switchgear and EV chargers.