May hydrogen end up being a brake to the greening of road transport? An Opinion

Recently, the European Commission published an ambitious plan to boost hydrogen production both inside and outside Europe. On the day before, the Port of Rotterdam announced plans to operate a thousand hydrogen-powered trucks. Meanwhile, in America, shares in hydrogen truck producer Nikola were making waves in the financial press. Its market valuation soared to over $20 billion, without the company having produced a single truck.

The importance of green hydrogen – in other words, hydrogen produced from water by electrolysis using green electricity – is hard to overstate.

For example, there is no other green fuel on the horizon able to meet the needs of fuel-guzzling aviation and shipping. The same is true of many industrial processes and products. What is more, energy can be stored directly in the form of hydrogen for times when the wind isn’t blowing or the sun shining. 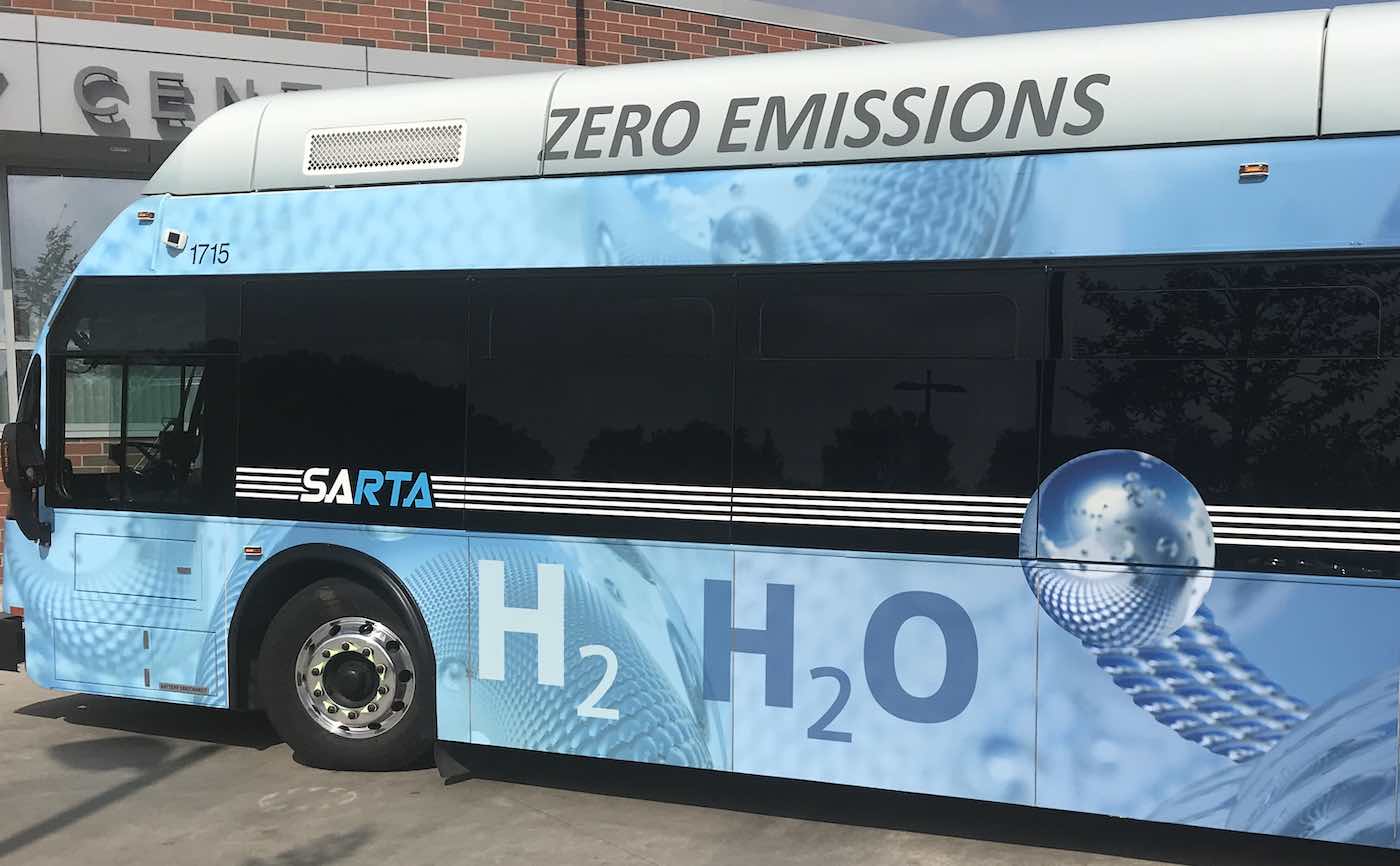 «Hydrogen used in the wrong way»

But hydrogen can also be used in the wrong way. For example, heating with hydrogen requires three times more electricity than heating with electric heat pumps combined with boilers and heat buffers. And hydrogen-powered road transport doesn’t speed up the energy transition, but rather slows it down.

Here’s the thing: green hydrogen-powered transport involves compressing the hydrogen, storing it, transporting it and filling the vehicle’s tank with it. The vehicle converts the hydrogen back into water via a fuel cell, releasing power to an electric motor. This results in a massive energy loss of almost two-thirds. After electrolysis, only 75% of the wind or solar power remains. After compression and transport, less than 65% is left. Finally, the fuel cell effectively converts only 30–35% into electricity. At every stage, residual heat is produced which is hardly usable.

Volkswagen published a comparison with ordinary electric cars (battery electric vehicles, or BEVs). These battery cars, which charge from the grid, utilise 80% of the electricity produced. Volkswagen allows for a certain power loss, because charging is sometimes done from an external battery in the absence of solar or wind power. Hence, VW puts power utilisation at around 76%. That is a huge difference: one wind turbine can power a thousand BEVs, but fewer than four hundred hydrogen-powered cars. That is why almost all European and American car manufacturers are rightly abandoning the development of hydrogen-powered cars.

Exactly the same applies to vans, buses and trucks running on hydrogen, and even trains and barges. In each case, two thirds of the original energy is simply thrown away. With batteries, less than a quarter is lost. ING Bank economists forecast that all road transport, including HGVs, will become much more energy-efficient and considerably cheaper within the next few years thanks to BEVs, now that batteries are rapidly becoming lighter and cheaper (and, not unimportantly, soon without the need for controversial cobalt).

«Battery industry is developing faster than the H2 industry»

The battery industry is developing much faster than the hydrogen industry. Over the past ten years, electrolysis and fuel cells have become scarcely any more efficient. Meanwhile, lithium batteries have become more than 100% more powerful (in stored kilowatt hours per kilogram). And all this at more than half the price per stored kilowatt hour. This development is still accelerating.

A completely new generation of lithium batteries (lithium polymer and lithium sulphur) is on the way. Important developments are taking place in the area of flow batteries for large-scale external power storage. There’s a whole range of technologies, capable of storing energy with far lower energy loss and with costs and weight decreasing all the time.

It is also better to produce hydrogen as fuel for power stations, to power the grid on days when there is no wind or sun. That is far more efficient than unnecessarily fuelling all cars (and trucks) with hydrogen all the time.

Another serious misconception is that it would be possible to produce hydrogen only during periods of solar or wind surplus. Electrolysis installations are far too expensive for that. They must be able to run for thousands of hours a year to be profitable.

Special wind and solar farms for hydrogen production should therefore be built, as recently proposed by Shell. But these can no longer be used to expand the supply of green electricity, which is urgently needed.

The issue of grid capacity

It is often argued that the current grid won’t be able to cope with future demand. That is true, but for the last hundred years we have been laying new power lines as and when we need them. The national and regional grid operators will simply carry on doing that, just at a faster pace.

We certainly need to invest in making electrolysis better and cheaper in order to produce green hydrogen. But we must stop promoting seriously wasteful and outdated hydrogen fuel cell technology at the expense of greening the power supply. Instead, we need to press ahead with far more efficient battery electric transport – for example, by encouraging the construction of fast chargers for electric trucks along motorways, thus allowing trucks to drive with relatively light battery packs.

The Netherlands is leading the way with charging infrastructure and electric buses. It is also in a position to take the lead in electric freight transport. This will benefit the climate, the economy and the taxpayer.