In September, the city of Leiden had a silent milestone: the 500th zero emission bus in the Netherlands went into service. We’ve come a long way since in 2015, the leaders of the PTAs in the Netherlands came to an agreement. From 2025 on, newly bought buses for public transport can only be emission free.

In 2030 the entire fleet (around 5000 buses) has to be clean on the exhaust pipe. We’re on a good pace: 10 percent of the Dutch fleet is now electrified. 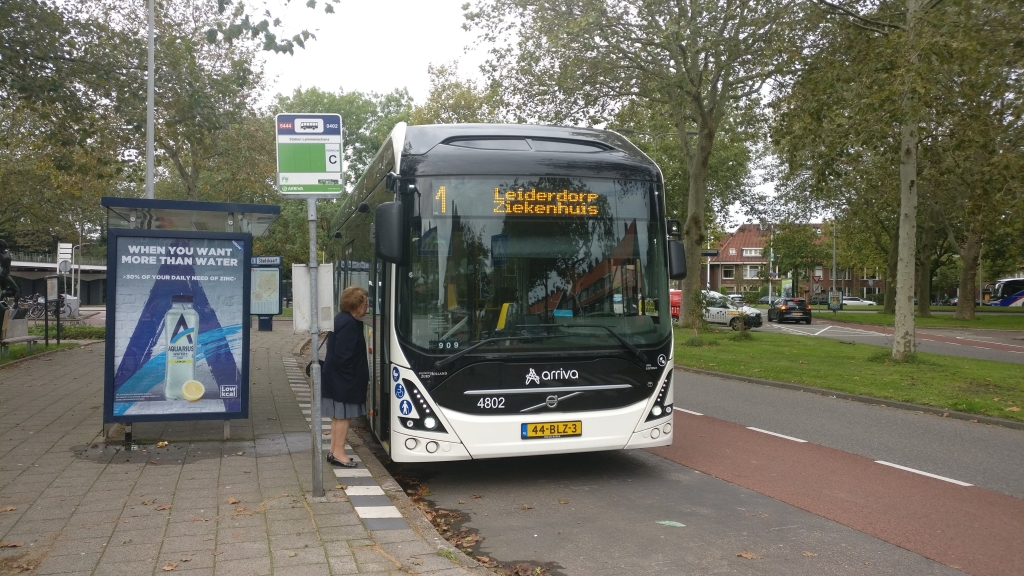 Transdev is the forerunner

The concession Amstelland-Meerlanden is front runner at the moment. More than 100 electric buses are driven by Transdev around Schiphol International Airport. Arriva, in the Dutch province of Limburg, is a good runner up with 95 buses, including some regional lines.

The concession DMG, south of Rotterdam and operated by Busitalia subsidiary Qbuzz comes third with 45 buses in operation at the moment. These operators make the top 3 in that order in zero emission vehicles as well as it comes on national scale.

Around 40 percent of the zero emission buses are operated by Transdev, around 30 percent by Arriva and over 14 percent by Qbuzz. EBS and Keolis are following on a distance. The city operators HTM in The Hague and RET in Rotterdam only have a few electric buses. Amsterdam operator GVB is the only PTO without a single zero emission bus.

The cards will be shaken totally different however in only a year time. Some major introductions are planned. In the northly provinces Groningen and Drenthe, 164 buses will be put in operation next December – a combination of buses with depot charging, opportunity charging as well as 20 hydrogen buses.

By the end of 2020, Keolis is expected to up over 300 electric buses on the streets in the eastern part of the Netherlands, with 95 percent of the total concession becoming emission free. Also in the cause of 2020, dozens of clean buses are going to be put into service in cities like Amsterdam, Rotterdam, Utrecht, Eindhoven and Haarlem. To put it short: a double sized electric fleet in less than a year time.

The challenges on the way towards the transition

Extrapolating these numbers and concluding that the total Dutch fleet is electrified in a matter of a three years’ time would be too easy though. Because challenges are lying ahead:

But some chances as well

Fortunately, there are chances enough too:

Putting our 500th electric bus into service may be a reason for a late celebration. But it is also an opportunity to think about the learning points so far. As with chances, there are plenty. And of course we’re more than happy to share this knowledge in depth with PTA’s and city operators.