Meritor announced nearly one year ago that it was about to supply its components to the battery-electric bus Alstom Aptis. Axles, air disc brakes and right angle gear box, in fact, came from Meritor’s advanced technologies brand Blue Horizon, which is a new Meritor brand focused on electric drivetrains and connectivity systems. At that time, this deal was announced to be the first electrification project carried out by US based Meritor in Europe.

Alstom Aptis had also been one of the three vehicles awarded with a 133 million euros contract in the framework of RATP tender for up to 800 electric buses. The very first series-produced Aptis was delivered in Strasbourg in early 2020.

In this interview T.J. Reed, Meritor’s vice president Global Electrification, outlines the company challenges and approaches with regards to electrification of heavy-duty vehicles. 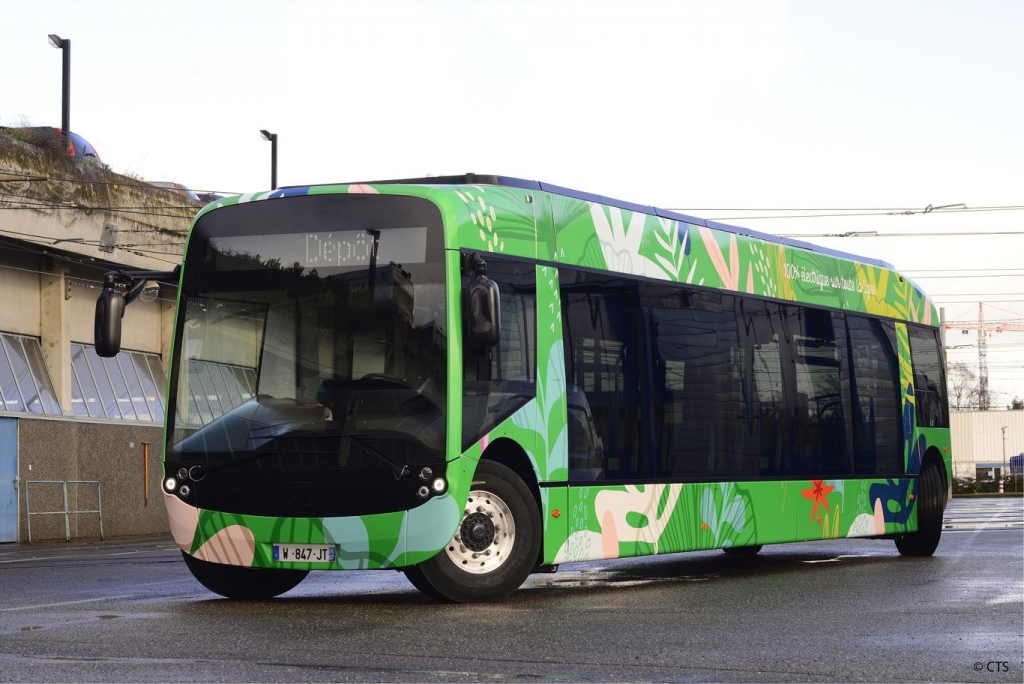 Mr. Reed, in the past Meritor has envisioned that 10% of the industrial vehicles will be electrified by 5 years. Do you still see this as an achievable goal?

«We expect low-volume production of Meritor’s electric solutions to begin in 2021 and higher volumes to follow as demand for these solutions increases around 2025. As a result of the highly uncertain operating environment due to the coronavirus pandemic we are not in a position to confirm that around 10% of the industrial vehicles will be electrified within the next 5 years».

What are the issues connected to adapting the axles to a powertrain consisting of electric motors and a battery pack compared to the mechanical transmission of a traditional driveline?

«Electrifying commercial vehicle platforms can be done in several ways. The conventional electric vehicle architecture, available today from most OEMs on electric vehicles, where the combustion engine is replaced by an electric motor, does not have a significant impact on the axles and brakes of the vehicle, although Meritor is adopting a series of measures to optimize conventional axle, braking and driveline solutions to better operate in hybrid and electrified systems. 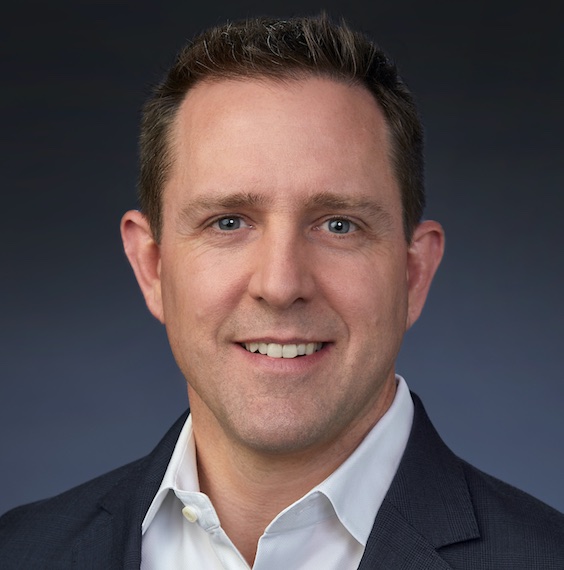 We are however focusing most of our efforts on being ready to deliver industry-leading electrified drivetrain solutions to our OEM and fleet customers. We do this by developing a best-in-class portfolio of eAxles that offer compact, integrated, high-performance electrified solutions. These technologies are being tested in labs and out on the road in real-world applications gathering data to measure vehicle performance.

This eAxle architecture that Meritor proposes as its main solution has a significant impact on the driveline. The electric motor is integrated in the differential carrier while the space between the frame rails is freed and can be used to mount the batteries and accessories or hydrogen tanks in the most protected area of the truck. All obsolete elements such as the motor mounting brackets, gear box and gearbox mounting brackets as well as prop shafts are eliminated from the truck. These eAxles are also designed to benefit from regenerative braking and light-weighting to improve electrified vehicle economics».

Electrification and public transport, according to Meritor

What role will the Cameri facility (Italy) play in the future?

«As Europe’s headquarters for Meritor’s on-highway business the Cameri facility plays an important role in the development, testing and sales of our electrification line-up. It also our production hub for electrification customers like Alstom».

Let’s talk about electromobility, in particular: with which products do you approach the public transport sector?

«We have a series of solutions for the public transport sector which range from made to measure solutions such as the one used on the Aptis from Alstom where we provide a custom Meritor front- and rear-drive steer axles, air disc brakes and a critical right angle gear box integrated directly into the differential that will deliver power to wheel-ends from Alstom’s electric motor, to eAxles and in the future also electrified ultra-low floor axles». 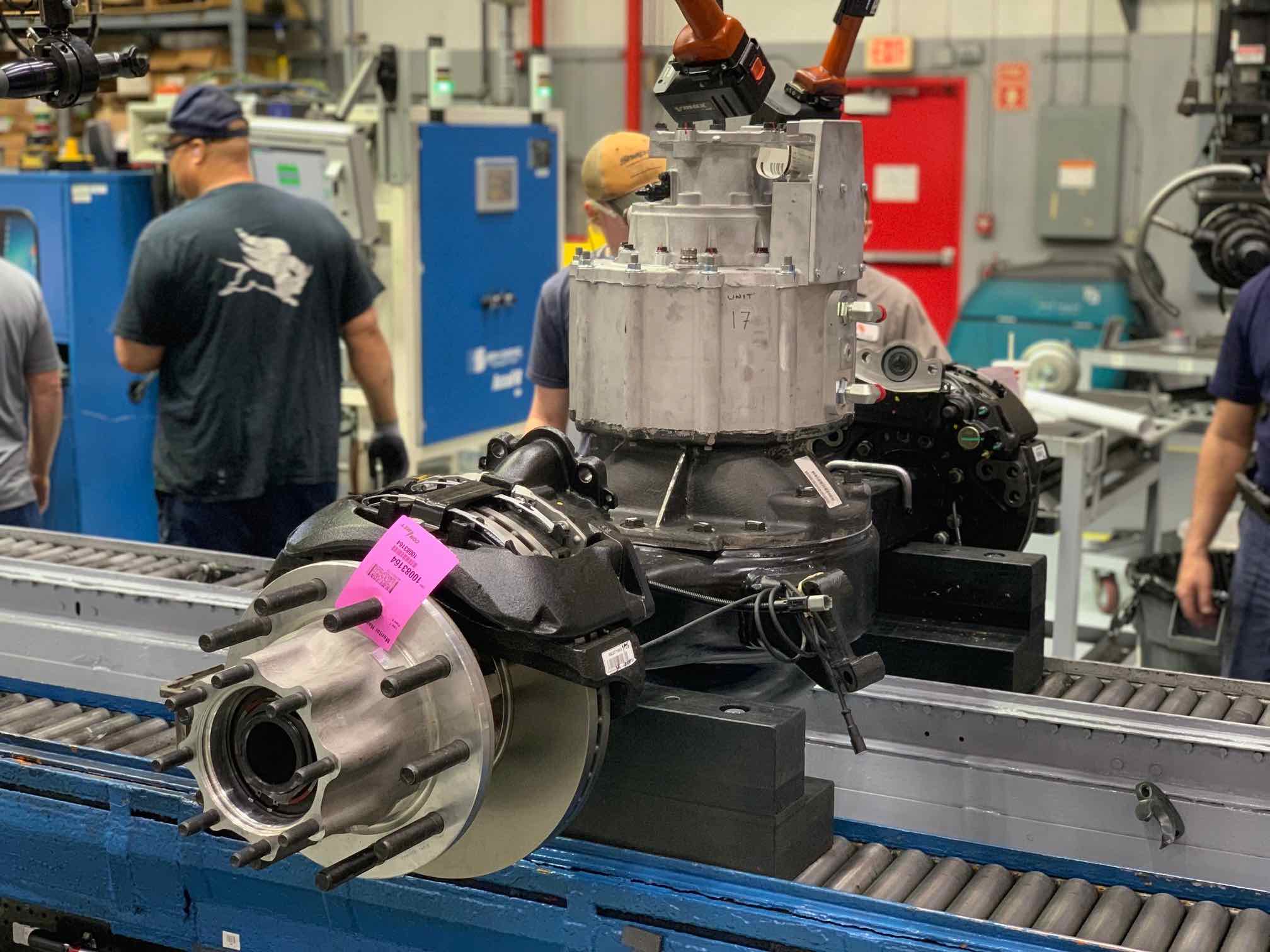 According to your vision, will the electric motor also take a share in the long-distance applications?

«As Meritor we are working on a range of next-generation technologies that include comprehensive solutions for standard axles, remote- mount configurations or fully electric powertrain systems furthering our goal of becoming the electric drivetrain supplier of choice. These cover also eAxles, replacing the existing rear axle, with a Gross Axle Weight starting at 7 tons and going up to 15 tons.

In particular, Meritor displayed its 17Xe powertrain, last year at the North American Commercial Vehicle show, that will deliver 420 kilowatts of continuous power and 450 kilowatts of peak power, and packaged it to fit easily into the rails of 4×2 trucks. European trucks tend to have shorter wheelbases and the compact nature of the 17Xe lends itself well to support this application, freeing space for batteries/hydrogen storage.  Further  European, applications include 44-ton heavy-duty long-haul trucks, medium-duty 27-ton refuse vehicles, 19.5- and 26.5-ton intercity buses and 26.5-ton coaches. It will also fit 40- and 60-foot city buses in North America.

We see an opportunity for eAxles even in long haul applications. As fuel cells, battery chemistries, and even battery swapping technologies mature, the need for big, heavy battery packs goes away which is the primary issue in these applications today».

The energy transition has opened the doors of the Old Continent market to many Chinese bus manufacturers. However, looking at premium components such as axles, the European bus&coach market remains in the hands of Western players. In your opinion, what were the barriers that limited the advance of ‘exotic’ products?

«In our opinion the reason is two-fold. First, the use of European premium components helps to sell the final product in the European market especially in the mostly state-owned public transport market where a degree of European content is requested. Secondly, to introduce new products into the EU market you need to go through a long and arduous program of homologation of the vehicle as well as its components. The use of already validated components is an easy shortcut to save time and money».