Meritor announced it will supply axles, air disc brakes and right angle gear box from its Blue Horizon advanced technologies brand for the electric bus Alstom Aptis. Axles will be assembled in Cameri (Italy). This will be the first electrification project carried out by US based Meritor in Europe.

Blue Horizon, launched in May 2018, is a new Meritor brand focused on electric drivetrains and connectivity systems.

The very first order for the vehicle was signed by CTS (Communauté des Transports Strasbourgeois), that  purchased 12 Aptis. La Rochelle followed ordering 4 vehicles. Alstom Aptis has also been one of the three vehicles awarded with a 133 million euros contract in the framework of RATP tender for up to 800 electric buses. Serial production of the electric bus is expected to begin this summer. 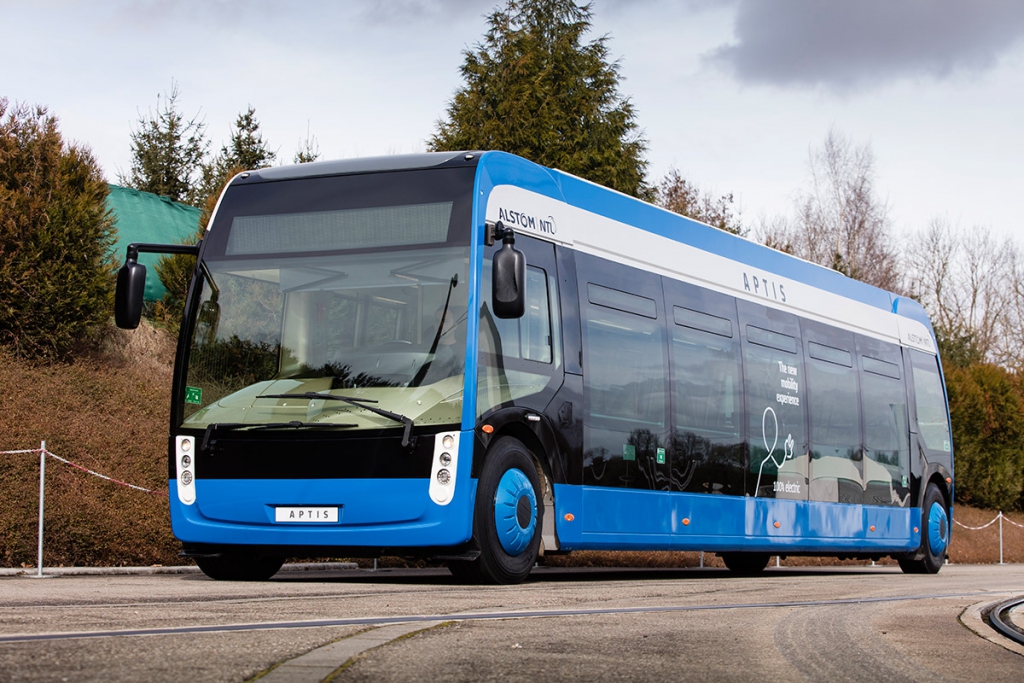 Meritor front- and rear-drive steer axles, air disc brakes and an innovative right angle gear box will integrate directly into the differential to deliver power to wheel-ends from Alstom’s electric motor. These key drivetrain components are supplied by Meritor’s Blue Horizon advanced technology brand, Meritor points out in a press release. The company is a global supplier of drivetrain, mobility, braking and aftermarket solutions

The front and rear Meritor axles are steerable to offer a narrow turning radius to increase the vehicle’s maneuverability. A necessary feature, given the very short Aptis’ overhangs: with the axles placed at the outer ends of the vehicle, the Alstom Aptis bus enhances passenger comfort due to low floors and double doors, permitting smooth passenger flows and accessibility for wheelchairs and strollers.

Axles made in Italy

The axles, using casted housings from Meritor’s joint venture foundry in Vénissieux, France, brakes from its Cwmbran, United Kingdom plant and gear boxes from its Steyr, Austria plant, will be assembled in Cameri, Italy. Final assembly of these electric buses will be done at Alstom’s production site in Hangenbieten, France, and deliveries are expected at the end of 2019. Batteries are supplied by Forsee Power.

“We developed a product solution in less than a year to support Alstom’s continued drive to make European cities cleaner with cutting-edge electrification systems for a rapidly expanding market,” said T.J. Reed, vice president Front Drivetrain and Electrification for Meritor. “It also positions Meritor’s Blue Horizon products for further growth in a segment that will transform the industry.”

The zero emission bus Alstom Aptis, as already mentioned, prides itself to be the first bus ever developed by Alstom, mostly known for trains and tramways. It’s one of the few electric buses not derived from diesel models. The vehicle, which has been co-developed by Alstom and NTL, won the Innovation Prize at Busworld 2017 in Kortrijk. Aptis is easily accessible for wheelchairs and it features a 20 percent more window surfaces than a conventional bus. The interiors ends, at rear, with a lounge area.