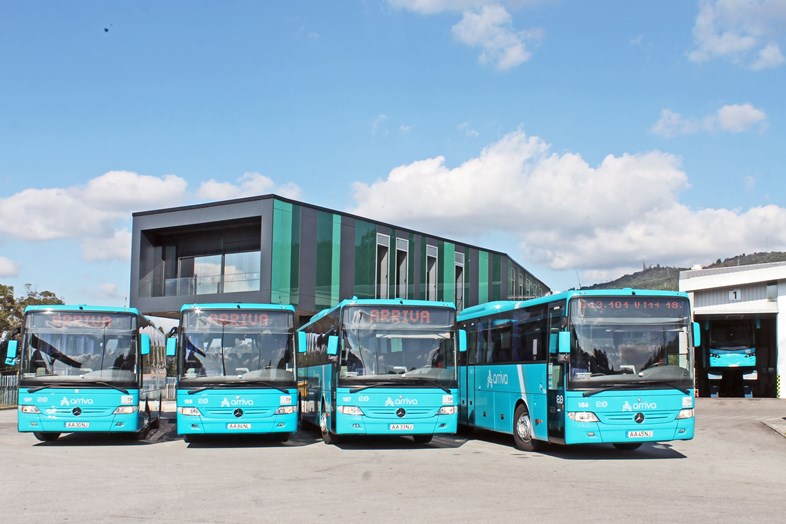 Arriva Group has a long association with the City of Lisbon in Portugal, having started services there almost 40 years ago under the TST brand.  Today, Arriva operates across nine districts, but has decided to focus its operations across three of those as part of a complete re-organisation of transport operations in Lisbon by the Passenger Transport Authority, AML.   Under the new contract, Arriva will be delivering on AML’s commitment to significantly grow frequencies and add 43 new routes in Almade, Seixal and Sesimbra.

Arriva’s entire fleet will be fitted with wifi and mobile ticketing technology, with video surveillance also installed for added security. This represents an investment of €50 million as part of Arriva’s commitment to improving passenger journeys.

Arriva Group: a re-organization of public transport operations in Lisbon

Jana Siber, Arriva Group Managing Director for Mainland Europe, said: “We are very happy to have won this contract in Lisbon, particularly at such a challenging time.  We have a long track record of providing high quality sustainable transport services in the region and by consolidating our operations we can provide a highly efficient, higher frequency service across both peak and non-peak times of the day and also launch 43 new routes to ensure a really comprehensive offering for the communities who rely on us”.

The new contract is part of a wider re-organisation of transport operations in Lisbon, including an overhaul of the timetable, a re-organisation of some parts of the network and a new one-ticket solution across all modes of transport.  Arriva will continue to operate all current services until the transition of contracts in Autumn 2021.