A joint shuttle service with electric buses will connect, by 2024, a network of hotel in Haarlemmermeer with Schiphol airport. The new emission-free airport hotel shuttle bus service has been announced by the municipality of Haarlemmermeer, Amsterdam Airport Schiphol and Koninklijke Horeca Nederland (KHN) Haarlemmermeer. The latter party also represents the partnering airport hotels.

This new jointly-funded transit system, with electric vehicles going back and forth between Schiphol and airport hotels in the municipality of Haarlemmermeer, will offer hotel guests improved service, while at the same time contributing to the quality of life at and sustainability goals of the municipality and Schiphol. In order to ensure work on this system can begin, KHN Haarlemmermeer has issued a letter of intent containing the arrangements agreed between the parties regarding the project’s action plan for realisation.

Around the airport there are already over 100 e-buses deployed from spring 2018 by Connexxion. The fleet still represent one of the largest e-bus system in Europe. And e-buses are also operating as platform buses between gates and planes. From 2014 onwards, electric taxis also have been gaining ground in Schiphol’s area: they are more than 700. 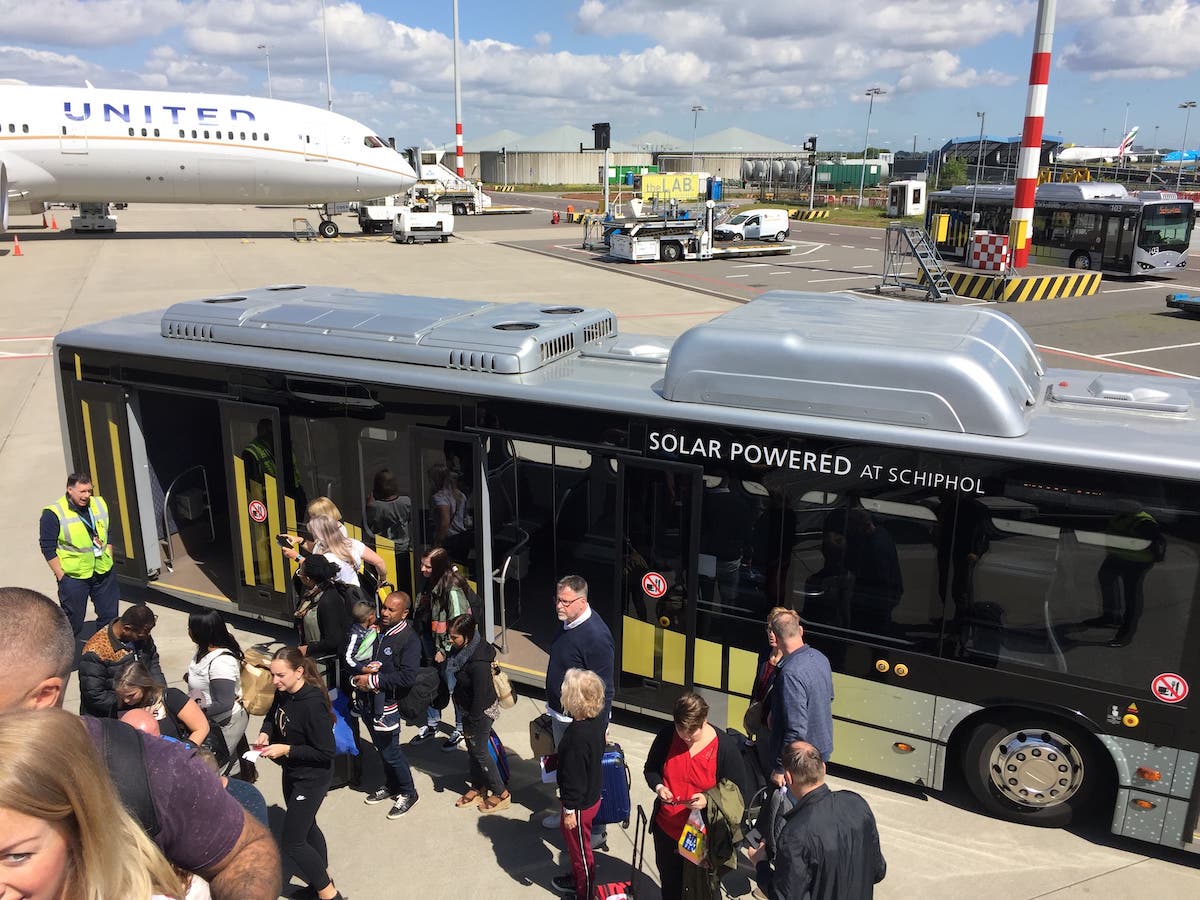 Airport hotels will gradually be making the transition from their own shuttle services using diesel buses to a joint shuttle service with electric buses. The goal is to have the system fully operational by the middle of 2024.

The system will offer better service to hotel guests and passengers, while also reducing emissions, traffic congestion and parking problems in the municipality of Haarlemmermeer and at Amsterdam Airport Schiphol. Local air quality will improve after this system is rolled out, because fewer shuttle buses will be operated and they will furthermore be emission free.

Once it is fully operational, this transit system is expected to remove 10,000 kilometres’ worth of pollution from the roads on a daily basis. That adds up to a reduction of up to 1,900 tonnes of CO2 emissions annually thanks to the new service.

KHN Haarlemmermeer, Amsterdam Airport Schiphol and the municipality of Haarlemmermeer have issued a letter of intent setting down their agreements concerning, among other things, the realization of an emission-free airport hotel shuttle bus service; the joint efforts needed to achieve a combined sustainable transport system; insight into mid to long-term projected demand for transport for both airport hotels and other hotels, so that the latter can potentially join the project at a later time.