A selection process has started in order to elect one city which will be receiving as many as 50 million pounds (some 80 million euros) to convert the whole bus fleet to electricity.

The Department for Transport (DfT) has announced the launch of a fund addressed at the creation of England’s first town to have all-electric buses in operation. Local authorities can apply to get the money. 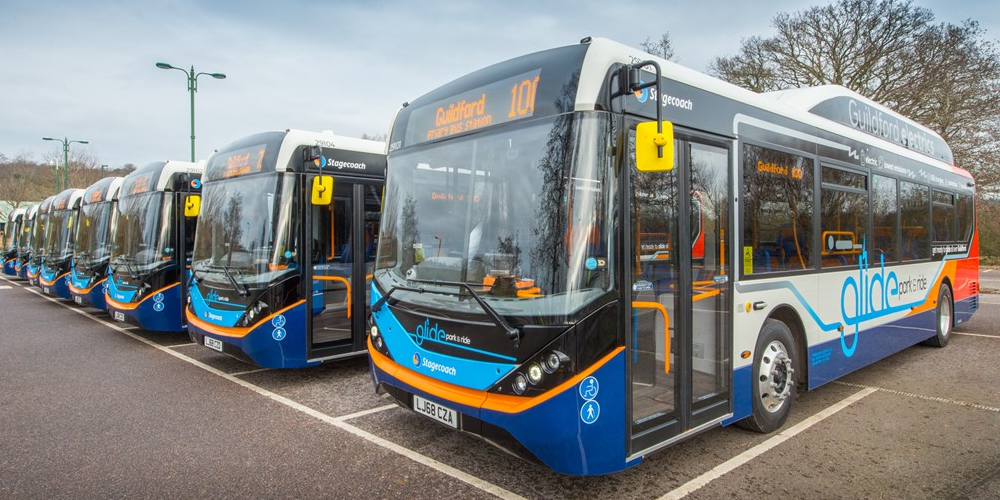 The winning area will receive up to 80 million euros to help pay for a brand-new fleet of electric bus vehicles that should be completely in operation by 2025. «A town with 200 electric buses could save around 7,400 tonnes of CO2 each year, the equivalent to taking 3,700 diesel cars off the road. The winner city is bound to set the gold-standard in environmentally friendly public transport», Transport Secretary Grant Shapps has announced today.

As reported on BBC, «over the last decade, council funding for buses in England has fallen by more than 40%. That figure excludes the capital, which has bucked the trend». It is no mistery the ambitious plan of transition to clean buses put in place in London, where in 2020 the whole double decker fleet is expected be composed by electrically driven buses. By 2037 all buses in London (about 8,000) will be zero-emission, City Hall had said. 34 CaetanoBus battery-electric buses are on delivery.

Now, as a result of this new plan, every local authority in England, outside of London, is eligible for this funding to ensure that crucial bus routes can be revived or reinvigorated.

The launch of the new BZL electric bus chassis is the latest novelty from Volvo Buses. The group is leading the European e-bus market as of mid-2021, mainly thanks to the huge 145-units delivery in Gothenburg. We had a talk with Anna Westerberg, who has been covering the position of president of Vol...
Lion Electric has received a conditional purchase order for 1,000 all-electric LionC school buses from Student Transportation of Canada, a subsidiary of Student Transportation of America, a north-American leader in student transportation, safety and fleet management services, whose controlling share...
Sidney is increasingly green, Sidney is increasingly electric. Yes, because the city’s e-bus fleet expands and gets the largest e-depot in Australia. And so do the commuters, seeing more green power on Sidney’s inner-West urban streets via Transit Systems currently operating 15 electric buses – with...
Snam, Toyota and CaetanoBus have signed a memorandum of understanding (MoU), with the aim of starting a «collaboration to promote and accelerate the introduction of hydrogen-based mobility». The companies signing the agreement – the energy infrastructure company Snam and the subsidiary Snam4Mo...