Proterra and Mitsui establish a collaboration.

A battery electric bus at the same price as a diesel bus. Pure dream? Of course yes, at least now. According to Bloomberg New Energy Finance, «Electric buses will reach unsubsidized upfront cost parity with diesel buses by around 2030» (from ‘Electric buses in cities’ report, released in March 2018). Thus, the high upfront price of an electric bus remains the main barrier to zero emission bus adoption.

This issue is the target of the cooperation announced today between Proterra and Mitsui. The agreement aims to create a $200 million credit facility in support of a battery lease program.

Mitsui, a leading Japanese investment and trading company, holds a diversified portfolio of businesses in various sectors, including mobility, infrastructure and renewable energy. The battery leasing credit facility, the first of its kind in the North American public transit industry, is expected to lower the upfront costs of zero-emission buses and put Proterra electric buses at roughly the same price as a diesel bus, Proterra says in a press release. 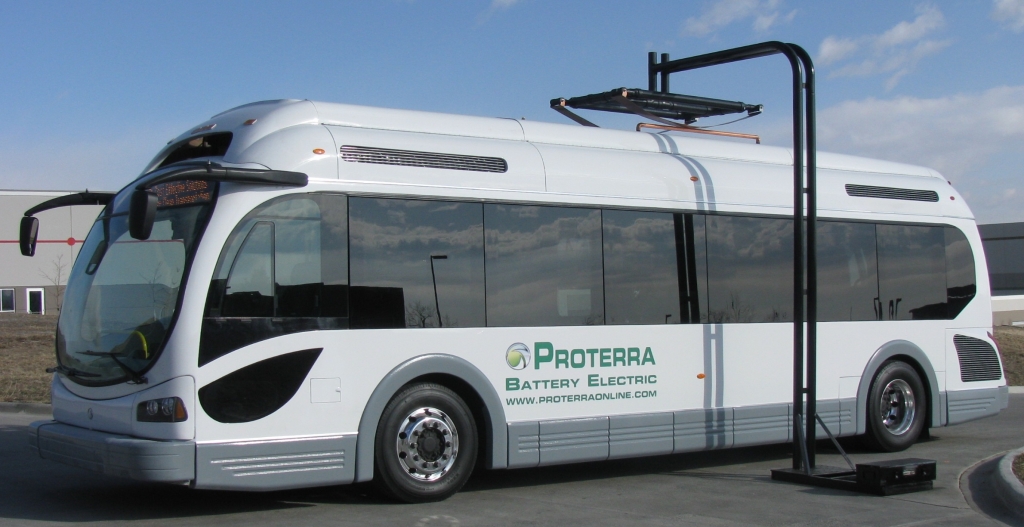 Additionally, under the 12-year battery lease, Proterra will own and guarantee the performance of the batteries through the life of the bus, decreasing operator risk, the company outlines. The battery lease agreement also provides a performance warranty on the batteries and new batteries at mid-life to help customers ensure they always have plenty of energy to meet their route needs and hedge against future replacement battery costs.

Leasing the electric bus batteries thanks to FAST Act

In 2015, the Fixing America’s Surface Transportation (FAST) Act specifically authorized the ability to lease batteries separate from a vehicle. Since then, more than a dozen Proterra customers, including Park City, UT and Moline, IL, are already using or have agreed to use the battery lease program. Park City, UT was the first customer to enter into a battery service agreement with Proterra for a fleet of six Catalyst buses that were funded as part of the 2016 Low or No-Emission Bus Program. Park City plans to lease batteries for its next set of seven Catalyst vehicles in pursuit of its long-term goal of going 100 percent electric.

Second life battery in the spotlight of Proterra and Mitsui

In addition to the battery leasing initiative, Proterra and Mitsui have established a program to use batteries from the leasing program in secondary applications after the end of their useful life in a vehicle. Proterra’s E2 battery packs are designed with secondary usage in mind, with simplified integration for easy removal and a form factor that enables repurposing, Proterra claims. With regards to electric bus batteries second life, Volvo Buses started a pilot in Europe where batteries are used to store solar energy in apartment block.

A unique opportunity for markets

“We’re seeing innovation both in technology and in businesses around the mobility sector. We are pleased to take an initiative to support the transit industry alongside Proterra, as the company expands its battery lease program to enable the rapid adoption and a broader commercialization of its electric buses,” said Yosuke Matsumoto, General Manager of New Business & Innovation Division at Mitsui. “There is a unique opportunity for markets to provide the necessary capital to accelerate the imminent transition to 100 percent battery-electric bus fleets and reduce carbon emissions.”

“This first-of-its-kind credit facility for public transportation marks a significant development in our evolution to make innovative heavy-duty electric vehicle technology accessible through innovative financing models,” said Proterra CEO Ryan Popple. “Mitsui’s continued support as a trusted partner for this facility will serve as a foundation for the Proterra battery lease program to expand and allow transit agencies across North America to bring clean, quiet transportation to their communities.”