Rennes Métropole, in France, just placed a record order for 92 electric buses Mercedes eCitaro, for a 60 million euros investment. The news is reported on the local media Ouest France. The huge order comes after a pilot with a few units of Bollorè Bluebus e-bus. It marks the greatest commercial success so far for the eCitaro in France (where Iveco-Heuliez plays at home) and stands out for being one of the main order of e-buses coming from France to date, following the framework agreement of RATP Paris for the purchase of up to 800 e-buses.

Officially launched in September 2018, Mercedes eCitaro series production started a couple of months later and between the end of 2018 and the beginning of 2019 the first deliveries were put in place.

At the 31st December 2019, therefore after the first year of production, 149 units of Mercedes eCitaro have been registered. In 2019, with 149 registration, Mercedes put its mark on a market share of the 5 per cent in the field of e-buses. 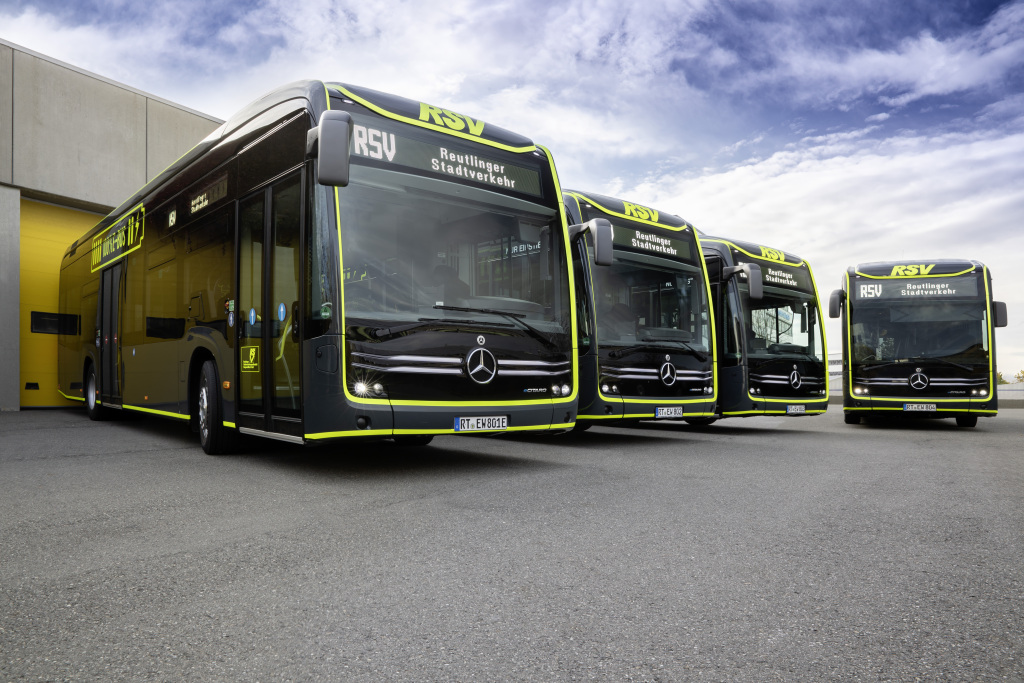 The order of electric buses in Rennes includes 33 12-meter buses and 59 articulated buses will thus gradually be put into service on the Star public transport network from 2022 to 2025.

This public contract, worth €60.565 million, is in line with the approach undertaken by Rennes Métropole from 2015, aimed at renewing the public transport fleet without buy any other diesel bus. Until 2020, this commitment has taken the form of an innovation partnership with Bluebus, which has enabled Keolis Rennes to test the technology of its standard electric buses in the field (7 Bluebuses in commercial operation on line 12 of the Star network since May 2018) as well as an articulated bus (line C6, re-entry 2020), as highlighted by Rennes Métropole in a press note.

By 2030, in accordance with the goals of the Urban Transport Plan (PDU), the entire bus fleet will be clean energy powered, with electricity for the ring roads and CNG for the metropolitan lines.

The Mercedes eCitaro G will be delivered for the first time within 2020. It is the first series production city bus in its category anywhere in the world to be equipped with solid-state batteries. A kind of technology that has been used so far on the Bolloré Bluebus. Solid-state batteries «have a very high energy density which is around 25 percent greater than the coming generation of traditional lithium-ion batteries with liquid electrolyte – Daimler says -. The result is an impressive energy content of 441 kWh for the new eCitaro G. This battery technology is also free of the chemical element cobalt and therefore especially environmentally friendly in the manufacture of the components». 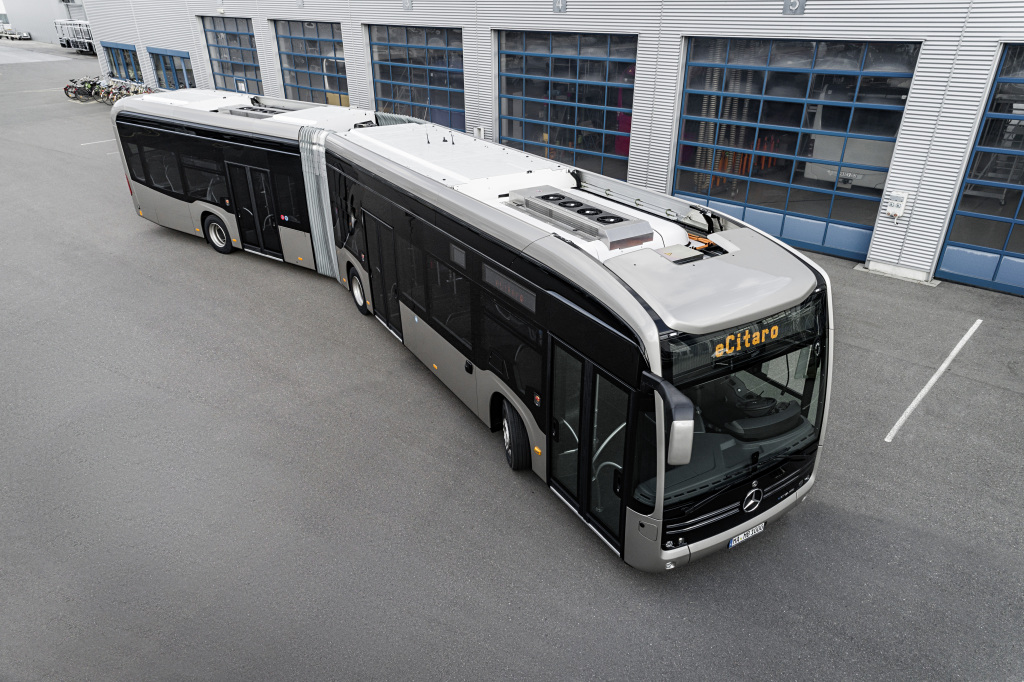 When purchasing an eCitaro with solid-state batteries, a basic guarantee for the high-voltage battery for up to 10 years or up to 280 MWh energy throughput per battery pack is standard, Daimler stresses.

As solid-state batteries are restricted in their fast-charging capacity, Mercedes is offering a new generation of the previously used NMC batteries as an alternative. The composition, provided from the supplier Akasol, is specially selected to make them suitable for high charging currents during high-power charging and, thanks to their energy density, to give the vehicle an extensive range.

The new generation of NMC batteries has a considerably greater capacity, meaning increased vehicle range. With a capacity of around 33 kWh instead of 24 kWh per battery assembly and the maximum number of assemblies fitted, the total capacity amounts to 396 kWh. In terms of geometry, the new prism-shaped NMC batteries are identical to the batteries currently in use and they have the same connections. This means that transport operators using the current eCitaro will actually be able to increase the range of their vehicles by changing to the new batteries.