Solaris Bus & Coach is officially CAF’S property. The Spanish based company acquires 100% of the shares of Solaris Bus & Coach, that will be included to the Group CAF. This transaction, quoting a press release by both Solaris and CAF, will ensure the leadership of the CAF Group and Solaris in the supply of innovative solutions in urban public transport in Europe and will strengthen the position of both brands in the international markets. 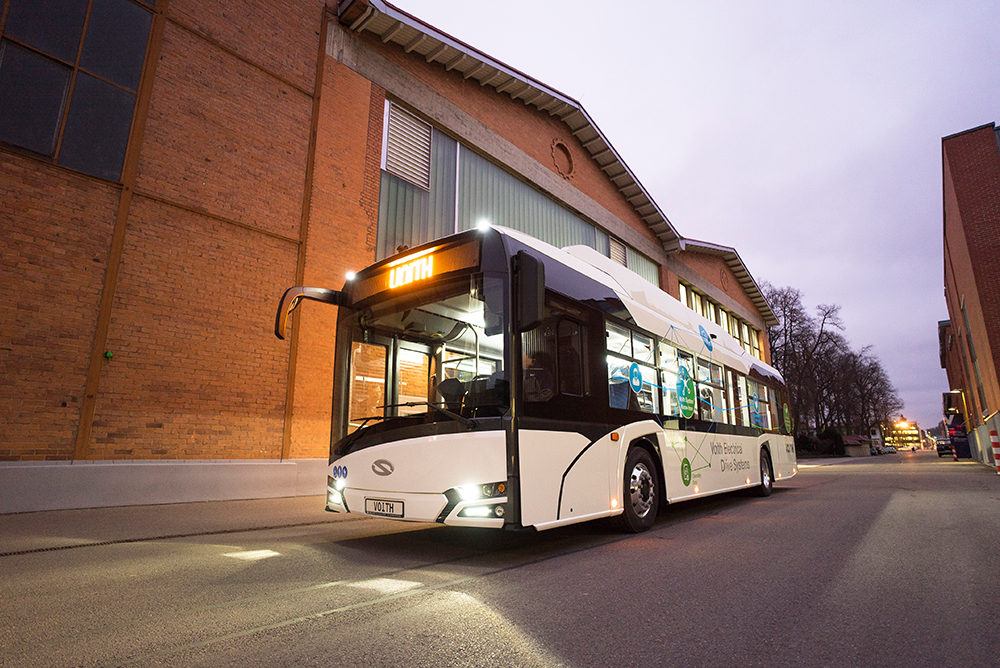 The end of a long search

CAF is engaged in the design, production, maintenance and supply of rolling stock and rail vehicles. Another area of ​​company’s activity involves the latest solutions for urban transport, including e-mobility. The public transport vehicles produced by CAF are known in Europe, USA, South America, Asia (India and Japan) and in North African countries. The agreement between Solaris Bus & Coach, who had long been seeking for investors, and CAF was announced before the summer. Now the positive verdict of antitrust authorities makes the take-over official. Solaris Bus & Coach, founded in 1996, is present in more than 700 cities in 32 countries. In 2017 it had a turnover of around 450 million euros. The value of the transaction is estimated at €300 million, according to the Basque press.

“CAF’s investment in Solaris confirms our commitment to the vision of profitable growth and opens new strategic markets to CAF,” said Andrés Arizkorreta, President and Chief Executive Officer of CAF Group. “Together with Solaris, we will create a leader in urban mobility solutions beyond rolling stock, particularly in the e-mobility segment. We want to continue using and to develop Solaris’ valuable brand and to keep its Polish character. The combination of both companies’ know-how in production, design, technology and services, together with the track record of Solaris in bus product innovation will allow us to better serve our clients while creating shareholder value”.

Solaris: the company is in good hands

Solange Olszewska, founder of Solaris Bus & Coach S.A., said: “It was not an easy decision for me and my family. Over 20 years ago, my husband and I founded our company that today employs nearly 2,500 people and that is active on more than 30 markets. I know that I am leaving the company in good hands. The CAF Group will continue the best practice in the Solaris brand and will let it grow even more”. “We want to ensure all stakeholders of CAF and Solaris companies, in particular our customers and suppliers, that we continue all business processes and cooperation in an unchanged form and that we will fulfill all our obligations resulting from the binding agreements” – added Andrés Arizkorreta, President of CAF Group.

A financial partner for CAF and Solaris

Additionally, CAF has entered into an agreement with the Polish PFR investment fund – Polski Fundusz Rozwoju – for the acquisition by the latter of a minority stake in Solaris (35%) in the same terms and conditions agreed in by CAF in the acquisition of Solaris. This agreement will materialize in the next weeks, once the administrative procedures are finished and the authorization of the corresponding regulatory entities is obtained. Through the participation of a solid financial partner like PFR as a minority shareholder, CAF maintains the Polish identity of Solaris and strengthens its position to accomplish the ambitious growth plan of the company.