Solaris Bus & Coach and Dutch carrier Arriva Netherlands have signed an agreement for the delivery of 10 Solaris Urbino hydrogen buses.

In accordance with the contract, the 12-metre fuel cell bus units will be delivered to the province of Gelderland in the course of this year. Arriva will start driving them in December 2021 in the Achterhoek region and the cities Zutphen and Apeldoorn. 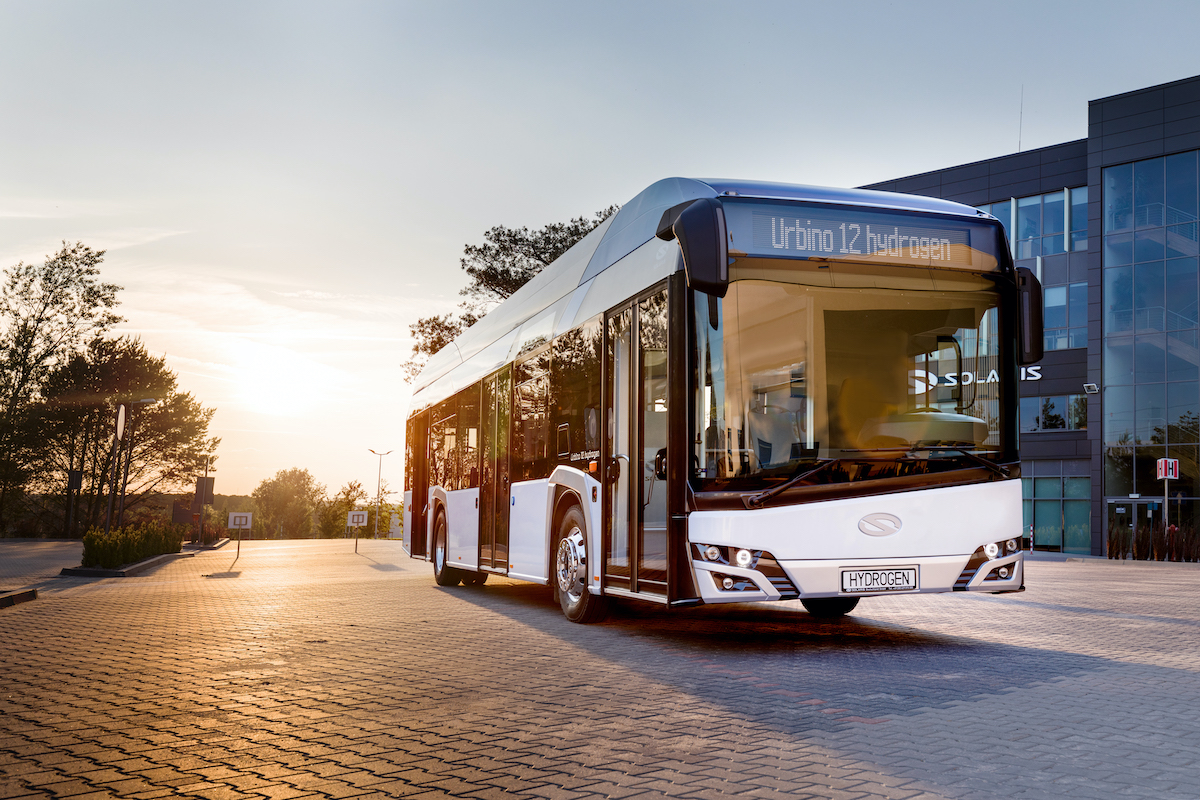 Also Connexxion will put into service hydrogen buses in the Netherlands, which prides itself to be the most dynamic country in Europe with regards to energy transition in public transport sector. An agreement with Solaris has been secured in 2020 for the delivery of 20 Urbino 12 hydrogen. They’ll be in operation, according to the plans, from the end of 2021. Buses are financed under the JIVE and JIVE2 projects. The same model will be delivered also to Cologne and Wuppertal in Germany.

Now, a new order has been achieved. Arriva plans to replace some of the current diesel buses, providing hydrogen fueled technology to journeys in Achterhoek, Gelderland, a region which is participating in the European JIVE2 programme (Joint Initiative for Hydrogen Vehicles) focusing on the promotion of emission-free public transport.

At the end of last year, the Provincial Executive of Gelderland announced that it was participating in the European JIVE2 program (Joint Initiative For Hydrogen Vehicles Across Europe), which focuses on the promotion of emission-free public transport. The aim is to increase the number of hydrogen buses in public transport, inter alia through subsidies of € 148,000 per bus. Across Europe, this includes subsidies for 152 buses in 14 European regions.

6.4 million euros for Solaris Urbino hydrogen in the Netherlands

The 10 vehicles and the supporting infrastructure represents an investment of 6.4 million Euros, funded in partnership between Gelderland province, Arriva and the EU. Arriva Group also operates two Hydrogen buses in Denmark as part of a local trial, but the order in the Netherlands represents its most significant investment in hydrogen technology to date.

Liz Benison, Arriva Managing Director for Europe, said: “This is an exciting development for Arriva with Hydrogen technology now reaching a level of maturity that allows it to become part of our fleet strategy in European markets that support its introduction.   Our journey to net zero continues, helping to reduce pollution and provide sustainable ways of keeping communities connected”.

Solaris Urbino hydrogen for Arriva within 2021

The hydrogen version of the Urbino is basically structured as its battery-electric counterpart, hence made of stainless steel but sporting roof-mounted hydrogen tanks as its distinctive feature. The traction system is unchanged. Batteries are smaller than on the Urbino Electric: the bus ordered by SASA will be fitted with 30 kWh of High Power, the type designed for quick charging, by virtue of its high maximum charging power. The beating heart of the hydrogen bus is the fuel cell FCmove-HD 70 kW stack by Ballard Power Systems, the main global player providing fuel cells to heavy-duty commercial vehicles. Ballard can boast collaborations with Van Hool and VDL, and with the British bus builder Wrightbus.

Each bus ordered can carry up to 85 passengers, including 37 people seated. The vehicle will feature a door layout of 1-2-0. Passengers will benefit from a comfortable and safe ride due to air-conditioning throughout the vehicle, CCTV cameras and a modern passenger information system. They will also be able to recharge their mobile devices in USB ports available in the passenger compartment. For those with reduced mobility, a wheelchair bay and a ramp installed at the second door are envisaged. 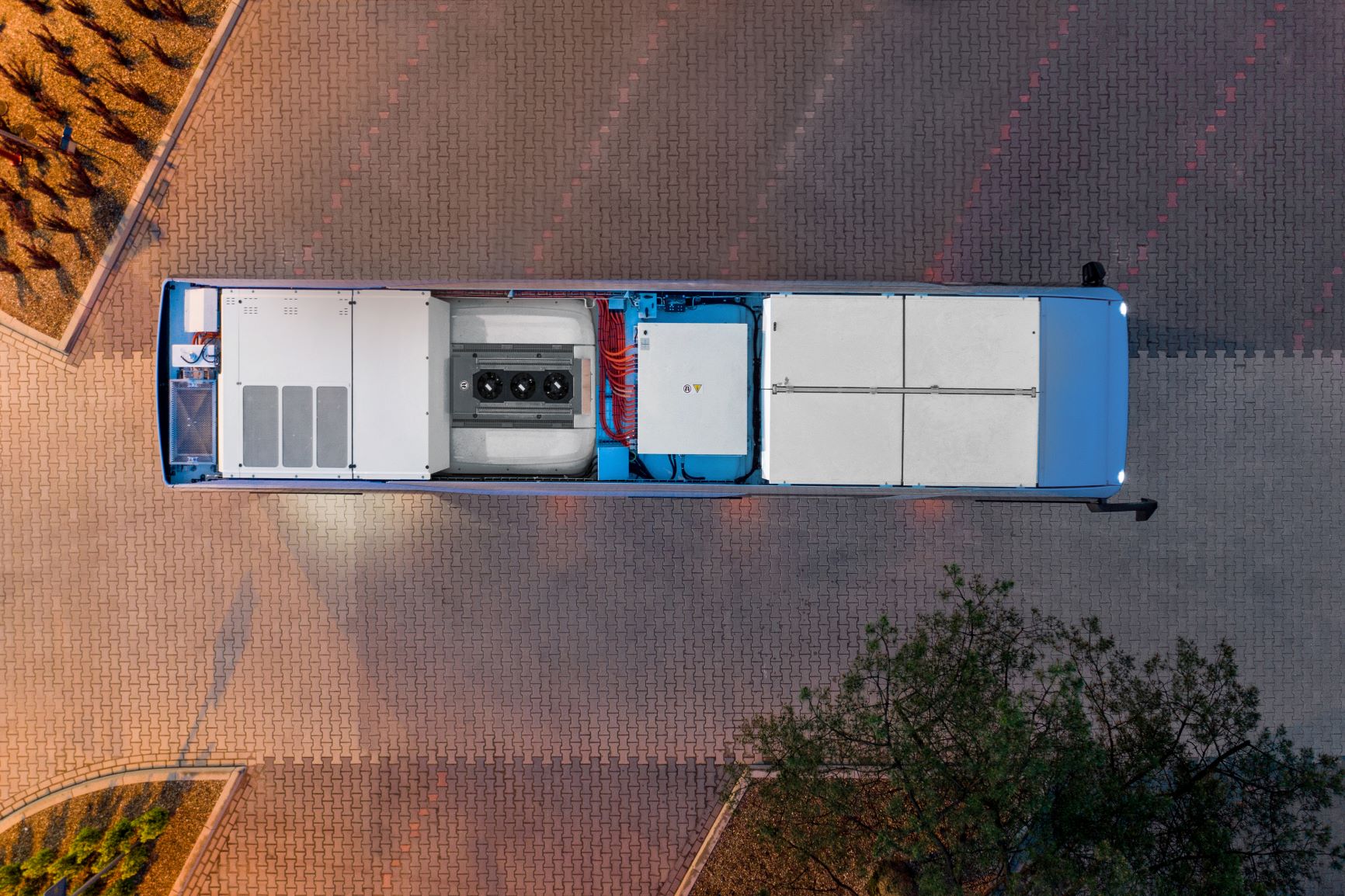 A seat with climate control and an electrically heated windscreen will provide for a high standard of comfort for the driver. In addition, drivers will benefit from a series of automatic driver assistance systems, to aid their work and improve road safety. These include, among other things, the MirrorEye system that replaces conventional side mirrors with cameras, and the Mobileye Shield+ system of intelligent cameras monitoring the close surroundings of the vehicle, thus minimising the risk of colliding with pedestrians or cyclists. Drivers will be alerted to potential dangers with sound and visual signals.

Wil Willems, the Managing Director of Solaris Netherlands, boasts extensive experience in the sector. Over 8 years ago, following a successful 25-years career in tour and public transport, he decided to start his own modular conveyor system business, Solaris points out. However, he never lost his affinity for the automotive industry, attentively following and keeping up with market innovations. This year, he assumed the post of Managing Director of Solaris Netherlands and as he notes himself, recently Dutch carriers have increasingly opted for emission-free vehicles as they understand that putting into service buses that contribute to cleaner air constitutes a great step forwards.

Driving on hydrogen is new for Arriva Netherlands. Thanks to its commitment to regular regional transport, Arriva will cover a record number of kilometers with newly purchased buses. It is a condition of the JIVE2 project that in the period December 2021 to December 2024 each hydrogen bus drives at least 50,000 kilometers per year. Arriva and the province of Gelderland are aiming at 100,000 kilometers per year. The carrier, with the support of the province, is also committed to building a hydrogen filling stations by December 2021.