Which is the effect of cold weather on the electric bus range? Is battery-electric or fuel cell the best option when it comes to performance during winter?

A new study, realized in the US and funded under a National Fuel Cell Bus Program grant, provides a clear answer: the switch to cold temperatures (between -5 and 0° C) affects the range of up to 38 per cent decrease in case of battery-electric buses, and up to 23 per cent decrease for hydrogen-powered buses. 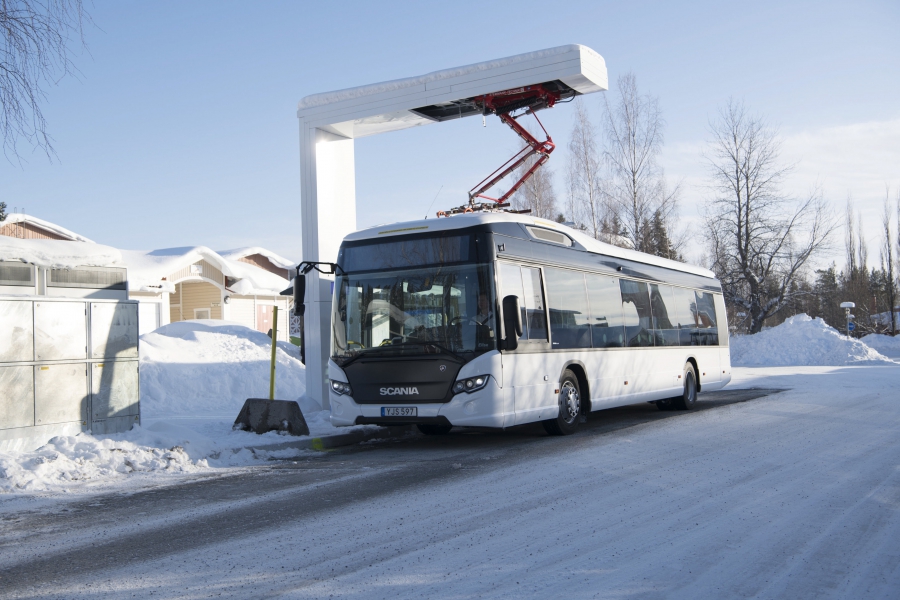 The newly released study have been carried on by the Center for Transportation and the Environment (CTE), a nonprofit organization with a mission to improve the health of our climate and communities by bringing people together to develop and commercialize clean, efficient, and sustainable transportation technologies.

CTE has been partnering with the Midwest Hydrogen Center of Excellence (MHCoE), Cleveland State University (CSU), and the Stark Area Regional Transit Authority (SARTA). The partners released an analysis that builds upon previous efforts by incorporating daily-level data into the analysis. The paper attempts to compare both battery electric and fuel cell electric buses’ fuel economy in relation to varying temperature trends.

Extreme weather are critical for all transit buses, and heavily influence battery performances. The study carried on by the team was funded under a National Fuel Cell Bus Program grant provided by the Federal Transit Administration.

The results of the analysis (entitled ‘An Analysis of the Association between Changes in Ambient Temperature, Fuel Economy, and Vehicle Range for Battery Electric and Fuel Cell Electric Buses’) show that the loss in range during a temperature change from 50-60° F (10-15° C) to 22-32° F (-5 to 0° C) was greater for battery electric buses (37.8% decrease) than for fuel cell electric buses (23.1% decrease).

“As someone who has relied on a bus year round in an area of the country with very cold weather – I haven’t forgotten standing outside in -30 degrees Fahrenheit (- 34 degrees Celsius) last winter – it is important to me that we share these real-world range results of zero-emission buses under a wide range of temperature conditions to ensure that they are deployed successfully throughout the United States,” said Alison Smyth, Engineering Consultant at CTE.

Andrew Thomas, Director of the MHCoE said “Transit agencies located in cold weather climates will need to consider the effects of winter on range when planning a transition to zero emission buses.  Hydrogen fuel cell buses appears to offer cold weather ranges that will be most compatible with traditional route planning”

“As a transit agency operating in the Midwest it is our goal to provide the best service possible to our riders,” said Kirt Conrad, CEO of SARTA. “This includes being able to operate our fleet with the greatest efficiency possible. This study, and its findings, help to show that hydrogen fuel cells are a viable option for other transit agencies in addition to their success here in Stark County.”