All Transport for London 9,000 buses now meet or exceed the cleanest Euro VI emissions standards. Around 4,000 London buses have been retrofitted to reduce harmful nitrogen oxide levels by an average of 90 per cent. And TfL now to focus on growing its zero-emission bus network (in 2020 34 Caetano battery-electric buses were rolled out). 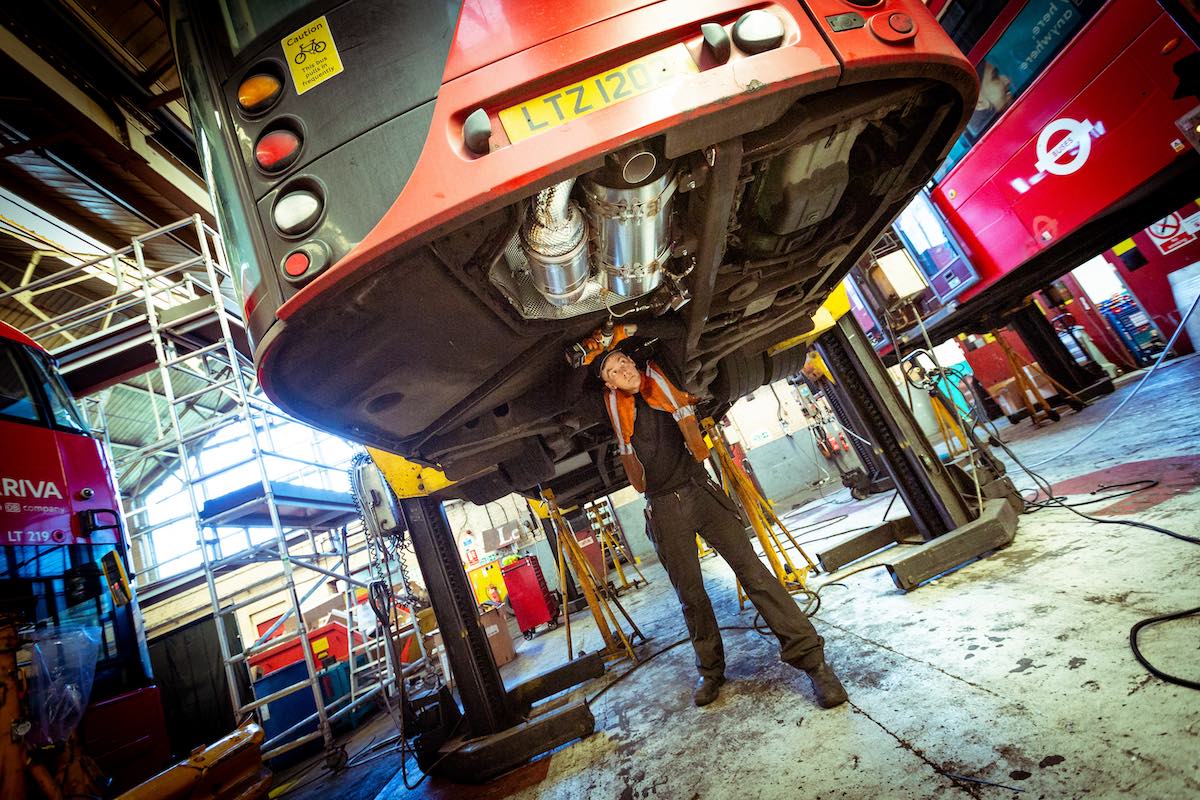 Transport for London towards a zero-emission bus network

Since 2017, TfL has worked to phase out polluting diesel buses and to retrofit older buses with cleaner engines. Now completed, this will see harmful NOx emissions from buses fall by an average of 90 per cent. The information are provided by TfL itself in a press note.

In the coming years, air quality will be further improved by moving towards a zero-emission bus network and helping to meet the Mayor’s zero carbon target by 2030. Decarbonising the transport network and cleaning up London’s air will also support green jobs in the bus industry across the United Kingdom.

TfL says that «Around £85m has been invested in retrofitting older diesel buses to meet or exceed the Euro VI emissions standards since 2017. Each retrofitted bus emits up to 95 per cent less NOx emissions and 80 per cent less particulate matter (PM) than before, leading to significant air quality improvements across London».

As a key stage in the retrofit programme, 12 Low Emission Bus Zones were delivered between 2017 and 2019 to tackle the worst air quality hotspots outside central London, by concentrating cleaner Euro VI buses on the most polluting routes. The zones included high streets and town centres in Brixton, Haringey and Putney, and were introduced one year ahead of target. The routes helped transform local air quality with a 98 per cent reduction in hourly exceedances on Putney High Street since 2016, previously one of the most polluted parts of the capital. 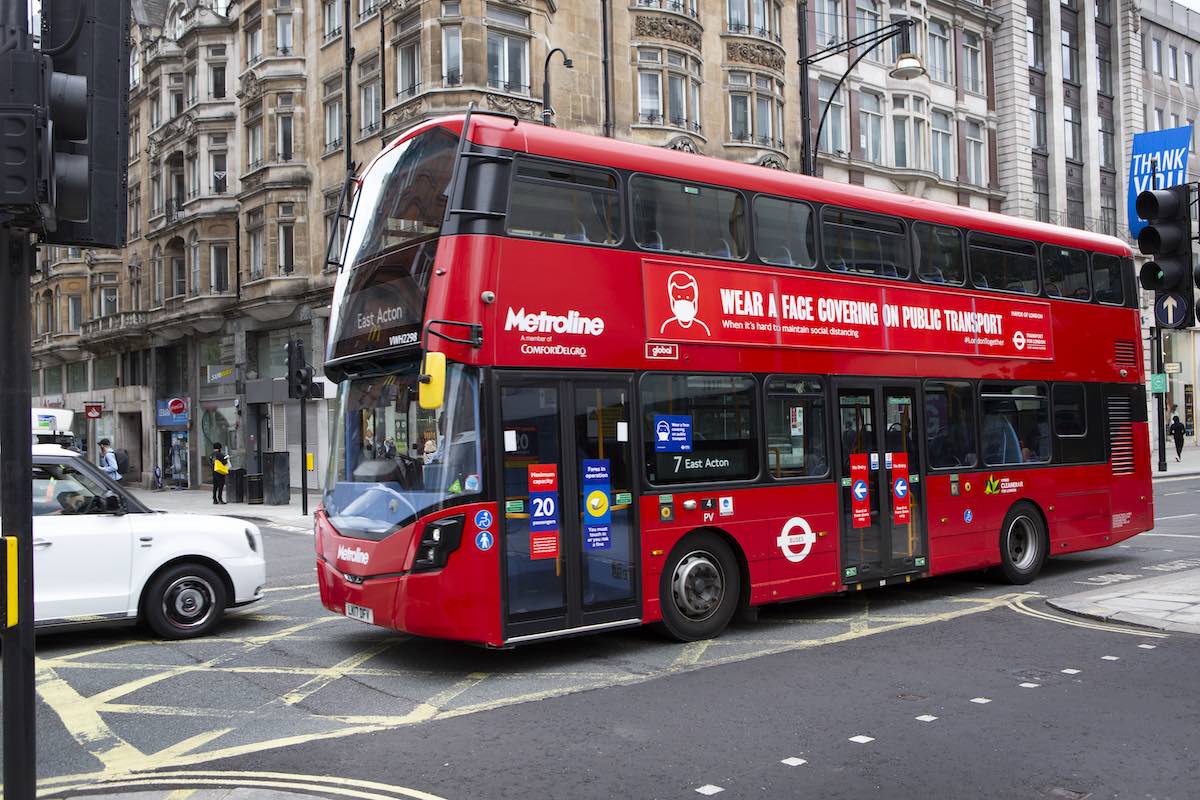 Over 400 e-buses in operation for Transport for London

More than 400 all-electric buses have been introduced – including the UK’s first full routes of electric double decker buses – and around 300 additional zero-emission buses are expected to join the fleet by the end of this year. TfL continues to roll out electric buses, with routes including 106, C10 and P5 converting last year, and there are plans for 2,000 all-electric buses to be in operation by 2025. The retrofit and electrification programmes form part of the Mayor’s ambitious target for all London’s 9,000 buses being zero-emission as soon as possible. TfL has outlined to Government that, with ongoing** financial support, it could accelerate this programme to make all buses in London zero-emission by 2030 and in this year of COP26 help the UK meet its new carbon target of 68 per cent reduction. 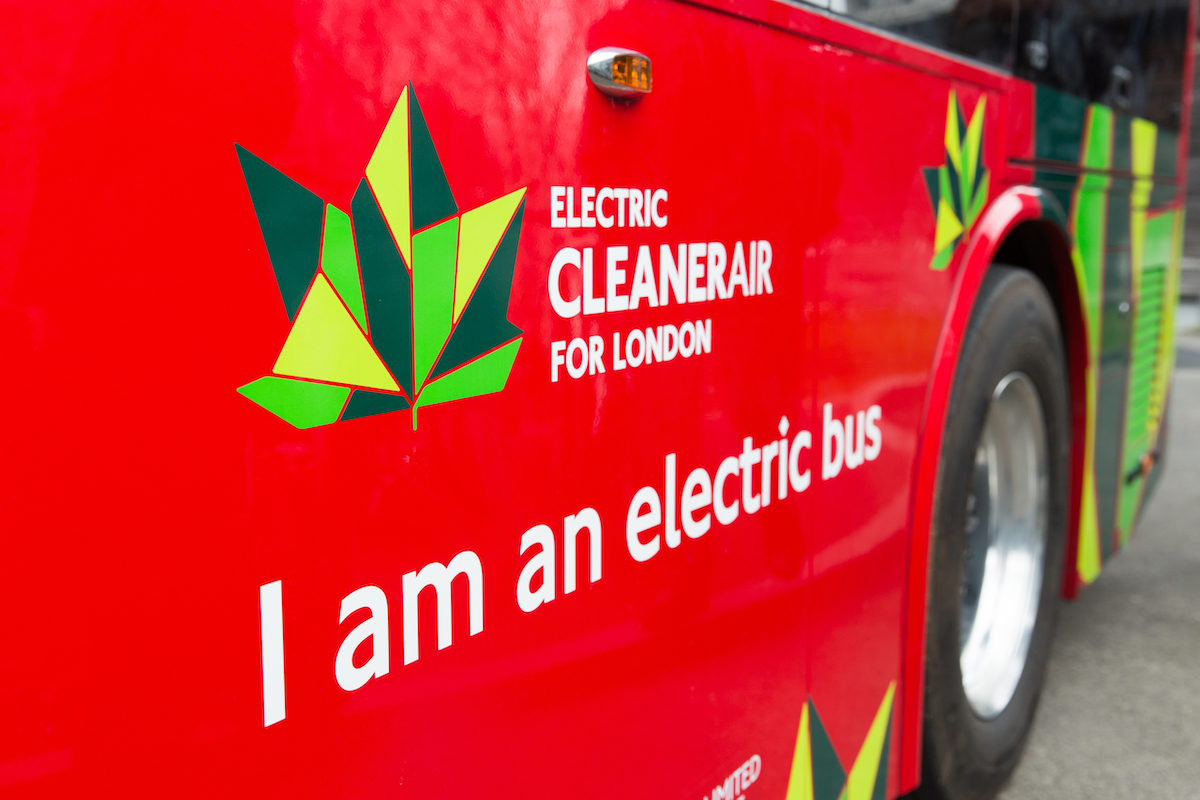 Transport for London, the bus fleet to be transformed

The Mayor of London Sadiq Khan said: “London’s toxic air is a public health crisis causing premature deaths and stunting the growth of children’s lungs. Today, as part of our work to tackle the twin dangers of toxic air pollution and the climate emergency, I am proud that the entire TfL core bus fleet now meets the strictest emissions standards. Today’s announcement is a major part of our plan to transform London’s entire bus fleet, which has reduced bus NOx emissions London-wide by an average of 90 per cent. It will play a key role in London’s green recovery from the COVID-19 pandemic and will continue to provide job opportunities in London and across the UK. It also complements my plans to expand the Ultra Low Emission Zone up to the North and South Circular Roads in October this year.”

Claire Mann, Director of Bus Operations at TfL, said: “Londoners deserve to breathe clean air. Toxic air kills, reduces life quality and, as the pandemic has shown, leaves people more vulnerable to other threats. We’ve already seen how much retrofitted buses can clean up the air in busy London hotspots, and now with our retrofit programme complete on our core fleet the whole of the city will benefit from improved air quality. This programme has made our diesel buses as clean as they can be, but we are determined to go further. We will press ahead with our electrification programme and investments in other green technology to ensure all buses in London are zero emission by 2037 or hopefully, if additional financial support can be found, sooner.”

After winning the Sustainable Bus Awards 2023 in the Urban category with the e-Ata 12, and triumphing in the Global Business Excellence Awards, Karsan also takes home the title of “Europe’s Most Innovative Commercial Vehicle Brand” in the Global Brand Awards 2022, thus replenishing...
The new management of Tecnobus, an Italian company active in the production of electric minibuses since the early 1990s, has clear goals to make the company ready for the challenges (and the opportunities!) of a growing European e-bus market. We restarted operations between January and September thi...
Called MCV, which stands for “Manufacturing Commercial Verhicles,” it is based in Cairo, Egypt, but is the new electric bus manufacturer that has landed on the German market, making its base in the city of Bestwig. Breaking the news is Urban Transport, which points out that the first veh...
Bledsystem is everyday standing out more as the point of reference for eco-driving in road public transport. What are the reasons behind this success? Pau Muñoz, Bledsystem’s International Business Manager, gives us his view about it: “Bledsystem approaches eco-driving from a human perspective and i...