UK Prime Minister Boris Johnson has announced a green plan focused on investments in renewable sources and clean mobility. A so called ‘Green Industrial Revolution’ which aims to create 250,000 jobs. The decalogue, in ten points, contains a specific issue on mobility: «Investing in zero-emission public transport of the future». No specific details have been disclosed. Anyhow, on this topic the PM had pledged in February 2020 to invest £5bn (roughly 5,900,000,000 euros) over the next five years, money to be used to realize new priority lanes for buses and to support the purchase of as many as 4,000 zero emission buses in England and Wales.

The ‘Green Industrial Revolution’ plan includes a push on wind power, hydrogen and nuclear and the ban of gas and diesel vehicles’ cars by 2030. It is also mentioned the following pledge: «Backing our world-leading car manufacturing bases including in the West Midlands, North East and North Wales to accelerate the transition to electric vehicles, and transforming our national infrastructure to better support electric vehicles». 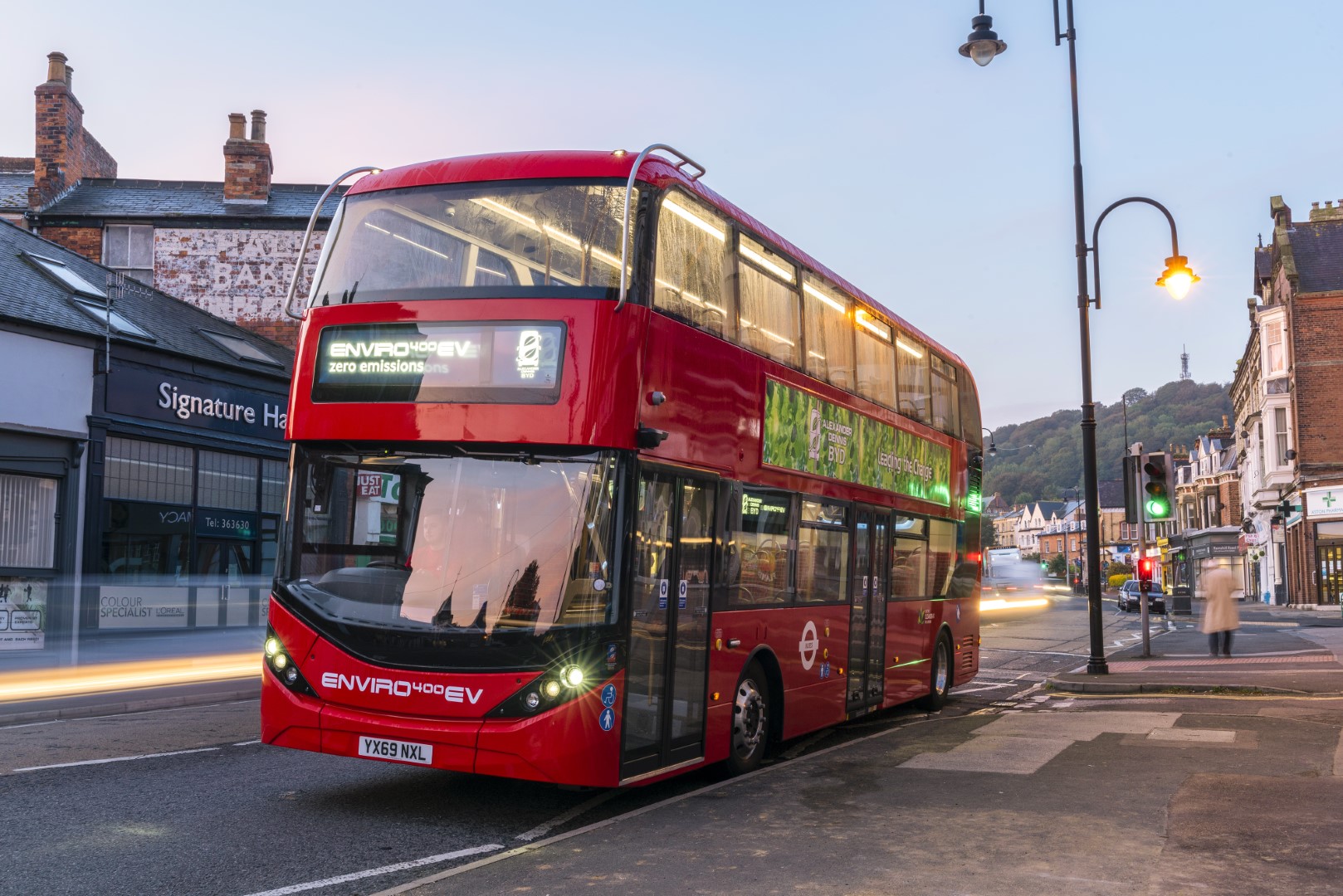 Paul Davies, ADL President & Managing Director, said: “This is the very first step in honouring commitments to invest in green buses and will bring back much-needed demand in a sector whose expertise and capacity is essential as the United Kingdom seeks to build a more sustainable future. An investment in British built green buses is an investment in British communities that benefits the nation’s economy. As the industry’s leader we remain eager to see this announcement become a reality and put thousands of zero-emission vehicles on Britain’s roads. We stand ready to help drive the nation’s green recovery.”

BYD has been awarded its first order from TMB Barcelona for 25 new generation 12-metre BYD eBuses. Vehicles from the Chinese company will be operating in the City of Barcelona for the first time ever. The first of BYD’s eBuses on order from TMB are scheduled for delivery in 2022. Still in France, Ma...
Fourth MetroBus line goes electric in Osnabrück, north west of Germany (one year ago it was three e-lines). The PTO Stadtwerke Osnabrück has just announced that line M5 will be completely converted to electric operations by February 2022: the conversion of the final turnaround at Waldfriedhof Dodesh...
Bordeaux Metropole has just selected VDL Bus & Coach for the supply of 36 articulated electric buses Citea new generation on the city’s first Express Bus line between Bordeaux Saint-Jean station and Saint-Aubin de Médoc. «The fast charging technology at the terminals, supplemented by slow ...
The new Škoda E CITY electric bus was presented today at the 10th edition of the Central European fair CZECHBUS, where Sustainable Bus has marked presence.It is a brand new electric bus model from the Škoda Transportation Group. Prague will thus be the first city to operate this modern and environme...