A new order for 51 articulated e-buses in BRT design will bring to 113 the number of electric buses from VDL operating in the German city of Cologne for KVB. Seven more bus lines in Cologne will be converted to e-mobility starting in 2022. Cologne has also been the first city to receive the articulated version of the MAN Lion’s City E for field tests.

For the third time in a row the public transport company has awarded a contract to VDL. This time it concerns 51 articulated buses in BRT design. Last year 51 e-buses were ordered. 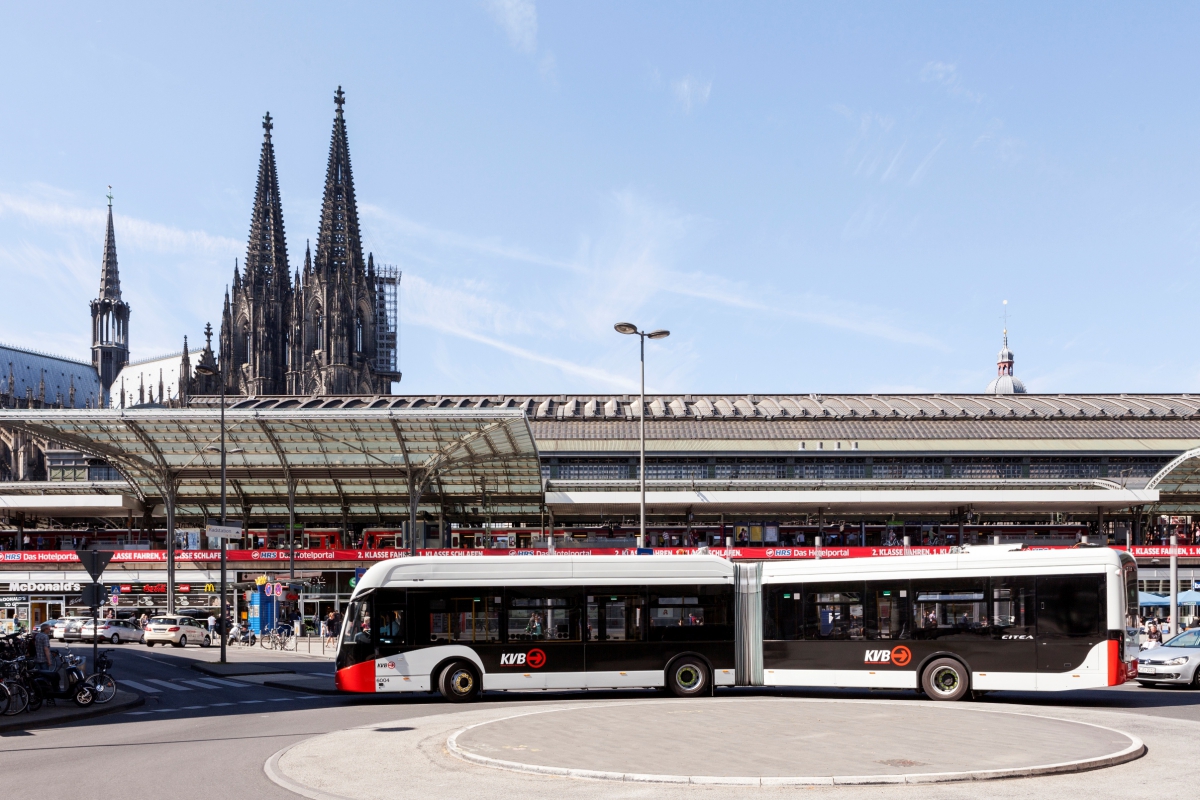 VDL Bus & Coach will supply 51 articulated Citeas with its largest battery pack for the first time: 525 kWh. The entire energy requirement of the Citeas SLFA-181, including the climate control system, is covered by the battery, VDL points out. This makes the buses 100% emission-free.

The new Citeas will be used on lines 126, 142 and 146 on the left bank of the Rhine and on lines 151, 152, 155 and 196 on the right bank. In this way, seven more bus lines in Cologne will be converted to e-mobility starting in 2022. The Citeas SLFA-181 are charged overnight via a pantograph on the roof at the depot and, due to the heavy urban use, also en route at charging stations.

VDL highlights that «The cities of Cologne, Münster, Osnabrück, Oberhausen-Bottrop, Leipzig and Kiel in Germany make a daily contribution to the principle of VDL Bus & Coach: ‘Aiming for Zero’. This involves more than 100 vehicles in Germany, with a combined experience of more than 4 million electric kilometres in public transport. In the coming years the cities/municipalities of Plön, Völklingen, Neuss, Braunschweig, Verden and Goslar will also be added to this list».

With more than 800 buses in 10 countries and more than 135,000 kilometres travelled daily in many European cities and regions, the magic number of 100 million kilometres of electric mobility in public transport has been reached.

From 2012, VDL electric buses in Cologne

“This new order from VDL Bus & Coach underlines the decisiveness of KVB Cologne, already one of the frontrunners in Germany in the field of electric mobility,” says Boris Höltermann, Managing Director of VDL Bus & Coach Deutschland GmbH. “We are proud of this renewed trust. It allows us to continue our cooperation in the field of e-buses, which we started in 2012. It also shows that we are playing in the Champions League when it comes to the electrification of public transport in Germany.”