VDV: «Buses and trains are not Coronavirus hotspots»

«Buses and trains are not corona virus hotspots». It’s the strong position of the association of German transport companies VDV, that is taking the occasion of a political debate to underline how national and international studies haven’t so far demonstrated high risk of infection on public transport vehicles.

«If the current Coronavirus-related rules are followed and prudent behaviour is observed, the risk of infection in public transport is very low. For our passengers even less than for the employees. This is because many of our customers only stay in the vehicle for a relatively short time, and this with a permanent exchange of air through the door openings and air conditioning systems» says Ulrich Jaeger, Chairman of the NRW State Group of the VDV. 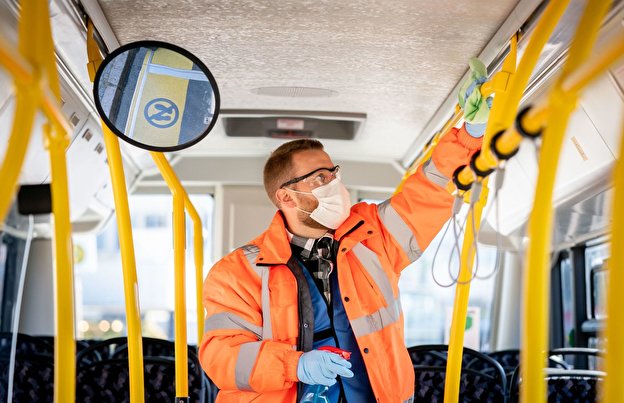 Public transport is not a Coronavirus hotspot

«The SPD faction in the NRW state parliament wants to discuss whether the Coronavirus infection risks in public transport are underestimated in a debate in the state parliament today. The transport companies in North Rhine-Westphalia are very irritated about this, because in this opinion there is no factual basis for this», says the VDV in a press note.

Ulrich Jaeger, Chairman of the NRW State Group of the VDV: «To put it clearly: bus and train are not Coronavirus hotspots. The view that the low number of cases in public transport is merely due to the difficulty of proving it is not correct. This is a fact, as various national and international scientific studies and industry surveys have repeatedly confirmed: there is no increased risk of infection in public transport due to the compulsory wearing of masks, the constant exchange of air via the air conditioning systems and the automatic opening of the doors, as well as the reduced speech behaviour of passengers in the vehicles».

A recent survey by the VDV industry association also underpins the scientific studies. Jaeger goes on: «The VDV has received feedback from 94 local transport companies from all over Germany. Among the almost 80,000 employees there have been a total of 233 confirmed Coronavirus infections since the beginning of the pandemic in March, of which only nine colleagues have demonstrably become infected during their work. The number of infections was particularly low among employees who spend several hours a day in buses and trains for work-related reasons and have direct customer contact» says Jaeger.

In Austria, the Food Security Agency has reconstructed chains of infection with the help of local authorities, and has not identified infection due to public transport infection, still explains the VDV. «A research group at the University of Tokyo was also unable to find chains of infection with reference to buses and trains in about 3,000 cases investigated. And a survey by the “New York Times” among local transport companies concludes that there have been no mass infections in public transport in the metropolis of New York either».