The 12-meter version of the Irizar ie tram was presented today in the Spanish city of Vitoria-Gasteiz, which is the capital city of Basque Country. 13 vehicles will provide BEI (Smart Electric Bus) services in the city.
In the coming months, the 12-meter Irizar ie tram will carry out tests without passengers along the TUVISA Line 2 route, where it will go into service in mid-2021. The contract was awarded to the domestic manufacturer one year ago.

All the technology and main components of the Irizar zero emissions buses are developed and produced in-house and locally by the Spanish group.
“We want half of the trips taken in our city to be made using electric vehicles”, is the goal outlined by Vitoria-Gasteiz Mayor Gorka Urtaran. 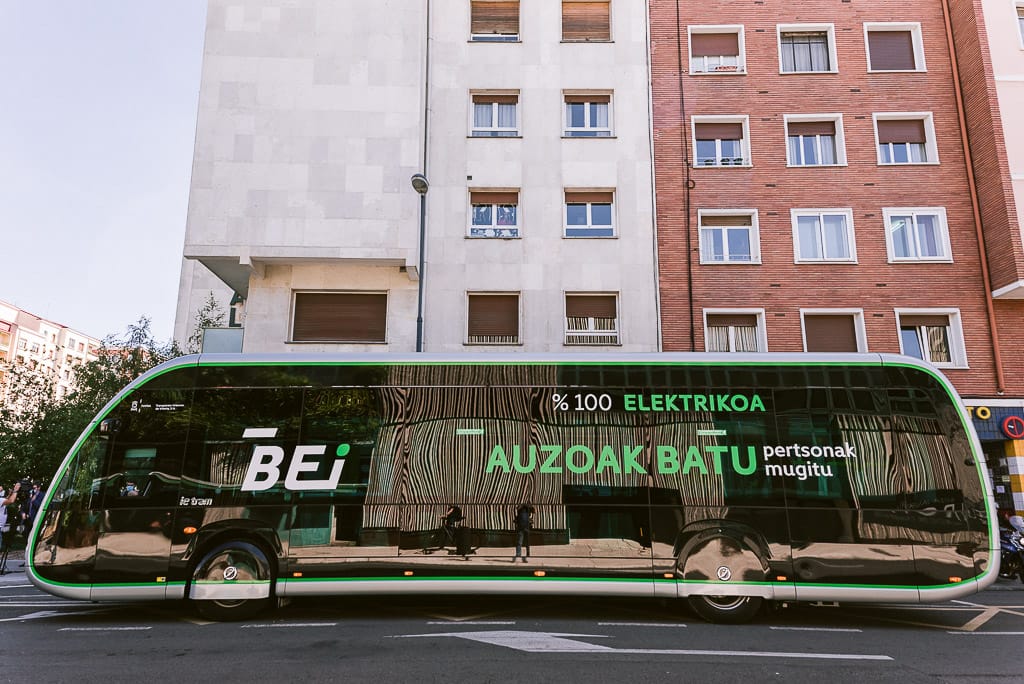 In the coming months, the Irizar ie tram will travel the streets of the capital of Álava doing tests without passengers in preparation of its upcoming entrance into service. Residents will also be able to see the vehicle, which they can visit in different parts of the city between 14 and 20 July. Yesterday morning’s event was also an opportunity to present the new BEI image and a website that has all the information related with this revolutionary system of transport.

The model presented is the 12 metre Irizar ie tram. The vehicle has 3 doors and 22 seats for passengers. It is driven by a motor with up to 180 kW powered by lithium-ion batteries, which were also developed and manufactured by Irizar e-mobility at their facilities in Aduna, Gipuzkoa. The vehicles will be charged in-route in 4 minutes using interoperable ultra-fast charging stations. Irizar e-mobility collaborated with the construction firm Yarritu and LKS, who are doing engineering work, civil construction, signage and communications, on the project.

The pantographs, which have already been installed, will be used for ultra-fast charging of the vehicles at the Mendizorrotza and Boulevard stops. At those posts, the batteries can be charged in barely 4 minutes, the producer points out. At night, the buses will be slow charged at the Functional Charging Unit located in the future BEI depot. The entire charging infrastructure has also been developed and supplied by the Irizar Group.

These tests will also include testing of the vehicle’s on-board software system for managing issues like driving efficiency and consumption by lines and kinds of vehicles, among other things. This special software designed for the BEI can issue warnings and alarms so the driver and control room staff can manage any potential incidents. The end goal is to achieve environmental benefits, economic savings, reduced vehicle maintenance and an increase in passenger comfort through improved driving of the units. 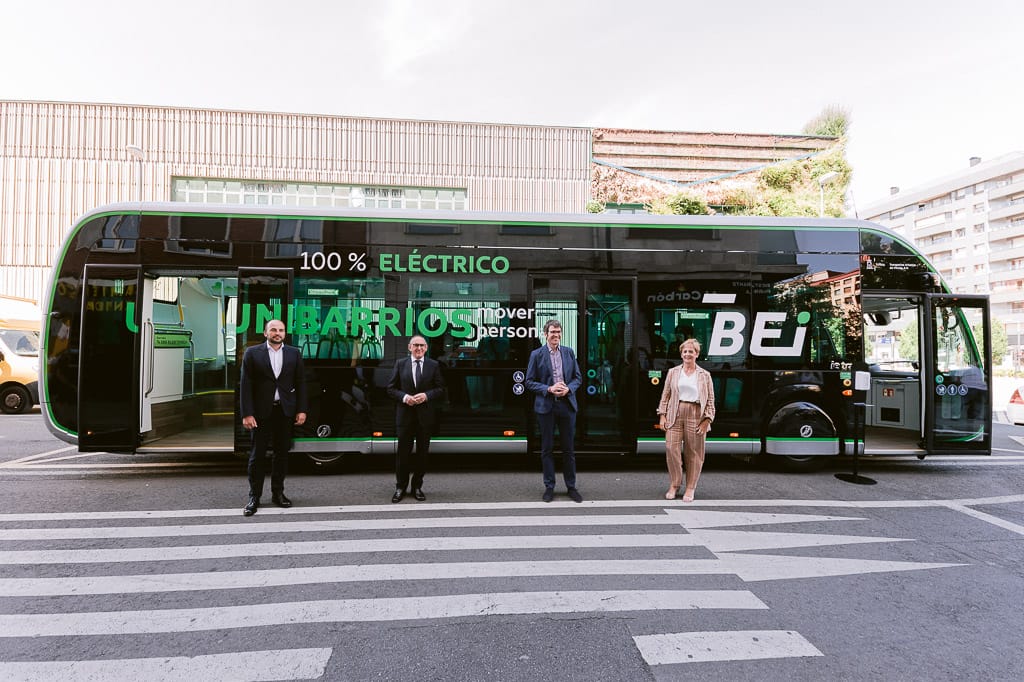 In the words of Hector Olabegogeaskoetxea General Director of Irizar e-mobility, “It will be the first entirely electric line in Vitoria-Gasteiz and in Euskadi. And it’s a turn-key project that will doubtlessly revolutionise the urban transport system of the capital of Álava and make it a European wide point of reference.” He also added that “Our electric buses are developed and manufactured in Euskadi using green energy from the Ekian solar farm in Álava. We’re proud to be able to implement our electro-mobility solutions in our own territory. Our buses are completely silent and environmentally respectful.”

On the other hand, Vitoria-Gasteiz Mayor Gorka Urtaran highlighted that Vitoria-Gasteiz is going to become a reference point for Euskadi, Spain and Europe in the area of electrifying public transport. “We want half of the trips taken in our city to be made using electric vehicles”, he proclaimed. The Mayor of Gasteiz also underlined the institutional effort made to join neighbourhoods in an efficient and sustainable way and the need to regain confidence in public transport after the Coronavirus pandemic. “It’s one of the pillars of our Mobility Plan. We must contribute to the development of collective and public transport by improving its availability, accessibility and effectiveness, boosting intermodality and providing solutions.” he explained. Along those lines, the Mayor highlighted the specific importance of projects like extending the tram to Salburua and Zabalgana and the arrival of high speed rail to Vitoria-Gasteiz and putting it underground, among other things.

Councillor for Economic Development and Infrastructure Arantxa Tapia classified transport as a “key element in the fight against climate change” and noted that Basque industry is prepared to face the challenge of sustainable mobility with the “Basque Mobility” strategy. She used the new BEI unit in Vitoria-Gasteiz as an example of an “innovative technological solution” that will enable “a transition to more and more decarbonised transport”. The future of the Basque energy and transport system presents an opportunity for growing the industrial fabric.

According to Tapia, implementing the BEI and the Salburua tram project, which are already under way, “are a revolution for internal transport in the city”. She also put forward that the effort made to electrify high capacity public transport in Vitoria-Gasteiz is going to be expanded to Line 17 of the DBus in Donostia in coming weeks.

In conclusion, General Deputy Ramiro González focused on the role of the “leadership of Gasteiz Green and Araba Verde in the process of energy transition and sustainable transport. A few days ago, we attended the presentation of Ekienea, which is a large photovoltaic project in Álava. Work is also being done on developing wind energy projects. And, today, we are seeing another step forward in the Smart Electric Bus project. It is leadership in action and that can only be carried out through innovation”, he said.