Wellington, in New Zealand, will witness the entry in operation of 98 new electric buses in the time window between mid-2021 and early 2023. Following this supply, the public transport network Metlink will have 108 zero emission vehicles in operation, taking Greater Wellington a step closer on its target of carbon neutrality by 2030.

Metlink network currently has 450 buses in its active fleet in the Wellington region 10 of which are EVs, making up two percent of the fleet. Once the 98 buses are added to the fleet the proportion of EVs will rise to 22 per cent. The 10 e-buses already operation are double-decker built and assembled by Kiwi Bus Builders in Tauranga and are equipped with lithium ion-based battery technology from global developer Microvast. The chassis is manufactured by China-based company TEG. 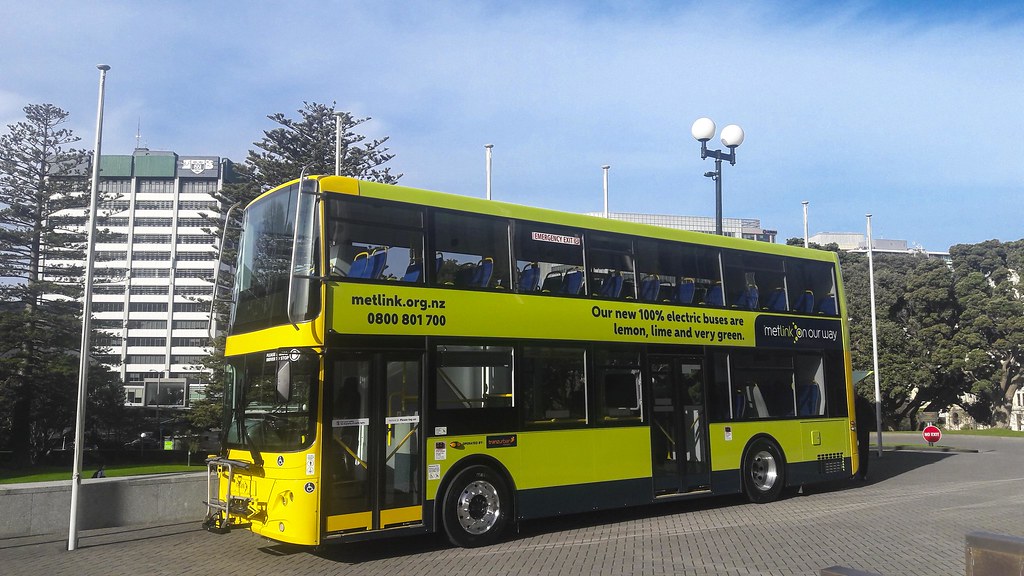 73 of the new buses will be used on current scheduled services with a further 25 to be progressively added to routes to meet future network growth. The new electric buses will eventually take 61 diesel buses off the roads, leading to a 17 per cent drop in carbon emissions and a similar reduction in harmful emissions.

As part of the deal, the operator NZ Bus will source 67 single decker EVs from China and the other carrier Tranzurban will build 31 double decker EVs at Kiwi Bus Builders in Tauranga, with parts sourced from world leading Chinese bus manufacturers. At least, these are the information released by Metlink: these regarding the double-decker e-buses suggest that it could be a follow up order for the Kiwi – Microvas – TEG vehicles mentioned above.

NZ Bus CEO Barry Hinkley said “With these 67 new electric buses, NZ Bus is proud to be having the largest EV bus fleet in New Zealand. With these new orders, we will see our EV fleet grow to at least 85 buses in the short term. Obviously, we all should try and do as much as we can to look after our environment; taking public transport is a great way of reducing emissions, and electric public transport is an even better way. We’re committed to doing our bit to help reduce emissions in New Zealand and at the same time provide people with a safe and easy way to get around,” said Mr Hinkley. 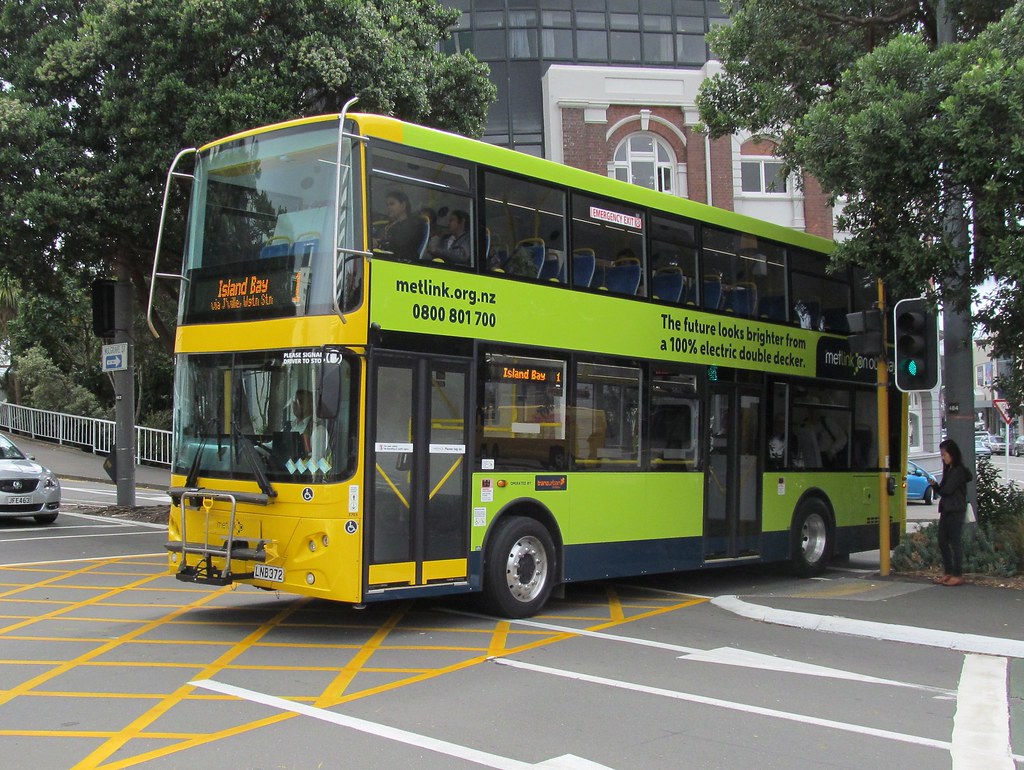 Greater Wellington is delivering on its promise of a building a modern low emission bus network according to Chair Daran Ponter: “I’m sure that people across the region will be pleased to see another 61 diesel buses taken off the road and this will drive real climate benefits by deploying the new electric buses on high use areas of the network.

“Just like our plans for rail, this is also about ensuring we have a fleet in place that can cope with rising population trends and demand for public transport over the next few years.  That’s why 25 buses will be used to accommodate forecast passenger growth without an increase in emissions,” added Chair Ponter. 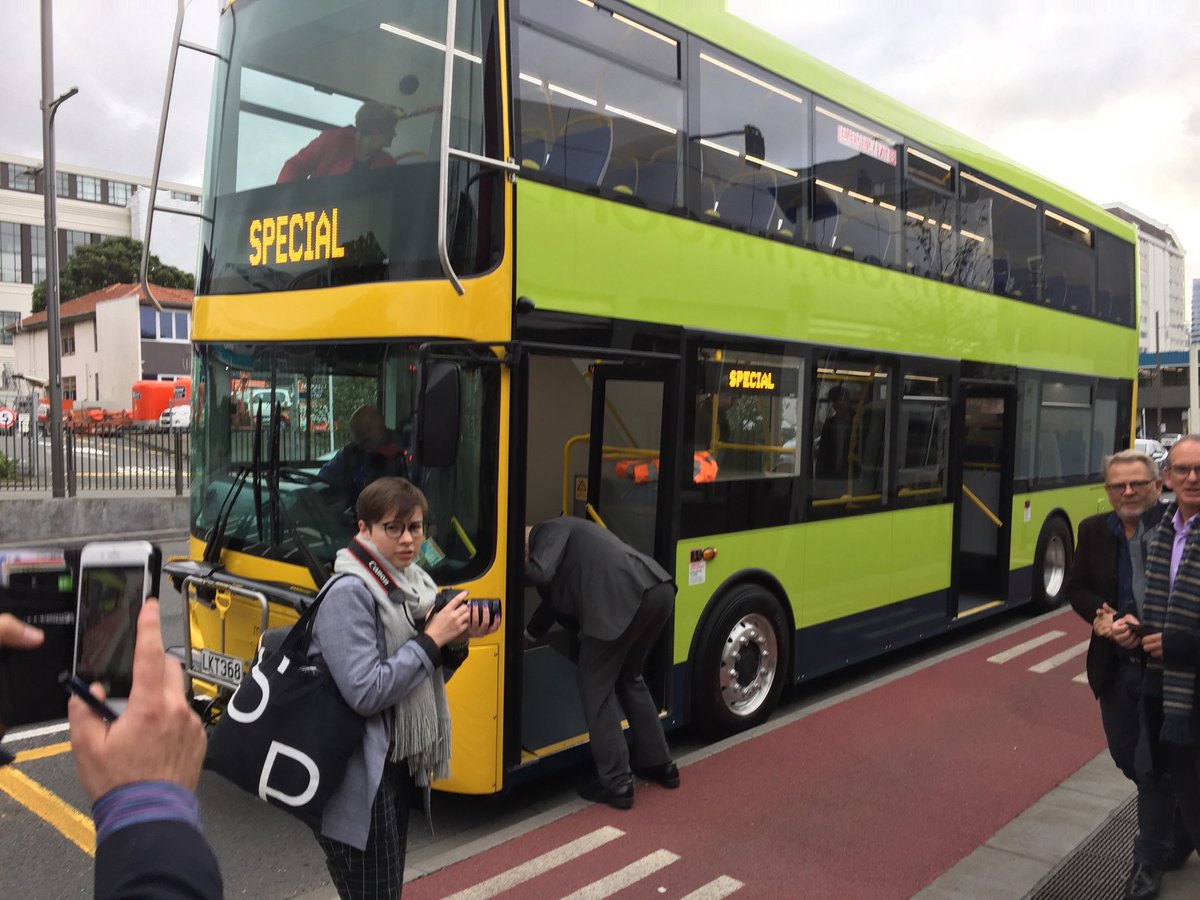 Climate Committee chair Cr Thomas Nash said we have to provide attractive alternatives to our current 20th century car culture if we’re serious about responding to climate change. “Over the last two decades transport emissions rose by 14 per cent across the region, mainly from fossil fuel burning cars and trucks. We need a real step change here and we know we can move far more people with far fewer vehicles if we provide high quality public transport. A modern, comfortable low emission fleet will play a key role in attracting new passengers, encouraging them to embrace public transport. We’ve got an opportunity to break free from the car-dominated landscape that’s been driving pollution in our cities – let’s take it,” added Cr Nash.

Roger Blakeley, chair of Greater Wellington’s Transport Committee, said that the new fleet will also attract more bus drivers to the region. “This new fleet shows our intentions for growing the network and obviously more buses means more drivers.  We want buses that drivers can be proud of and these state of the art buses, many fitted out right here in New Zealand, will help us attract drivers that want to be at the forefront of the public transport industry in New Zealand and internationally.”