Akasol‘s plant in Darmstadt will have fully automated production lines for battery modules supplied by Manz AG. The German supplier, which cooperates with Mercedes for the eCitaro battery equipment, expects to inaugurate the Gigafactory 1 at the new Darmstadt Headquarter Campus by the middle of 2021

The total order volume amounts up to EUR 20 million, including production lines for Akasol’s new US site in Hazel Park, Michigan. In addition, the company has announced that the tender for further automated production lines for the high-energy battery systems is currently in the final phase. 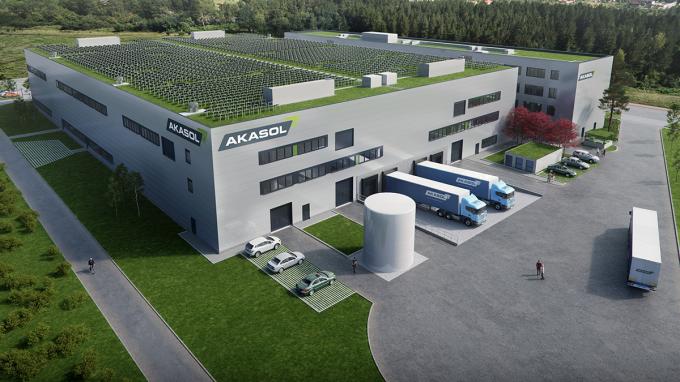 After the German battery supplier Akasol won another serial order from a leading international commercial vehicle manufacturer in the summer of 2019 for the supply of ultra-high-energy battery systems in the high three-digit million euro range, new production capacities are now being built up as planned, enabling serial production to start in the new Gigafactory 1 south of Darmstadt (30 km from Frankfurt) by the middle of 2021.

New generation battery system to be built in Darmstadt

The new ultra-high-energy AKASystem AKM CYC battery systems, which were crowned with the Innovation Award 2019 at the 25th Busworld exhibition in Brussels, will be manufactured at this location, Akasol points out. These systems, still quoting Akasol press release, achieve a further improved energy density compared to current systems, enabling the highest ranges of 600-800 kilometers under demanding real conditions in fully electric buses and commercial vehicles, depending on the vehicle type and driving profile.

Akasol in Darmstadt. With Manz AG 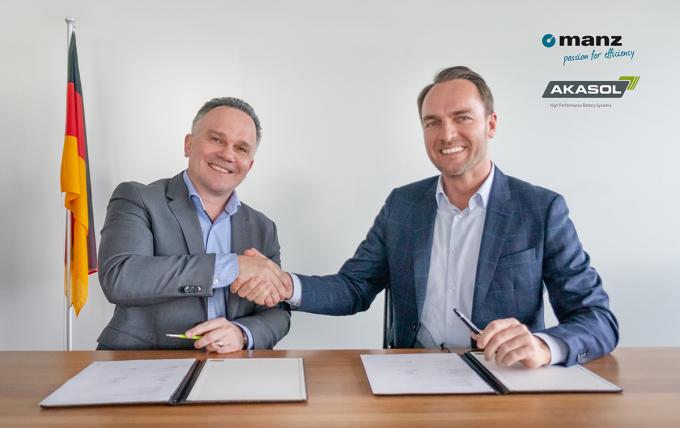 “With a total capacity of up to 5 GWh in the new Gigafactory 1 in Darmstadt, Akasol is well positioned to be able to deliver the quantities agreed with our serial customer in the coming years. In addition, the new Gigafactory 1 will be an important basis for the further expansion of our production capacities in North America, where we will install Gigafactory 2 with almost identical production equipment from the beginning of 2022. We are pleased that we could partner with Manz AG, an experienced and leading technology partner in this sector. Manz will supply the first equipment for Gigafactory 1 by the end of this year,” commented Sven Schulz, CEO of AKASOL AG.

According to Schulz, the successive expansion of fully automated production lines underscores the dynamic growth in the global market of high-performance and efficient battery systems for the electrification of commercial vehicles. “With the new Gigafactory 1, we are creating the best conditions for the supply of our technology-agnostic product portfolio to our customers, thereby strengthening our leading position as the largest manufacturer of lithium-ion battery systems for commercial vehicles in Europe,” Schulz continued.

In addition to the expansion of new production capacities, AKASOL’s investment focus in the next few months will be on the construction of the new headquarters, where a state-of-the-art and environmentally friendly test and validation center as well as a main administration building and space for up to 500 workplaces are being built on the 20,000 square meter site next to Gigafactory 1. Carsten Bovenschen, CFO of AKASOL AG, explained: “By the end of this year, we will be investing around EUR 60 million in the infrastructure of our new corporate headquarters and Gigafactory 1 in Darmstadt. This highlights our strategy to successfully manage the dynamic growth ahead of us as a global player, while additionally laying the foundation for long-term corporate success by winning new potential serial customers.”