Automated plug-in charging processes: Rocsys with Ebusco for the ‘robotization’ of depots

What about an automated electric bus depots through robotization of charging processes? Rocsys, a Dutch company active in robotic technology, is partnering with bus manufacturer Ebusco on this issue. The innovative robot ensures that the CCS plug of the depot charger is plugged into the bus automatically and 100% correctly.

CEO of Rocsys Crijn Bouman makes public that “The prototype robot is ready and working. Delivery of the first series of robots will take place in April 2021, after which a demo set-up will be installed at Ebusco in Deurne. A second, larger series is scheduled for July 2021”.

Automation adds to the choices that have to be made when using the bus fleet in a concession, Ebusco points out. Often it is necessary to decide at an early stage how and where to charge electric buses. Ebusco, as known, is focused on plug-in charging technology (a road taken by German group MAN as well), in order to avoid the deployment of extensive charging infrastructures.  “The only argument we regularly hear in favour of charging via a pantograph is that nobody has to do anything manually. That argument is no longer relevant thanks to this innovative robot,” says Peter Bijvelds, CEO of Ebusco. “This combination saves enormously on costs, time and permits compared to pantograph solutions.” 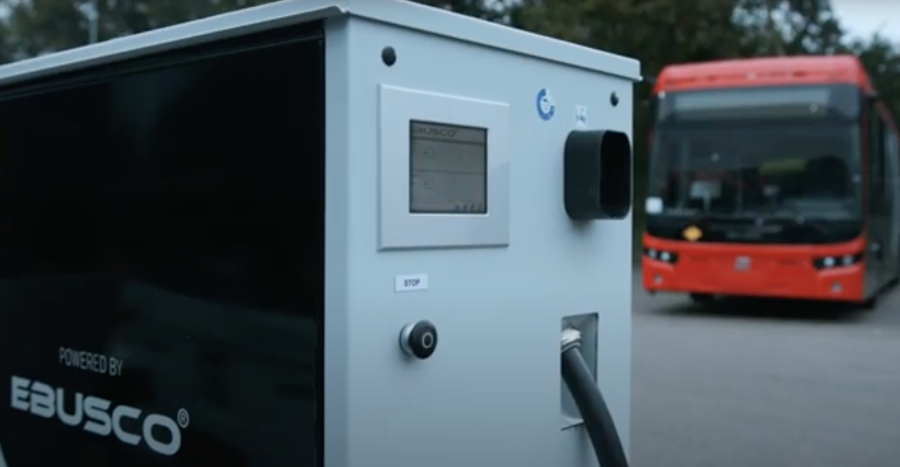 Automated charging processes, what for?

“The advantages of automating bus depots are many and varied: automating this process means there is no need for human hands and that has two major benefits. First of all, it saves time (and time is money), but perhaps even more importantly, it eliminates the risk of a bus not being charged in the morning, because someone forgot to plug in the bus or theplug wasn’t inserted properly,” says Peter Bijvelds, CEO of Ebusco.

“A lot of people think that robots are something we’ll have in the future, but we’re proving that they can do the job now. The prototype robot is ready and working. Delivery of the first series of robots will take place in April 2021, after which a demo set-up will be installed at Ebusco in Deurne. A second, larger series is scheduled for July 2021,” says Crijn Bouman, CEO of Rocsys. He adds: “The robot is being further developed so that it can serve several buses at the same time. We are also working hard to further standardize communication between the vehicle, the charger, the robot and the higher-level systems. This means we can get the entire charging process ready for self- driving electric vehicles“. 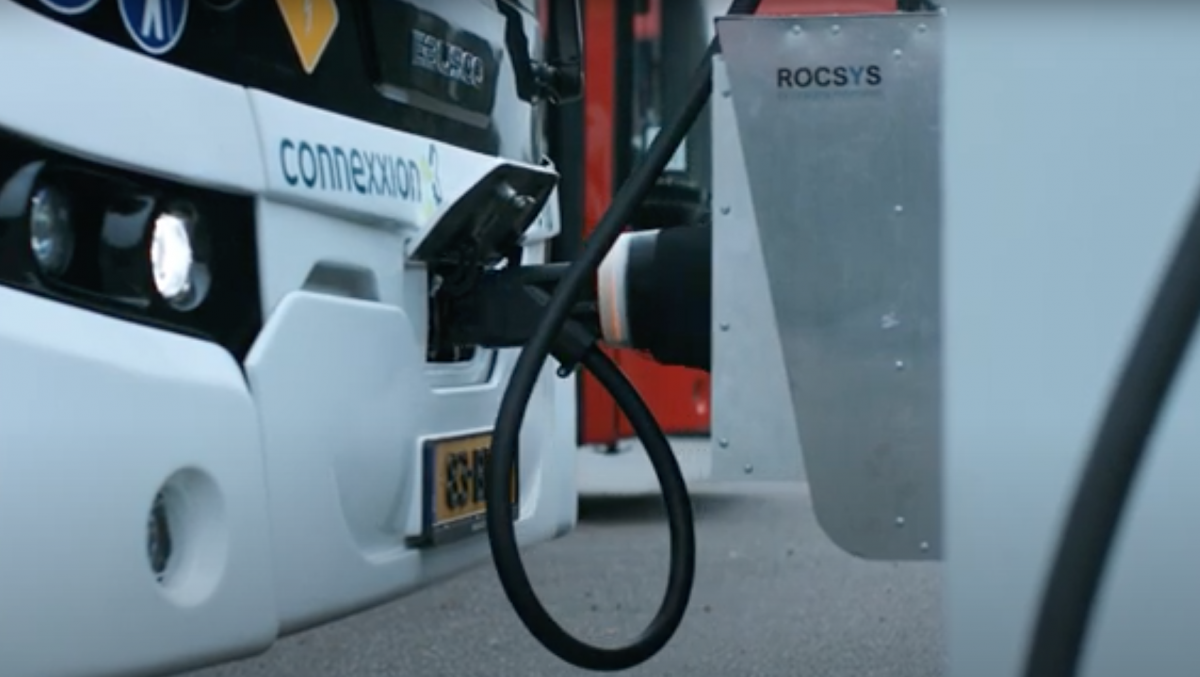