Testing is underway on the Italian electric BRT Metromare, between Rimini and Riccione

Testing has begun on the infrastructure of the Metromare, the BRT line that links Rimini to Riccione, on the Adriatic sea in Italy. The new ruote, launched one year ago, will be operated by nine trolleybuses Van Hool Exqui.City 18. Three of them have landed in Italy so far, as the supply has been postponed also due to Covid crisis. Testing procedure has started these days. 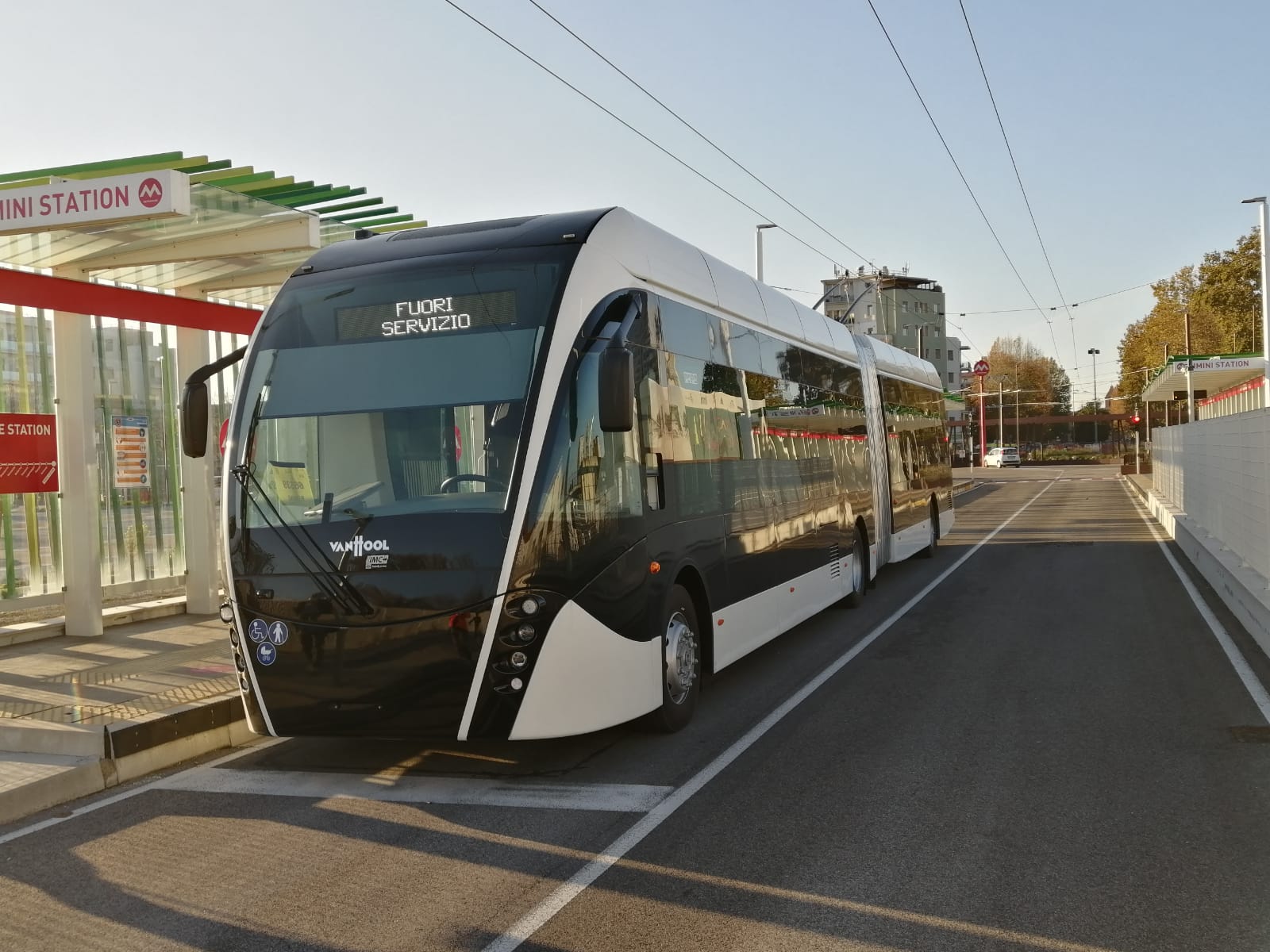 The first tests on the line, held yesterday, have proved successful. The trolleybuses have carried out a series of in-line trips and returns, both relying on wire traction and in autonomous running mode (that the vehicles will use daily in the journeys from the depot to the line). The quietness and regularity of the journey were highly appreciated, as well as the driver’s cabin separated from the passenger environment, and the interior comfort and lighting in the passenger compartment.

BRT in Rimini, based on battery trolleybuses

The so called Metromare BRT line is a first for this kind of application in Italy, as it will be based on electric trolleybuses running on priority lanes. It connects Rimini and Riccione in less than 25 minutes. It is the result of a 92 million euros investment, 60% financed by the government. It is worth mentioning the environmental benefits. According to a survey, the new system will reduce traffic on the Rimini coast road by over ten thousand cars per day. Particulate emissions will be reduced by 11%. It will also allow users to save time compared to current possibilities: in the summer period by up to 60%. 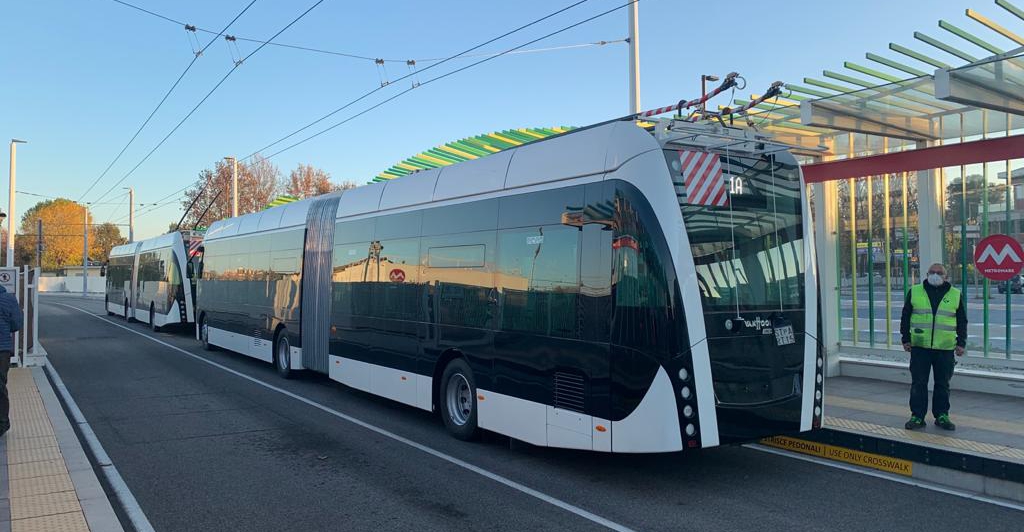