At the beginning of December 2020, the Transports Publics Fribourgeois (TPF) put a batch of 10 battery-powered trolleybuses Hess lighTram 19 DC into service. These vehicles are bound to replace the old dual-mode buses on line 1 in Fribourg. 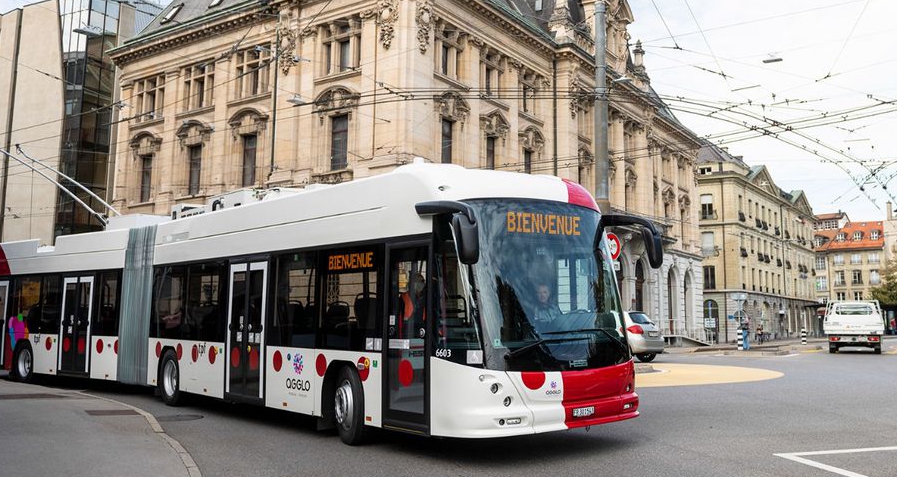 One of the ten battery-powered articulated trolleybuses ordered in 2019 was presented at the TPF’s maintenance and operations centre in Givisiez (FR). The vehicle has a 66 kWh battery mounted on the roof, which will give it the autonomy to run on line 1 in Fribourg, capital of the Swiss canton of Fribourg in the West of Switzerland.

What is very interesting is that the trolleybus will be in contact with a power supply line only on 28% of the route. The balance of the 7.5 kilometres will be done using the battery, which will change a lot inside and out, since the vehicle will have the silence of electricity.

Battery-powered trolleybuses are recharged via existing overhead lines and have a battery with sufficient capacity to cover short areas without overhead lines. This means that they can also serve non-electrified sections of line.

The introduction of these new vehicles without combustion engines can reduce noise and pollution in neighbourhoods, Hess points out. They thus offer a considerable gain in comfort both for the inhabitants of the areas in question and for passengers. The vehicles run on electricity from green sources instead of diesel. Thanks to the battery and electric propulsion, Freiburg can avoid the emission of 800 tonnes of CO2 per year, Hess underlines.