In 2020, Solaris Bus & Coach will deliver a large amount of trolleybus models to Italy. While the supply of 30 Trollino 18 in Milan already started, the operators SETA Modena and TEP Parma, both providing carrier services in the Emilia-Romagna region in the North of the country, have placed orders for altogether 18 modern Solaris Trollino 12 vehicles. Solaris is also about to enter French trolleybus market thanks to a contract for 22 vehicles for Saint-Etienne. 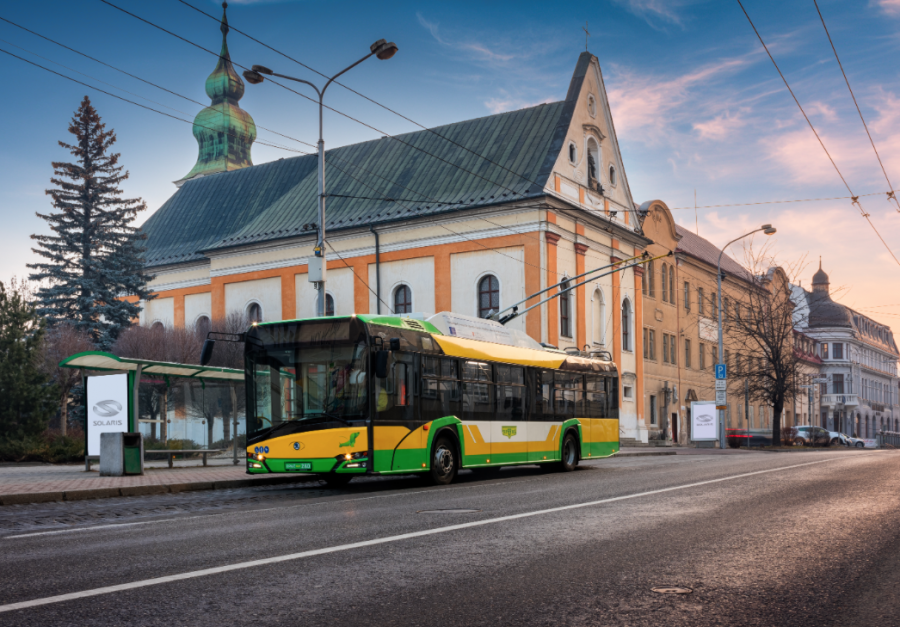 Solaris Trollino 12 in Modena and Parma

Eight of the trolleybuses commissioned will join the fleet of SETA Modena, the other ten will go to TEP Parma. The contracts signed by Solaris and the operators is worth nearly EUR 12 million. The latest Solaris Trollino 12 ordered by the two carriers are twin structures. The first recipient will be transport firm SETA Modena. Eight vehicles adjusted to serving on a trolleybus route with an atypical voltage rate of 750V (usually 600-650V), meaning the rate used in Modena, will be delivered to the city lying at the foot of the Apennines by the end of 2020. Meanwhile, the delivery of 10 zero-emission Solaris vehicles for TEP Parma will be carried out in several batches, between April and July next year.

Solaris Trollino 12 with 45 kWh on board

Solaris Bus & Coach added trolleybuses to its offer back in 2001. Since then, having supplied nearly 1500 vehicles of that type to customers in 16 countries, including 160 to Italy, the firm has become a leader in the segment among manufacturers in the EU. And now, as an effect of the takeover by CAF Group, Solaris is stopping tram operations and focusing on electric buses and trolleybuses.

Geneva has chosen Stadler Tramlink. 160 years after the first tram line was put into service, TPG (Transport Publics Genevois), operator of the Swiss city’s transport network, is vigorously pursuing its policy of expanding electric mobility. 38 units have been ordered from Stadler, winner of t...
In 2025 Barcelona will have an integrated tram network and no longer two separate networks. The beautiful Spanish city, 1,636.000 inhabitants, capital of Catalonia, in the early 2000s chose the streetcar as a new mode of transport for high-traffic surface routes, and from 2004 to 2008 put into servi...
Stadler’s new TINA trams are also coming to Rostock (Germany). On 24 June 2022, RSAG, the public transport operator in Rostock, placed an order with Stadler for 28 new trams, model TINA (German acronym for Vehicle with a Completely Lowered Floor), with an option for a further 13 units; the new...
Since a few days, rail transport in Paris is even more complete. On 6th July, the new 18.8 km long T13 Express line, operated by RATP – Ile de France Mobilites, was opened, connecting Saint Germain en Laye to Saint Cyr l’Ecole in the Versailles area. The route runs west of the city of Pa...