According to the order placed in 2019 by the Keolis Norge AS operator, Solaris will provide 10 Solaris Trollino 18 articulated trolleybuses to Bergen this year. First four of them just arrived to Norway’s second largest city. Official launch of all new trolleybuses is planned for beginning of December. The same city of Bergen will have as many as 102 Yutong battery-electric buses in operation. 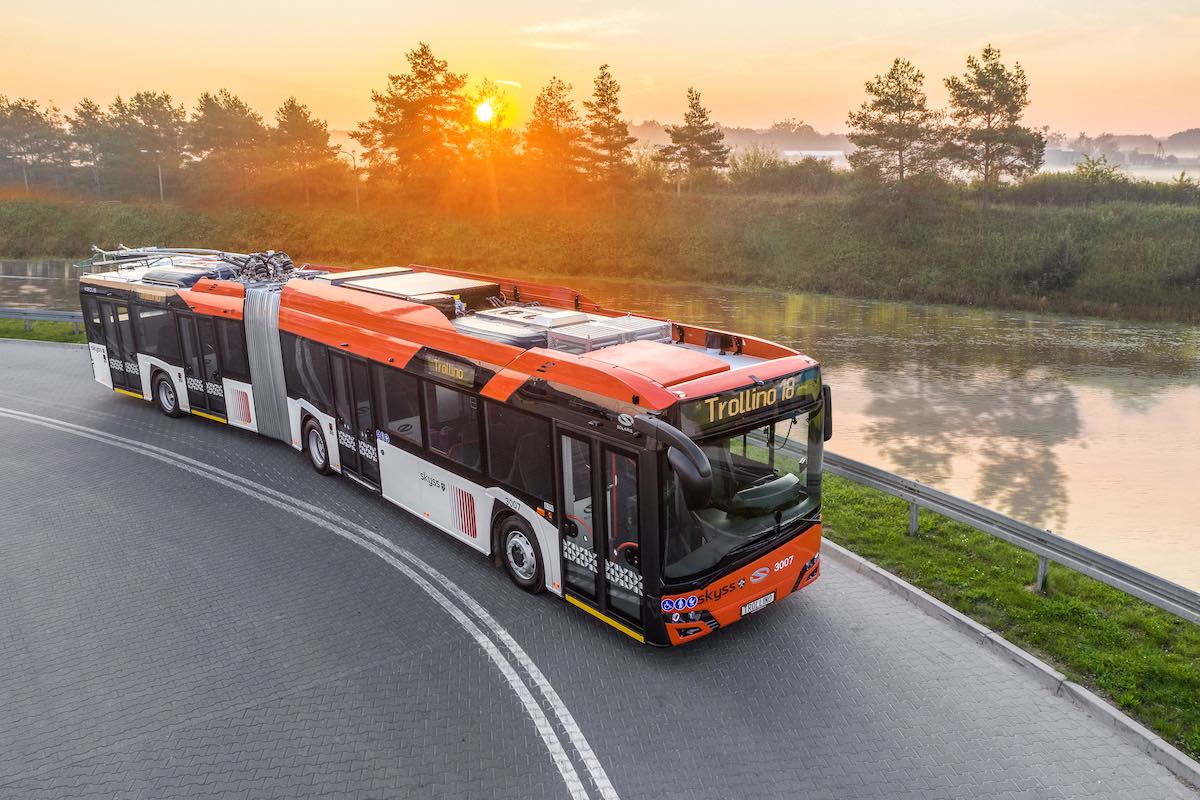 First Solaris trolleybuses in Norway will be used to service the only maintained trolleybus line in Bergen, whose length is currently 7.5 km. They were welcomed by County Mayor, Jon Askeland, City Councilor, Thor Håkon Bakke and Målfrid Sønstabø, CEO of Skyss, which is the local public transport authority.

The Trollino 18 ordered by Keolis Norge AS are powered by a 240 kW electric motor and equipped with 55 kWh traction batteries, thanks to which it is possible to cover a distance of over 11 kilometers without the need to connect to the catenary system, Solaris points out. The batteries are charged while driving with the use of ‘in motion charging’ technology, through current collectors mounted on the vehicle, which are connected to the overhead catenary.

As many as 42 seats are fitted on board, all equipped with seat belts. 10 seats is available from the low floor level, which will make it easier for passengers with reduced mobility to take up their seat. Interestingly, one of the seats behind the driver’s cabin has the option of folding, thanks to which a place dedicated to the guide dog accompanying the blind will be created. For those traveling on wheelchairs or with prams, two bays with straps are provided, as well as a folding ramp located at the second door. The trolleybuses are of course be fully low-floor and have the so-called kneeling function, further lowering the right side of the vehicle by 7 cm when stopping at the stop. 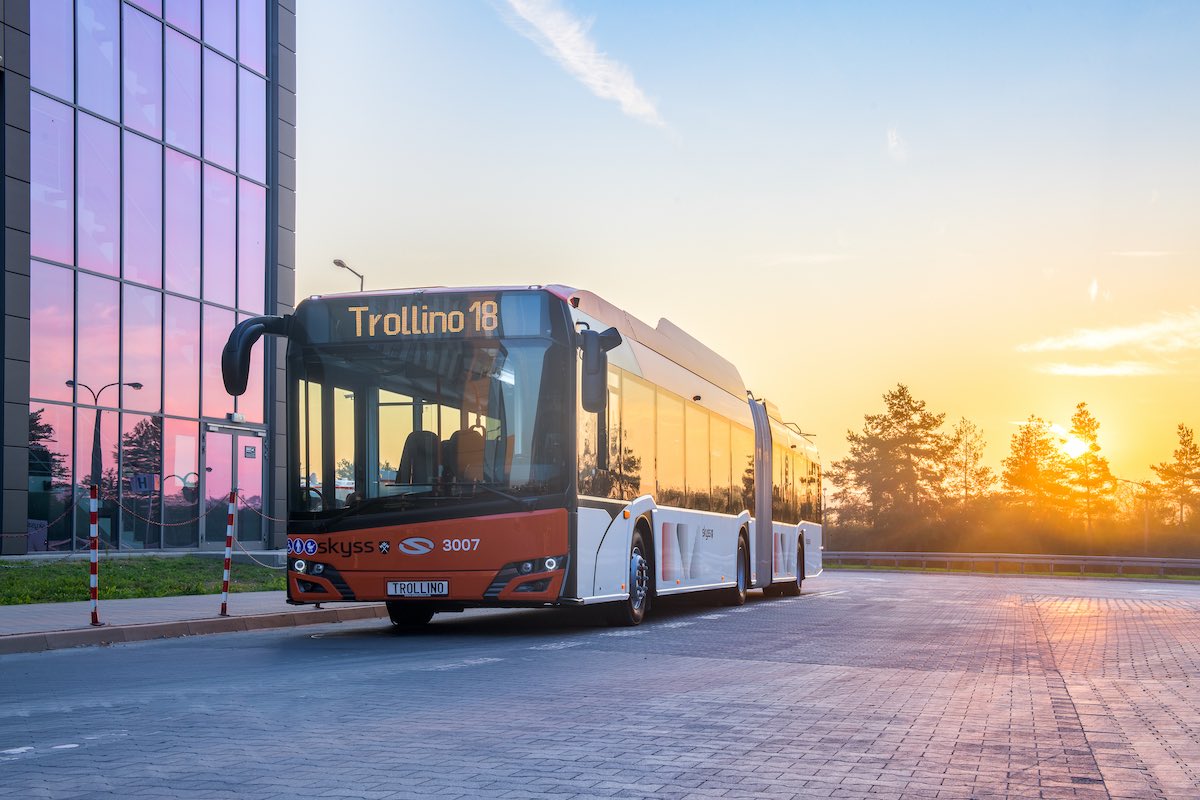 Solaris highlights it has used a number of solutions in its vehicles to increase the comfort and safety of travelers. Among them there are air conditioning for the driver’s cabin and passenger compartment as well as passenger information system with two large screen monitors and voice announcement of stops. Trolleybuses are also equipped with CCTV system consisting of cameras monitoring the interior of the vehicle, door area cameras, a reversing camera and one on the roof, watching the pantograph. Above each of the doors, mounted in a 2+2+2+2 system, there is a passenger counting system installed.

The trolleybuses ordered by Keolis Norge AS have a built-in breathalyser to check the driver’s sobriety before starting the vehicle. They are also equipped by the manufacturer with a special Scandinavian thermal insulation package, which improves the thermal comfort of passengers and reduces energy consumption at minus temperature. It includes, among others additional insulation of the side walls, the ceiling and the chassis in the area of the wheel arches, as well as double side windows. The vehicles are also adapted to the use of snow chains.

“I am delighted to welcome our first Trollino trolleybuses in Norway. This is the most modern type of trolleybus in Europe to date. It is easy to handle and has a hybrid solution, that means that it can also function as a fully electric bus. Soon whole 10 trolleybuses will start passenger service enlarging at same time the zero-emission Solaris fleet in our country. Bergen and Keolis are investing strongly in emission free solutions in public transport and better life quality in our cities”, said Sverre Skaar, Managing Director of Solaris Norge AS. 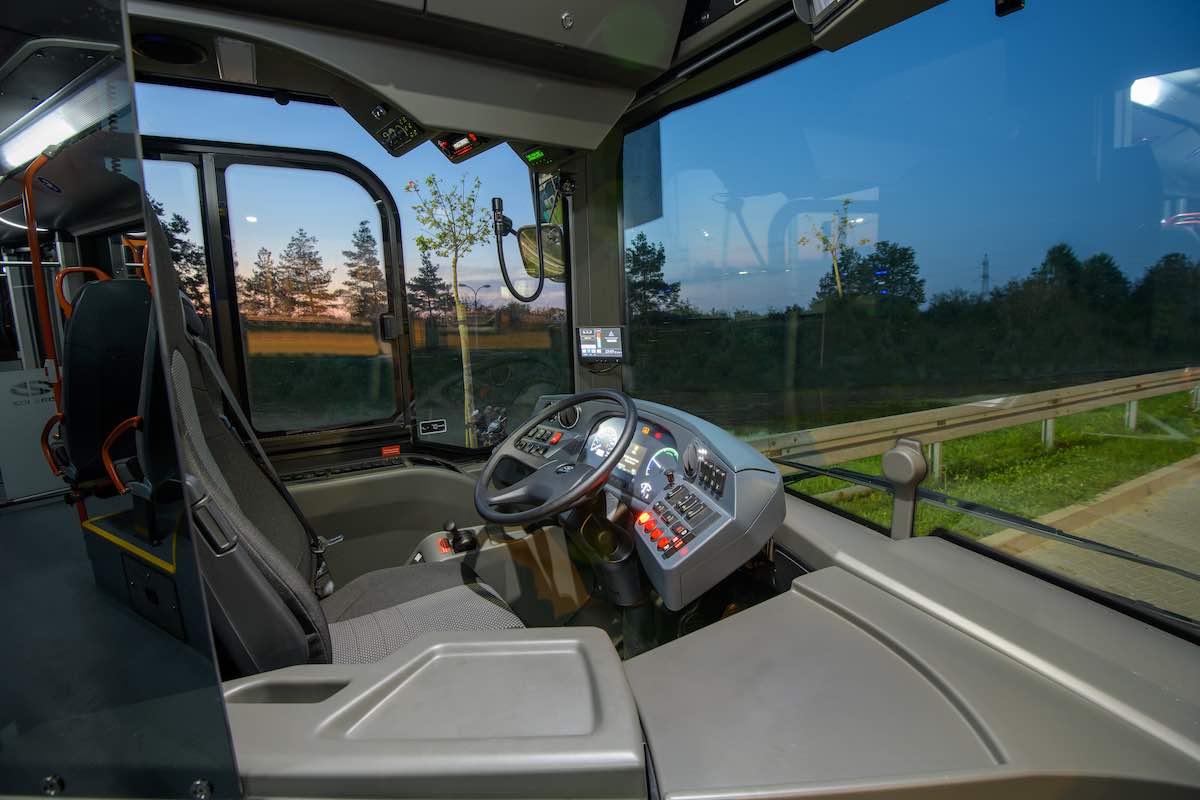