Trolleybus returns to Prague. 47 years later. From the beginning of July, passengers can take advantage of the new trolleybus service, currently carried out with one vehicle, on line 58 that connects Palmovka (Metro B) and Letňany (Metro C), with a length of 5 km. 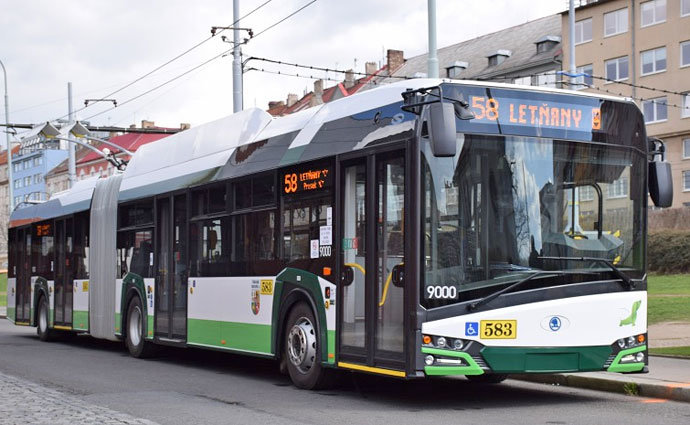 With In Motion Charging the trolleybus becomes flexible

The flexibility allowed today by IMC technology and the possibility of having a zero-emission vehicle has led the public transport operator DPP (Doprani Podnik hlavino mesta Prahi) to survey the possibility of a reintroduction of a trolleybus network.

Trolleybus in Prague, a pilot

The Prague pilot, which began in 2017, aimed at monitoring the performance and lifespan of batteries in order to assess the possibility of electrification of high-demand and high-frequency urban lines currently operated by diesel engines buses.

The current range of high-capacity trolleybuses with BMI technology can be advantageous in certain areas, when it comes to maintenance costs, compared to rail systems. 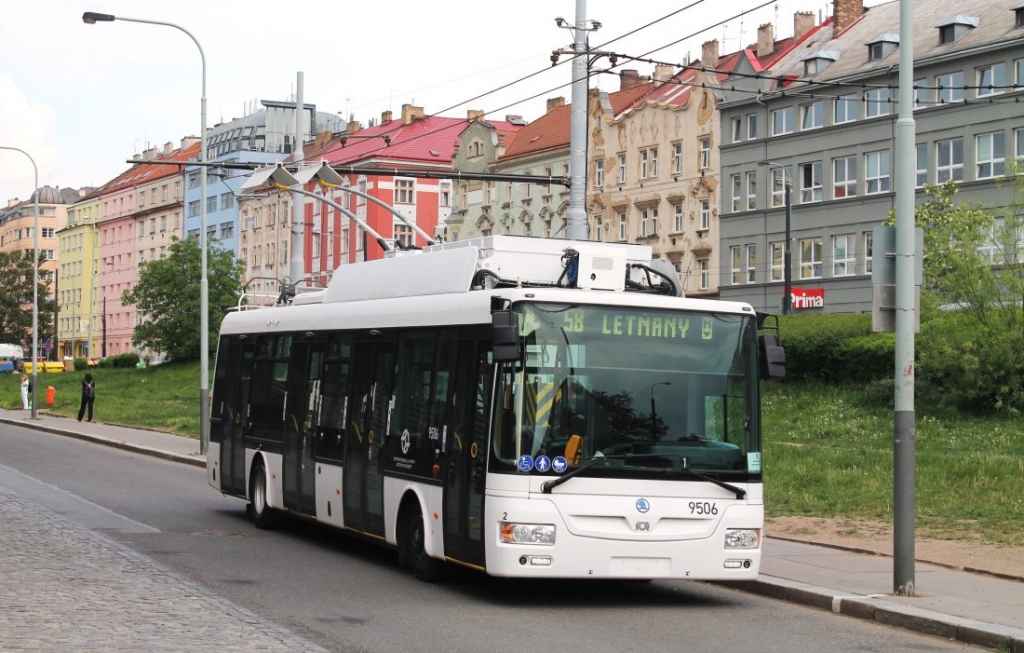 Designed according to modern criteria, line 58 has two charging sections, the first in Prosecka street, and the second at the end of the line in Palmovka. The charging sections cover 15 % of the entire route.

The choice of line 58 is due to several factors, including the height profile (via Prosecka is characterized by a long climb, excellent test for trolleybus vehicles), the proximity of the depot and the possibility of using the tramway energy supply network, factors that have allowed significant scale economies during the testing phase.

Trolleybuses in Prague, many vehicles tested 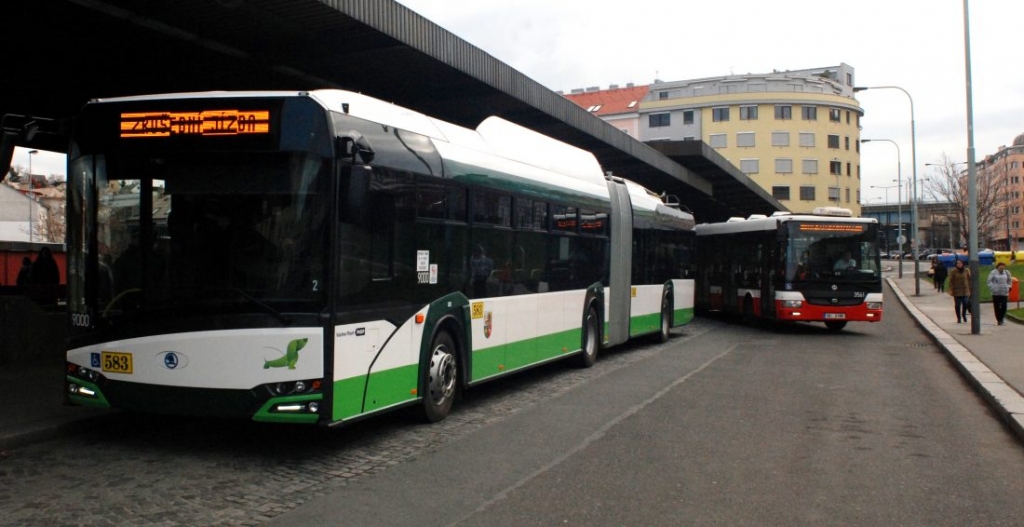 The tests conducted since October 2017 have resulted to be successful. “The very interesting experiment of line 58 indicates that we are gearing up to introduce environmentally friendly transport in our city,” commented Martin Gillar, CEO of DPP. Since 2017, DPP has been an official trolleybus operator.

Large-capacity trolleybuses are now planned on the 140 line linking Palmovka with Catowice and Miskowice (31 minutes on weekdays with frequencies of 6-7 minutes at peak times).

Prague, 24-meter trolleybuses in the future?

On September 25, 2019, DPP published a preliminary market consultation targeted at the supply of 20 “full electric” trolleybuses, over 19 metres long (allegedly 24-meter trolleybuses) that could be put in operation on both line 140 and line 119 (airport – train interchange + Nadrazi Veleslavin meter), which will be thus converted into a trolleybus line.

The length of the line is about 6 km, of which just under 4 km will be equipped with catenary. The first vehicles should be delivered between 2021 and 2022. The purchase of additional trolleybuses for the scheduled expansion of the network will have to be planned. At the same time, it is planned to extend the catenary for 2 km after the end of the Letnany line and from Prosecka Street to Prosek.

The first Tramlink lands in Milan. In fact, the first new generation tram, destined for both urban and extra-urban service, managed by ATM, arrived from the Stadler plant in Valencia. The vehicle, numbered 7201, has been stored in the main workshop in Milan, awaiting line tests to be held in the com...
Krakow is preparing to receive new trams. Poland’s beautiful and ancient city of 780,000 inhabitants has an impressive tram network, which has been in operation since 1882, and today is extended for 85 km with 22 daytime lines and 3 night-time lines, with over 350 stops. The service operates f...
After Berne, Basel, Waldenburg and Lugano, Tramlink will also arrive in Lausanne. On 10 November, Stadler Rail announced that it had signed a contract with the Lausanne network operator TL for the supply of 10 standard-gauge Tramlink trams for the future T1 line, as well as spare parts and equipment...
by Stefano Alfano VBZ, the public transport operator for the city of Zurich, has awarded Swiss manufacturer Hess with an order for 13 articulated battery-powered trolleybuses and 13 Hess lighTram bi-articulated battery-powered trolleybuses. And there are plans for further 140 vehicles. The commissio...
Sign Up Here!