A commuter bus service operated through two double-decker buses fueled with biodiesel. Keolis (or, being specific, its subsidiary Keolis Sverige) has been awarded a new contract in Sweden, between Gothenburg and Boras, covering 65km and starting from December 2020. The service will provide a service to 1.3 million passengers every year.

With this new contract, Keolis group reinforces its presence in Sweden, where it operates 1,700 fossil-free buses throughout the country. Just a few days ago, Keolis subsidiary in the Netherlands (Keolis Nederland) has awarded BYD with Europe’s largest electric bus order (so far).

Remaining in Scandinavian countries, earlier this year Keolis has been awarded a bus contract in Norway for a fleet that runs on 100% renewable energy. 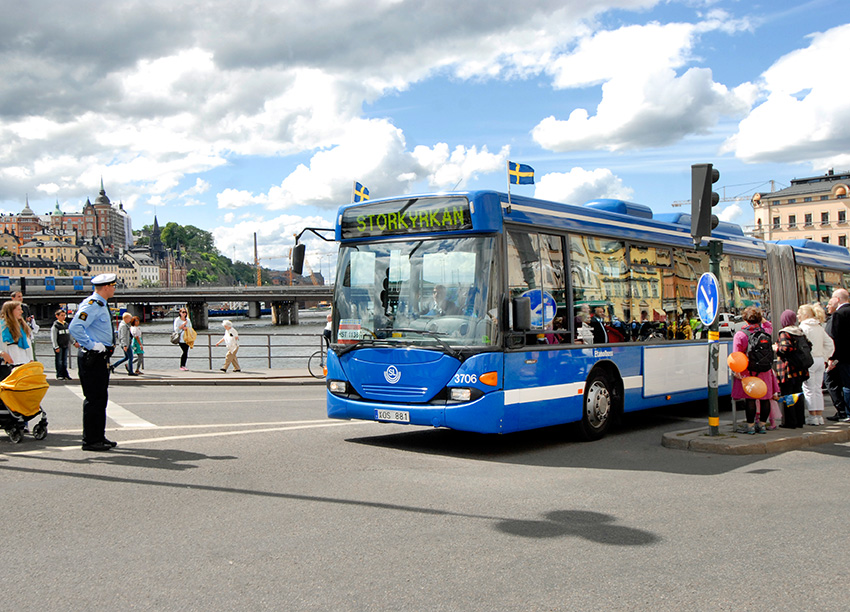 At the end of November Västtrafik, the Swedish public transport authority, awarded Keolis Sverige, the Keolis Group’s subsidiary in Sweden, a new contract to operate the commuter bus service between Gothenburg and Boras, two large cities in the west of the country (with 550,000 and 65,000 inhabitants respectively).

The 10 and an half-year contract won by Keolis Sverige is due to start in December 2020 and reinforces the Group’s presence in Sweden where it has been based since 2003 and operates 1,700 fossil-free buses.

Boras lies 70km east of Gothenburg. The commuter bus network, which spans over 65km, will serve 1.3 million passengers per year. The new double-deck fossil-free biodiesel buses will be introduced to the network to replace the existing fleet. Each bus will be able to carry up to 80 passengers and will be equipped with modern commodities such as charging points, Wi-Fi and comfortable seating. New parking for the buses will be set up in Boras and the Keolis depot in Gothenburg will be reinforced to carry out maintenance on the buses.

«We are very pleased with the trust placed in us by Västtrafik, with whom we cooperate in other cities in the country . says Arnaud Van Troeyen, Deputy CEO International at Keolis -. We look forward to running this new fossil-free bus commuter service, drawing on our experience with double deck buses in France, Belgium and the US to provide passengers with a shared, comfortable and environmentally-friendly commuting experience».

The MCI D45 CRT LE CHARGE represents the second electric coach launch in a few weeks by NFI’s subsidiary Motor Coach Industries. The model is also the fourth e-bus launch in 2021 by NFI Group, to which MCI belongs. Alongside the D45 CRT LE CHARGE launch, MCI introduced the new D series, i.e. t...
A luxury coach. Powered with electric drivetrain and batteries. MCI has just unveiled its first battery-electric zero-emission luxury coach in the North American market: the J4500 CHARGE.  MCI belongs to the NFI group. The J4500 CHARGE – a zero-emission version of the industry’s best-selling J serie...
The EU project CoacHyfied has been launched. It is led by service provider FEV Group and aims to identify existing challenges and elaborate suitable solutions by developing and operating six fuel cell coaches in public and commercial transport, both local and long-distance. A consortium of 14 compan...
Van Hool electric coach is now… real. The first Van Hool CX45E has left the factory in Belgium and has been now shipped to the US. The bus was showcased at Busworld 2019 and it is addressed at the North American market. As a supplier of battery modules, Van Hool has chosen Proterra, a US based...