The new Citymood CNG by Industria Italiana Autobus are going into service in Bologna, where the whole delivery of 21 vehicles will be on the road by autumn.

The news was announced by the public transport company TPER in a press release, which points out how the company (which operates in the city and province of Bologna) has now established itself as one of the most important natural gas fleets in Italy and one of the CNG bus leaders in Europe. 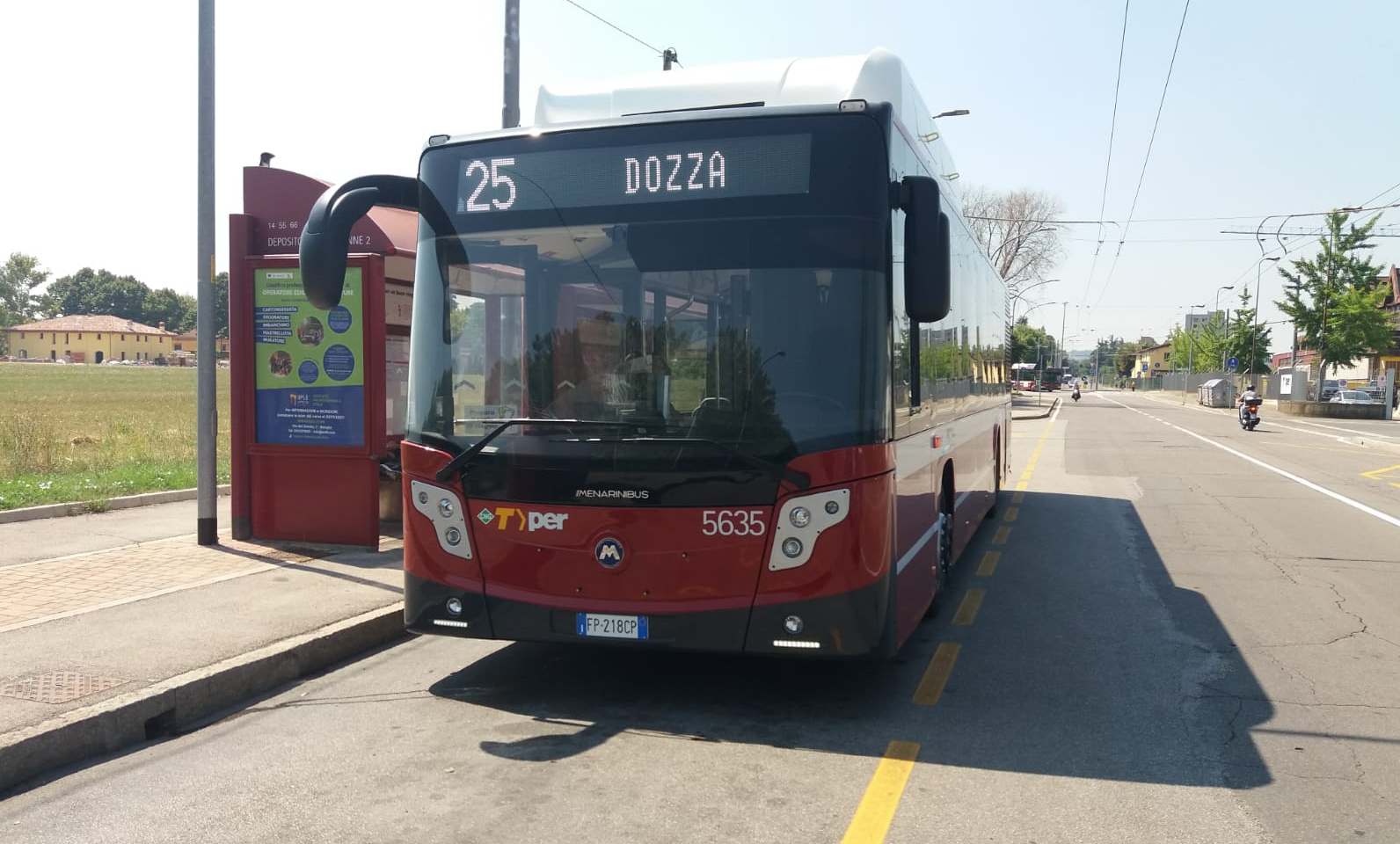 The debut of the new CNG Citymood in Bologna

A few days ago the first 12-metre Citymood natural gas bus by Industria Italiana Autobus, recently purchased by Tper following a European tender, made its debut on the streets of Bologna. The entire supply is made up of 21 vehicles, all of which will be in service by autumn. With these latest arrivals – and also other supplies, for a total of 45 new natural gas vehicles – the company continues the modernization of the fleet, carried out in recent years thanks to significant investments.

The total investment for these new 21 Cng buses, according to the press release signed by Tper, amounts to €4.5 million, of which about 70% covered by Tper. The new natural gas buses are equipped with three double-leaf doors, a large internal corridor, 23 seats – four of which are reserved and specially designed for people with mobility problems, pregnant women or adults with small children – as well as two folding seats: a layout that allows a total load of more than 100 people. With this supply, Tper’s natural gas bus fleet exceeds 300 vehicles: one of the largest in Italy and one of the first in Europe. Among the other Italian companies active in the field of methane is Brescia Trasporti, with 176 natural gas buses in its fleet.

Electrification made of… trolleybuses

The renewal of the fleet of road vehicles that Tper is implementing in agreement with the Emilia-Romagna Region and local authorities is based on several guidelines to ensure, in compliance with national and European regulations on decarbonisation and sustainable mobility. On the main lines of the urban network, thanks also to the development of the trolleybus network, the use of electric vehicles will increase; in the urban area, in addition to trolleybuses, the focus will be on the use of methane and hybrid buses, as well as for suburban transport.

In the suburban area, we can always read in the Tper release, where diesel vehicles are used, the innovative vehicles fuelled by Lng will also make their debut soon. They are expected to be delivered in mid-2019 following the first tender in Europe for Lng buses. A tender also won by Industria Italiana Autobus. Recent purchases are also part of the three-year investment plan of over €211 million, which includes new buses with high environmental compatibility, electric trains, development work on the trolleybus network and investments in technological and IT innovation in new systems.

Consip (the central purchasing department of the Italian public administration) has awarded the framework agreement for the supply of CNG-powered buses for central/local governments and public transport companies. The winners were Scania (Italscania), Industria Italiana Autobus, Iveco and Otokar. Th...
Iveco Bus launches a new-generation mild hybrid bus range, available in Natural Gas and XTL renewable fuel versions. The biomethane-compatible Urbanway, the first model in the brand’s offer to benefit from this technology, is on preview at EuMo 2022 in Paris, one of the main public transport e...
Irizar is set to debut in the LNG Class II and coach segment as it announces it has manufactured the first LNG i4 model, for intercity or short distance routes. Manufacturer claims a range of more than 1,000 kilometres. This option is an addition to the range of technologies and sustainable fuels th...
The North County Transit District has exercised options for 50 Xcelsior compressed natural gas buses, converted from New Flyer’s backlog. The first option conversion occurred in 2020 with 20 buses ordered, with the remaining 30 ordered in 2021.  CNG buses for NCTD The options are part of a five-year...