The Mercedes Citaro with natural gas drive (and mild hybrid module) gains ground in the Netherlands. From the end of August the EBS public transport company will be operating 93 of such vehicles in the Rotterdam – The Hague metropolitan area. The fleet is made up of 83 Citaro NGT hybrid solo buses and ten Citaro G NGT hybrid articulated buses. Their common characteristic is the combination of a gas-powered engine with a hybrid module. The first orders for this model were signed at the beginning of 2019. 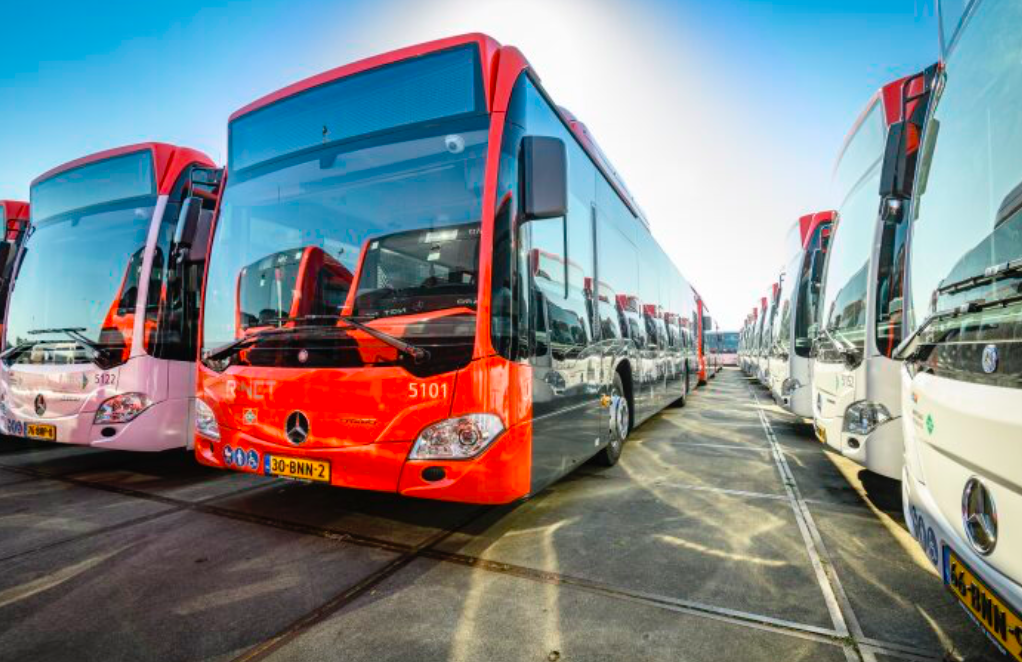 EBS (Egged Bus Systems) is operating 93 urban buses on bus routes around The Hague. The EBS public transport company is located in the town of Purmerend north of Amsterdam and operates several bus routes in the Netherlands. In addition to the gas-powered engine, hybrid module and the ZF Ecolife automatic transmission, the urban buses are equipped with electrohydraulic intelligent eco steering – a recuperation module for recuperating electric power – and LED headlamps, Mercedes points out.

The Mercedes-Benz M 936 G gas-powered engine delivers 222 kW (302 hp) from 7.7 l displacement and achieves a maximum torque of 1200 Nm. When used in conjunction with biogas or biomethane, the Citaro NGT hybrid is almost CO2 neutral.

The electric motor of the hybrid module supports the gas-powered engine primarily when the vehicle pulls away and the demand for power is high with an output of up to 14 kW and 220 Nm torque. The ability to provide for this maximum demand in power reduces fuel consumption, by up to 8.5 percent, according to the manufacturer. The electric power for the electric motor is recuperated during braking and overrun phases at no cost. It is stored in double-layer capacitors – so-called supercaps. The mild hybrid concept is gaining popularity all over Europe (particularly in Italy).