The electrically driven air-conditioning solution Eberspaecher  AC 136 AE HP has been specially tailored to the requirements of hybrid and electric buses. Thanks to its reversible refrigerant circuit, it combines cooling and heating functions in a single device. In addition, the system scores with one hundred percent fresh air supply, Eberspaecher explains in a press release. “Our high-performance electric air-conditioning systems contribute to a high level of passenger comfort and clean mobility in the public transport system,” explains Oliver Wels, General Manager Eberspaecher Climate Control Systems Bus & Coach. Bus manufacturers additionally benefit from diagnostics-capable components, a brushless fan and the system’s modular design, which enables quick and easy installation.

A cooperation with strong manufacturers

“Chinese manufacturers have an enormous share in the global electric bus market,” says Oliver Wels when explaining the importance of the orders for Eberspaecher. “Therefore, cooperation with BYD and Golden Dragon is a key step for us in further expanding our global presence in this market.” The majority of the more than 40 electric buses are operated by public transport companies in Israel’s major cities of Tel Aviv and Haifa. In future, seven BYD vehicles will also be the first all-electric buses to be used in Jerusalem’s public transport system. Haifa ordered in 2017 a batch of 17 BYD electric buses, to be deployed in the northern area of the city. The order followed a pilot developed in 2013 with an electric bus by BYD in the capital city Tel Aviv. 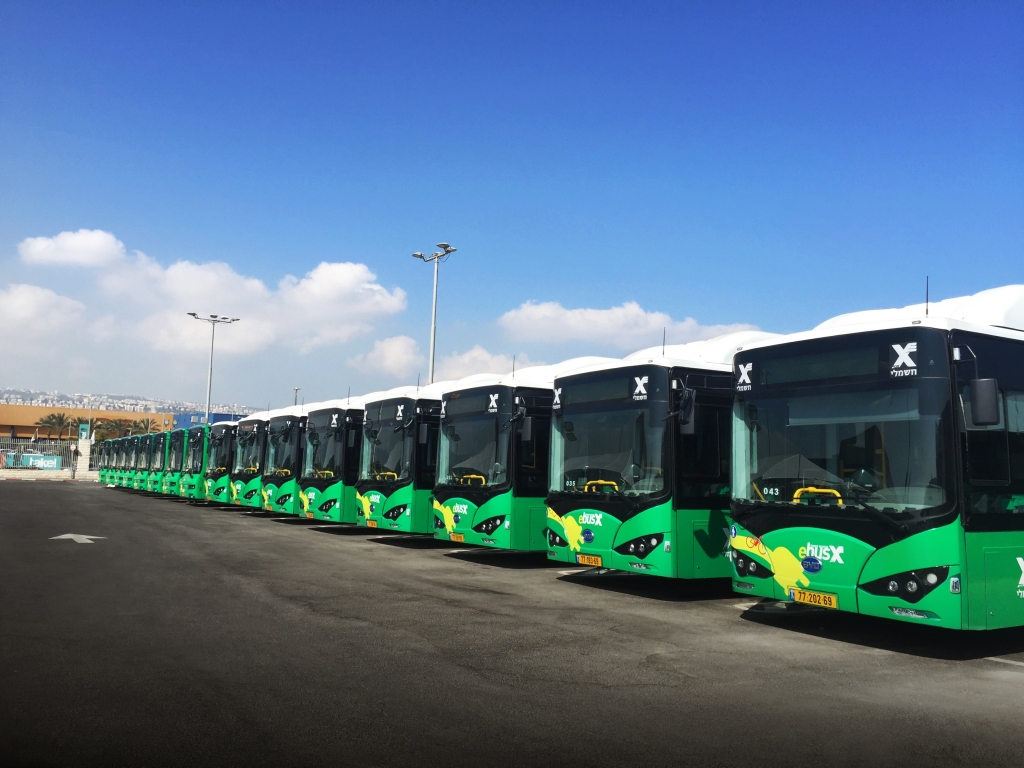 Below, a contribution from Claudius Jehle, CEO of volytica diagnostics GmbH*. It’s the second of a series of knowledge articles (a cycle, indeed)  on a series of topics around Li-Ion Batteries, written by  Claudius and other field-related experts. Feedbacks, questions and contributions are welcome (...
Polish battery supplier BMZ announced it is soon launching a new generation of EV battery (REESS) dedicated for commercial applications. Named Magnus+, is presented as a scalable solution that can reach nearly 700 kWh. BMZ is also the provider of the Solaris High Energy+ batteries, realized for the ...
Forsee Power announces the opening of an office in Japan. The new Forsee Power office is located in Tokyo and hosted by the Group’s Japanese shareholder Mitsui & Co., Ltd., one of the most diversified and comprehensive trading, investment, and service enterprises in the world, who joined Forsee ...
Paving the way for electrification of bus fleets by operating batteries on behalf of the operator. The UK-based company Zenobe Energy is protagonist of some significant key studies. Take London, where 34 e-buses were put in operation last year leveraging on an innovative financing scheme: Zenobe Ene...