ADL will supply six electric buses in New Zealand, powered with BYD technology. They’ll be the new variant of the Enviro200EV with a lenght of 11.6 meter, recently announced. The buses will be delivered in mid-2020 to Fullers360, and will mean the beginning of the conversion of bus services on Waiheke Island to a zero emission operation. 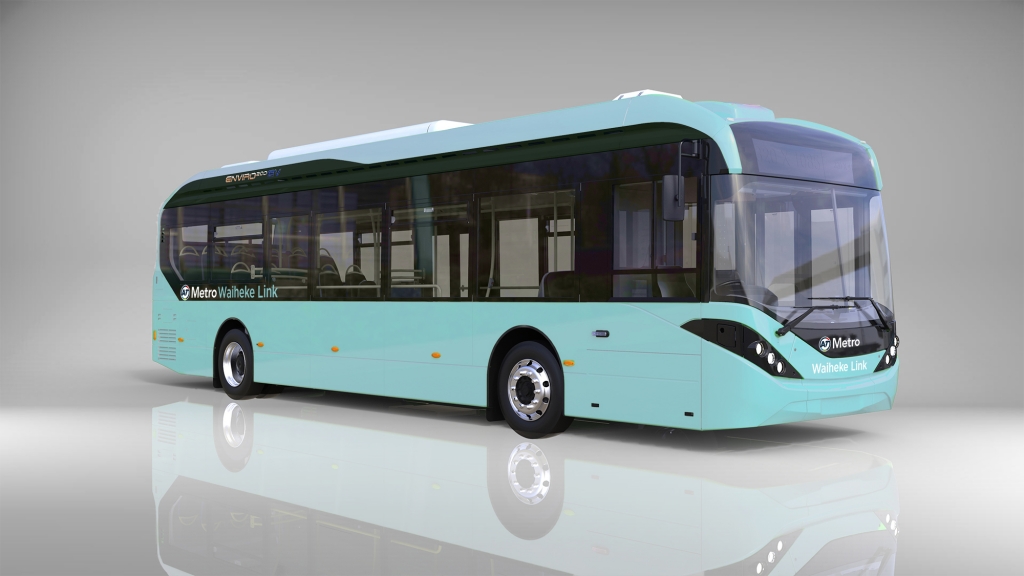 Further 5 electric buses to be added

The new electric buses will be operated by Fullers360 subsidiary Waiheke Bus Company on behalf of transport authority Auckland Transport (AT). The company has plans to add a further five electric buses later, cutting out emissions from the entire AT Waiheke Island bus network, which connects communities with Fullers360’s frequent ferries to Auckland. The order follows the successful trial of two BYD ADL Enviro200EV across the Auckland Transport network since 2018.

The battery buses will be built to the new length of 11.6m, recently announced by Alexander Dennis and its partner BYD. The new model maximises the use of available space to offer two additional seats as well as increased legroom, the manufacturer highlights. Passengers benefit from full air conditioning, while drivers will enjoy improved handling characteristics thanks to a shorter rear overhang.

Fullers360 Chief Executive Officer Mike Horne says: “With Auckland Transport’s support, Fullers360 and Waiheke Bus Company are proud to lead a significant reduction in road emissions on Waiheke Island. As we revamp our fleet with new electric vehicles, the buses will continue to play an important role in connecting the Waiheke community to Matiatia Wharf and destinations across the island.”

Tony Moore, General Manager of Alexander Dennis New Zealand, says: “This is a fantastic continuation of the work Auckland Transport is doing to reduce emissions across the region as part of its Low Emission Bus Roadmap. Alexander Dennis would like to thank Fullers360 for this vote of confidence in our buses and we look forward to transforming Waiheke Island’s bus services.”

Wing You, BYD’s General Manager for Australia and New Zealand, says: “BYD’s latest iron phosphate battery technology (editor’s note: LFP formula is typical of Chinese market, while Western countries are more likely to adopt NMC batteries) powers reliable electric buses around the world. By combining our chassis with market-leading bodywork from Alexander Dennis, we are able to give Fullers360 and Auckland Transport a pure electric, zero emission bus that exactly meets their requirements.”