15 per cent of Messina public transport buses are now electric. BYD delivered a few days ago as many as 16 zero emission buses to ATM Messina, the operator of the Sicilian city (Italy). 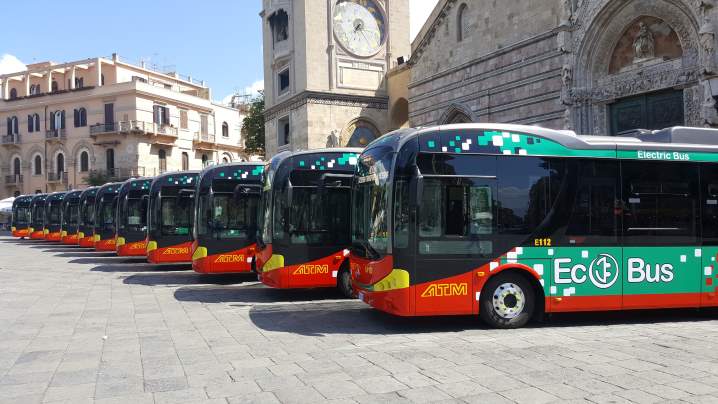 ATM’s new BYD fleet signals the first full-size zero emission bus fleet for the island of Sicily and for the whole South Italy. The Local Authority operator in Messina also boasts the highest percentage of electric buses (15% of total) within any public transport fleet throughout Italy. The acquisition of the new 53-passenger capacity BYD eBus fleet comes via state funding, directly through the municipality of Messina. The delivery follows an order for 13 units signed one year ago. An order that has been increased up to 16 units.

This hand-over, BYD points out, is the latest in a consistent number of recent sales (Madrid, Valencia, Badajoz and Badalona in Spain, Coimbra in Portugal). Also deliveries are ongoing across Scandinavia. 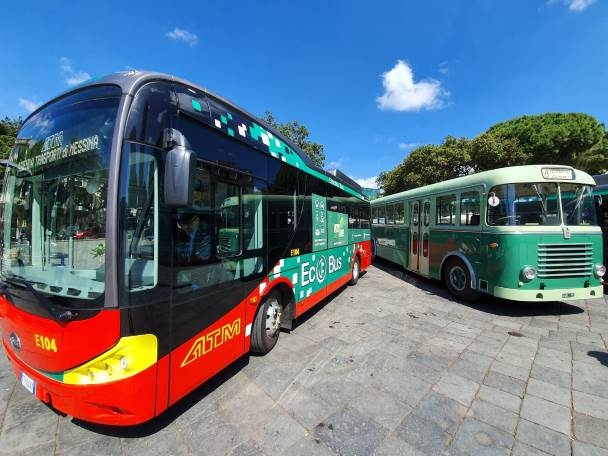 A green turning point for Messina

Going back to the Italian delivery, “The use of electric buses,” said Transport Councilor and Deputy Mayor, Salvatore Mondello, “reduces pollution and promotes sustainable mobility. We are proud that Messina becomes one of the leading cities from this point-of-view. We want to continue to focus on sustainable and technologically advanced transport.”

ATM’s President, Giuseppe Campagna, agrees, saying, “It was necessary to reach this ‘green’ turning point, that is enclosed in the general context in the evolution of mobility.”

Isbrand Ho, Managing Director at BYD Europe, added, “This is certainly an important day for BYD, not least the geographical significance of Messina and that BYD eBuses are now seen in service right across Europe – north, south, east and west. We are seeing an increasing acceptance of pure electric mobility, not only from public transport companies but, perhaps more importantly, from the general public itself – it is the people that drive change. I’m very pleased that BYD has both the products and the charging-infrastructure in place to meet customer demand and we will continue with our commitment to bring 100% emissions-free eBus transport to European towns and cities.”