The Egenberger bus company in Thierhaupten (Germany), close to Augsburg, has taken delivery of two Mercedes eCitaro, thus opening a new chapter for the family-run business at the third generation.

Looking ahead, the Mercedes eCitaro G is ready to be delivered by the end of this year. There are already definite orders for over 60 of the new Mercedes eCitaro G from half a dozen towns and cities (starting from Munich), the manufacturer points out. Depending on the version, it can transport up to 146 passengers.

The debut of the articulated version of the Mannheim-made electric bus in 2020 has been scheduled by Daimler Buses ‘electric’ roadmap since the launch of the 12-meter eCitaro. 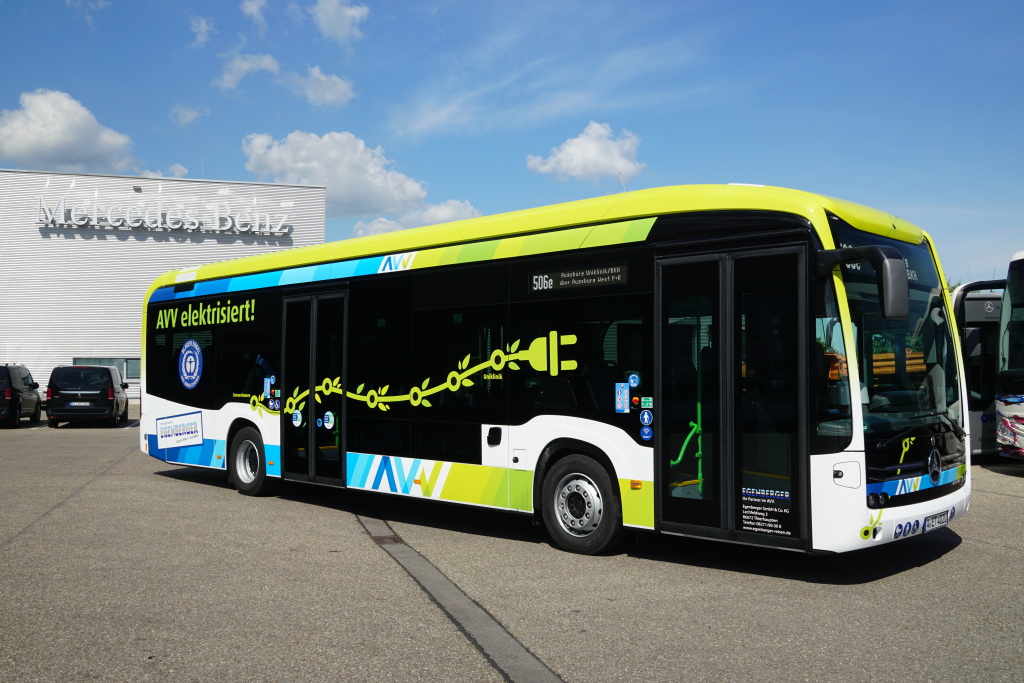 The equipment in both eCitaro buses for Egenberger bus company proves the attractiveness of local public transport with buses, Daimler points out. The large windows with additional glazing on the sides beneath the window sill let lots of light into the passenger compartment with its friendly design. Folding ramps on both doors facilitate entry for passengers with restricted mobility. Passengers sit on comfortable Inter Star Eco inter-city seats with leather headrests. Whilst on the move, they receive information via three TFT monitors and, if they have their own personal end device with them, they benefit from numerous USB ports and a WiFi router for internet access. Egenberger also makes sure that bus drivers have an optimum driver cockpit – from the climatised driver’s seat to a refrigerator box.

The safety equipment includes the active braking assistance system Preventive Brake Assist, Sideguard Assist, video monitoring of the passenger compartment and even a pedestrian bell. It warns inattentive passers-by when the quiet eCitaro approaches them. The battery capacity of 292 kWh guarantees the highest possible range. 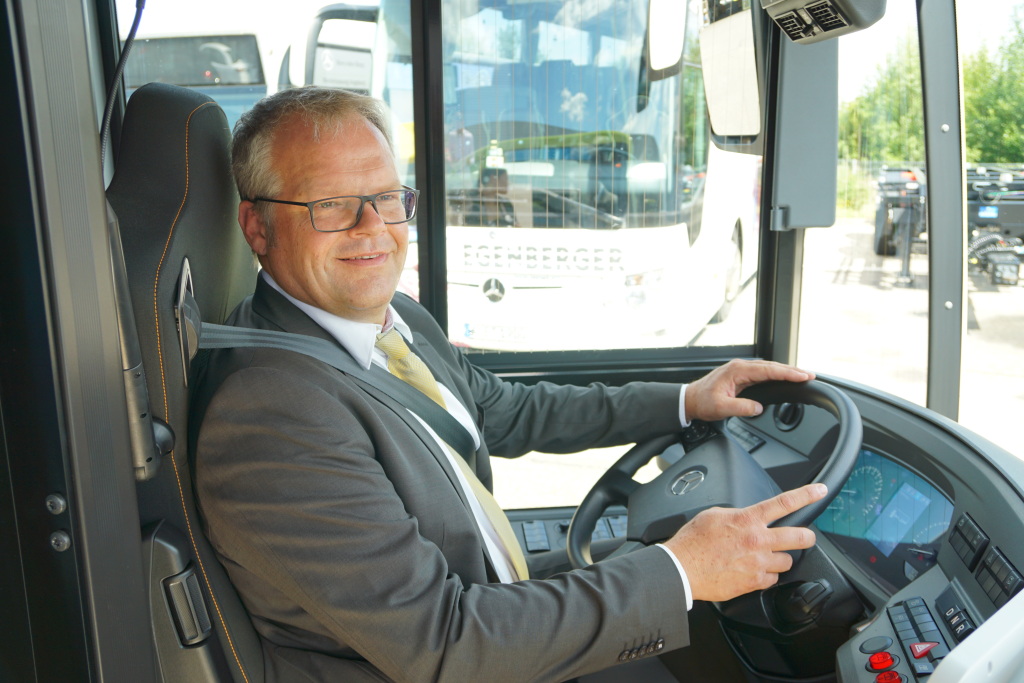 Egenberger bus company, more than 70 buses in the fleet

The Egenberger bus company, as mentioned above, is family-run in the third generation. The company is partner to the Verkehrs- und Tarifverbund AVV (public transport association) in Augsburg and also operates tourist travel and a bus rental service. For the most part the fleet with more than 70 buses comprises Mercedes-Benz vehicles. The touring coaches are well-known for their conspicuous paintwork. The company also values state-of-the-art technology. Thus Egenberger has been operating the efficient Citaro hybrid for two years. The two new eCitaro buses are the next logical step in this development.

At the handover ceremony, Managing Director and owner Paul Kienberger said: “We stand for mobility and in doing so place the greatest importance on innovative, reliable and environmentally friendly technology. With the new eCitaro we are even ahead of future environmental regulations.”

Axel Stokinger, Head of the German sales organisation at Daimler Buses and EvoBus GmbH added: “By operating two eCitaro buses, Egenberger is a prime example of the innovative power of medium-sized bus companies.“ 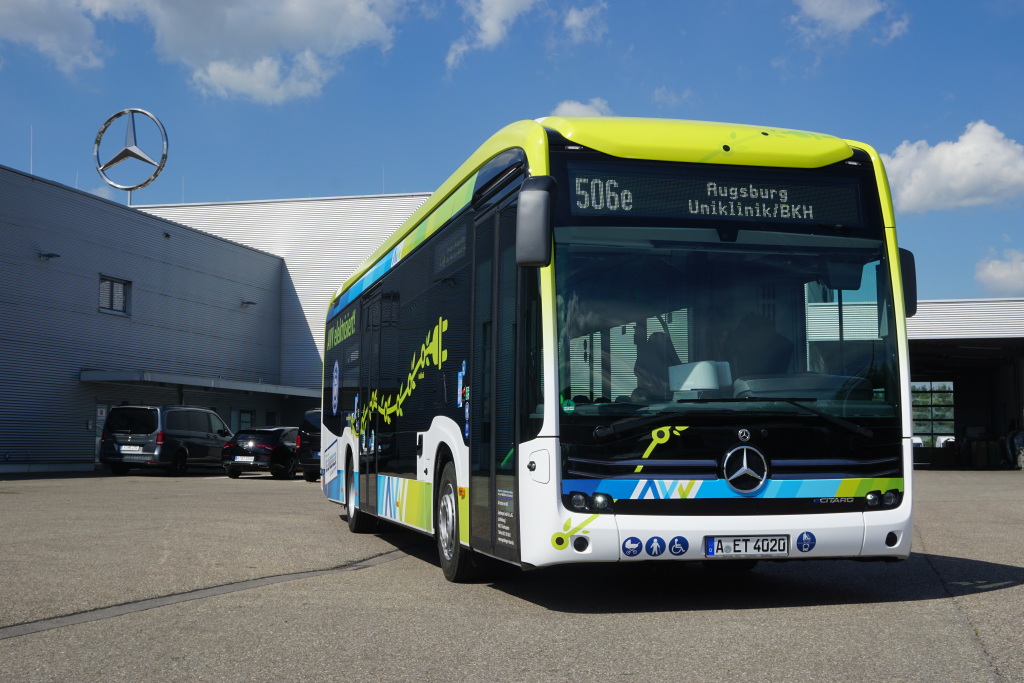