Solaris will supply 29 electric buses to Offenbach am Main, in Germany. This is the second biggest order from Germany for electric buses made by the Polish producer. The deliveries will be completed in October 2021, Solaris points out.

The German electric bus market is expanding dynamically, whereas the battery Urbinos have run on German streets since 2013. So far, Solaris says it has supplied or secured orders from German customers for over 230 battery-electric buses.

Last week Solaris has delivered two Urbino 12 electric buses to the German city of Würzburg. And, besides battery-electric buses, the Polish producer has also secured a 25 hydrogen bus order from Cologne and Wuppertal. 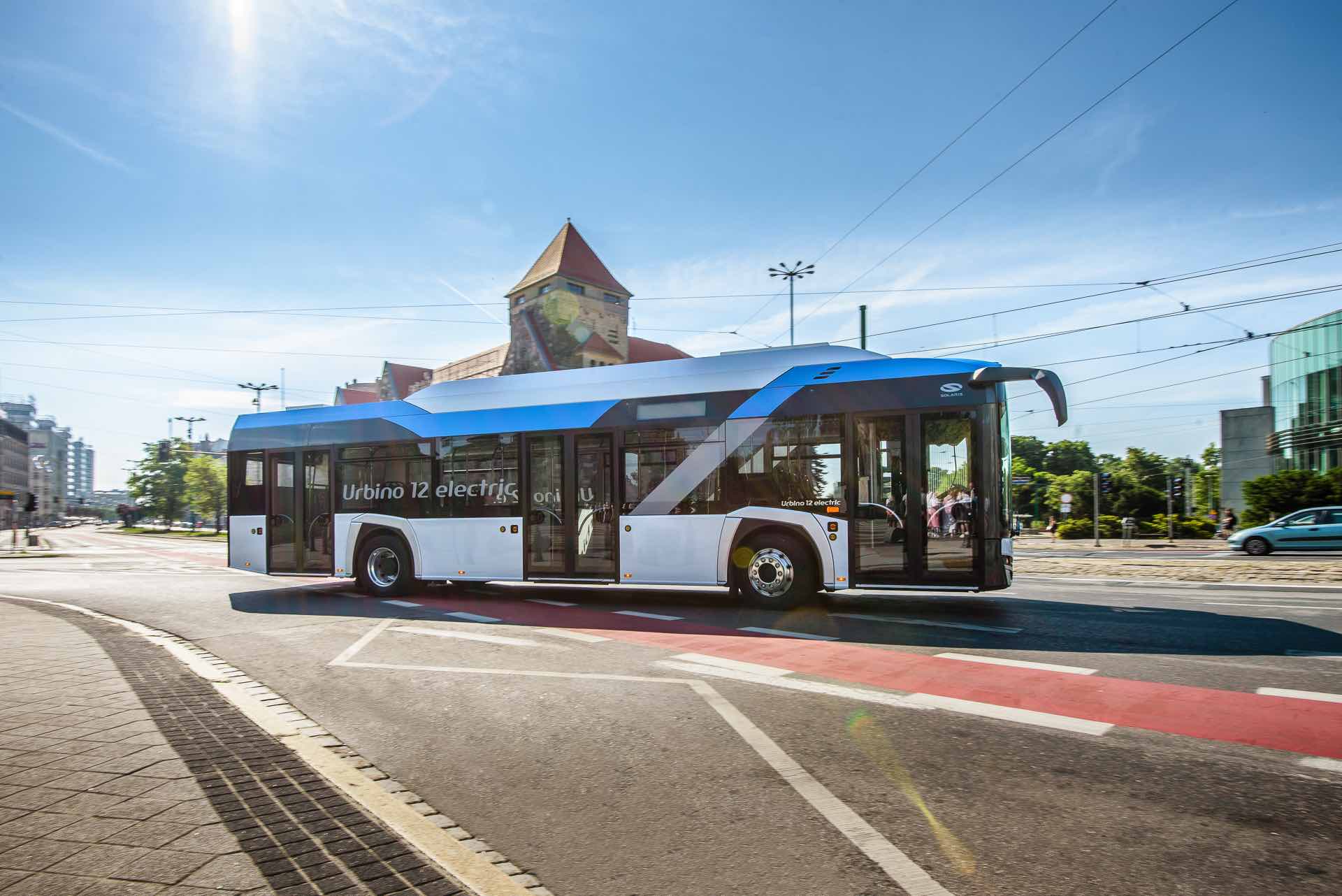 Solaris in Offenbach, 9 e-buses already in the pipeline

The city of Offenbach, located in the German state of Hesse, ordered 20 twelve-meter Solaris Urbino 12 electric and 9 eighteen-meter, articulated Solaris Urbino 18 buses. Before the end of this year the local operator Offenbacher Verkehrs-Betriebe (OVB) will receive 7 Urbino electric buses ordered in 2019. Once both contracts are completed, emission-free Solaris-buses will account for nearly half of the OVB’s fleet.

OVB decided in favour of the latest generation Solaris High Energy+ batteries with a capacity of 316 and 474 kWh in twelve- and eighteen-meter buses accordingly. The same battery model has been chosen by SWB Bonn. The electric energy will propel two wheel hub electric motors boasting a power of 125 kW each. It will be replenished by means of a roof-mounted pantograph (fast charging during the day) and at night at the bus depot. The temperature comfort in the buses will be ensured by efficient and environmentally friendly air conditioning with a heat pump which uses heat from outside to reach an adequate ambient temperature in the vehicle.

In its order for new buses, the carrier from Offenbach has opted for modern driver assistance systems. One of them allows the driver to see more thanks to cameras placed outside of the vehicle. These cameras detect pedestrians and cyclists situated in the blind spot of the vehicle, which is particularly important during turns. Another system was designed to send acoustic signals warning pedestrians of the approaching electric vehicle featuring an extremely quiet drive.

The Urbino 12 bus accommodates 33 seats, 12 of which are accessible from the low floor, which eases travel for passengers with reduced mobility. Meanwhile, the Urbino 18 bus will have enough space for 45 and 20 seats accordingly. For even greater passenger convenience, the carrier offers 14 (Urbino 12) and 18 (Urbino 18) double USB ports for the recharging of mobile devices, and a separate port will be available to the driver.

“I am extremely pleased that the operator Offenbacher Verkehrs-Betriebe opted once again for our electric offer. It’s amazing to be part of the transformation that is so significant for the city and its residents. Offenbach is heading very quickly towards completely emission-free public transport. Solaris wants to support this transition”, says Petros Spinaris, Deputy CEO of Solaris.