Australia bus fleet will get a touch of… green. There are plans to fully electrify Sydney bus fleet. That means converting to a new technology as many as some 8,000 vehicles, mainly running on diesel so far. The news is reported on the media The Driven. 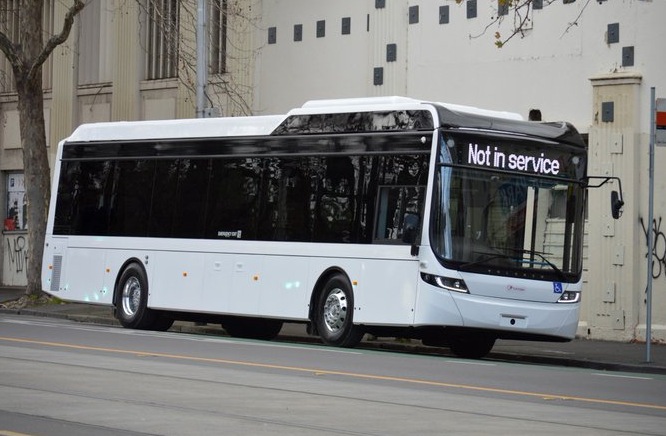 Today across Sydney there are a total of 13 service contracts underway. The deadline of most of them will be in the early ’20s. New South Wales (NSW, the state where Sydney is located) transport minister Andrew Constance, newly elected, reportedly said: «I have asked Transport for NSW to work with operators and bus suppliers to develop a plan to transition our fleet as part of the tender process. Making the switch to an entirely electric bus fleet will deliver huge benefits to the community in terms of reducing air and noise pollution. I’ve challenged the world’s leading public transport operators to bid for all 13 Sydney bus contract regions over the next three years – which includes the three remaining State Transit government-operated regions». Thus, NSW could become the first Australian state to shift the full fleet to zero emission buses.

Australia on the way towards a clean public transport

To date, the only electric buses in operation, with regards to Australia bus fleet, are servicing Sydney and Brisbane airports. In the country there are some pilots underway. But things are in evolution. Recently BYD announced it will supply its electric bus chassis for the Australian bodymaker Volgren, the largest in the country, in Australia. Volgren electric bus will thus be built on the top sold 12.2 metre-long K9 from BYD.

Remaining focused on Australia bus fleet, earlier this year, a batch of 50 hybrid buses built by Volgren on Volvo chassis started operation in Melbourne. The city will host in 2021 the UITP Global Public Transport Summit: it’ll be the first time in more than 25 years that UITP pillar event will make its way to the Southern Hemisphere.

In the same city of Melbourne, with regards to sustainable public transport systems, the tram network is expected to be powered with solar energy from the Numurah Solar Farm.

BYD has been awarded its first order from TMB Barcelona for 25 new generation 12-metre BYD eBuses. Vehicles from the Chinese company will be operating in the City of Barcelona for the first time ever. The first of BYD’s eBuses on order from TMB are scheduled for delivery in 2022. Still in France, Ma...
Fourth MetroBus line goes electric in Osnabrück, north west of Germany (one year ago it was three e-lines). The PTO Stadtwerke Osnabrück has just announced that line M5 will be completely converted to electric operations by February 2022: the conversion of the final turnaround at Waldfriedhof Dodesh...
Bordeaux Metropole has just selected VDL Bus & Coach for the supply of 36 articulated electric buses Citea new generation on the city’s first Express Bus line between Bordeaux Saint-Jean station and Saint-Aubin de Médoc. «The fast charging technology at the terminals, supplemented by slow ...
The new Škoda E CITY electric bus was presented today at the 10th edition of the Central European fair CZECHBUS, where Sustainable Bus has marked presence.It is a brand new electric bus model from the Škoda Transportation Group. Prague will thus be the first city to operate this modern and environme...