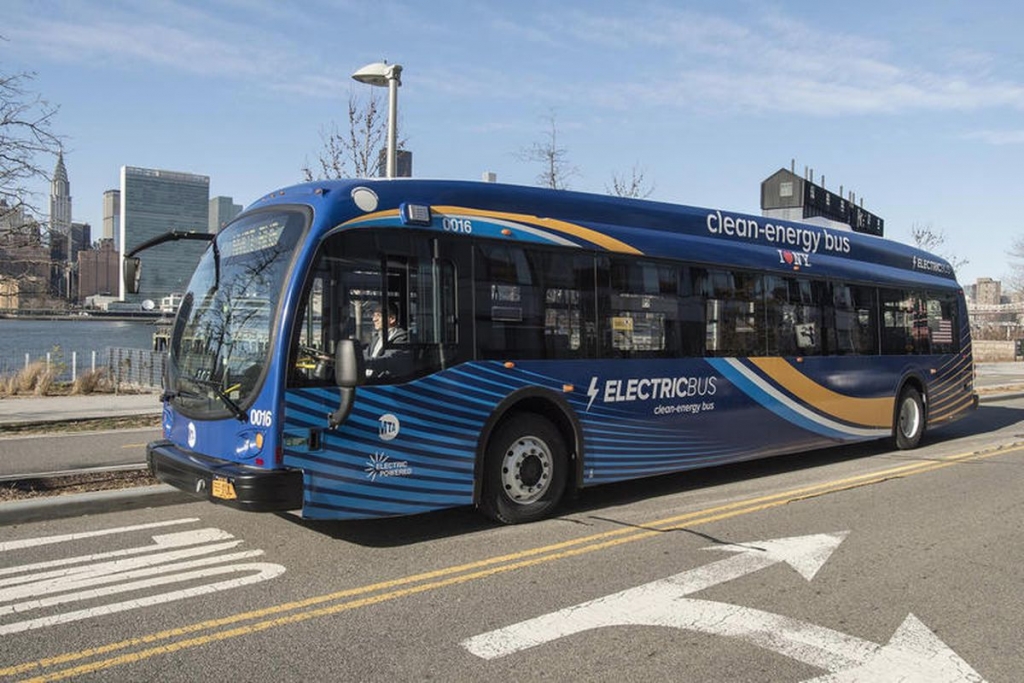 SFO has ambitious plans in place to reduce its carbon footprint. SFO’s Five-Year Strategic Plan sets goals of carbon neutrality across airport-controlled operations by 2021 and the reduction of greenhouse gas emissions by 50 percent from a 1990 baseline, says Proterra in a press release.

Part of that plan includes the creation of a Clean Vehicle Policy to promote the adoption and deployment of low emission vehicles by both airport departments and ground transportation providers.

The new battery-electric Proterra Catalyst buses will replace six diesel buses in its current operating fleet and will eliminate more than 23 million pounds of greenhouse gas tailpipe emissions over the 12-year life of the vehicles, according to the manufacturer. SFO expects to purchase additional battery-electric buses to replace its CNG vehicles, for a greener, more modern fleet.

The new electric buses will integrate batteries that are designed and manufactured at Proterra’s Silicon Valley headquarters in Burlingame, California, very close to the airport. With 440 kWh of battery capacity on board, the buses will be part of SFO’s fleet that currently provides buses to shuttle passengers between the terminals, long-term parking garages and other airport locations along daily routes.

Airports buses going green in US and Europe

In Europe, the same choice was taken by Schiphol and Bruxelles airports: both of them have already taken over several BYD electric buses. 30 vehicles are deployed in Bruxelles.
In the UK, Birmingham Airport has awarded Volvo Bus UK the contract to supply the airport with six Volvo 7900 Electric. The buses are scheduled to start operation in November 2019. They’ll be employed for free passenger transport service via all airport car park routes.

“San Francisco International Airport has long been a leader in sustainability and joins other forward-thinking airports around the country in transitioning ground fleets to 100 percent battery-electric buses,” said Proterra CEO Ryan Popple. “We are proud to help one of our local airports offer superior service and meet its sustainability goals while also providing reduced vehicle maintenance costs and lower total cost of ownership.”

“Earth Day serves as a call to action; an opportunity for us to reaffirm our commitment to the environment,” said Airport Director Ivar C. Satero. “SFO is an airport industry leader in sustainability, and we have set big goals to achieve zero net energy use, zero waste, and carbon neutrality. By deploying San Francisco’s first public battery-electric buses, we’re on the path to zero emissions in our ground transportation services, leading the way in our quest to be the world’s most sustainable airport.”