The first electric, open-top double-decker sightseeing bus in London hit the road a few days ago. The driveline? Electric motors integrated in the wheels manufactured by Ziehl-Abegg (ZAwheel). The bus is built by Unvi and operated by “The Original Tour”, a subsidiary of the international RATP Group. 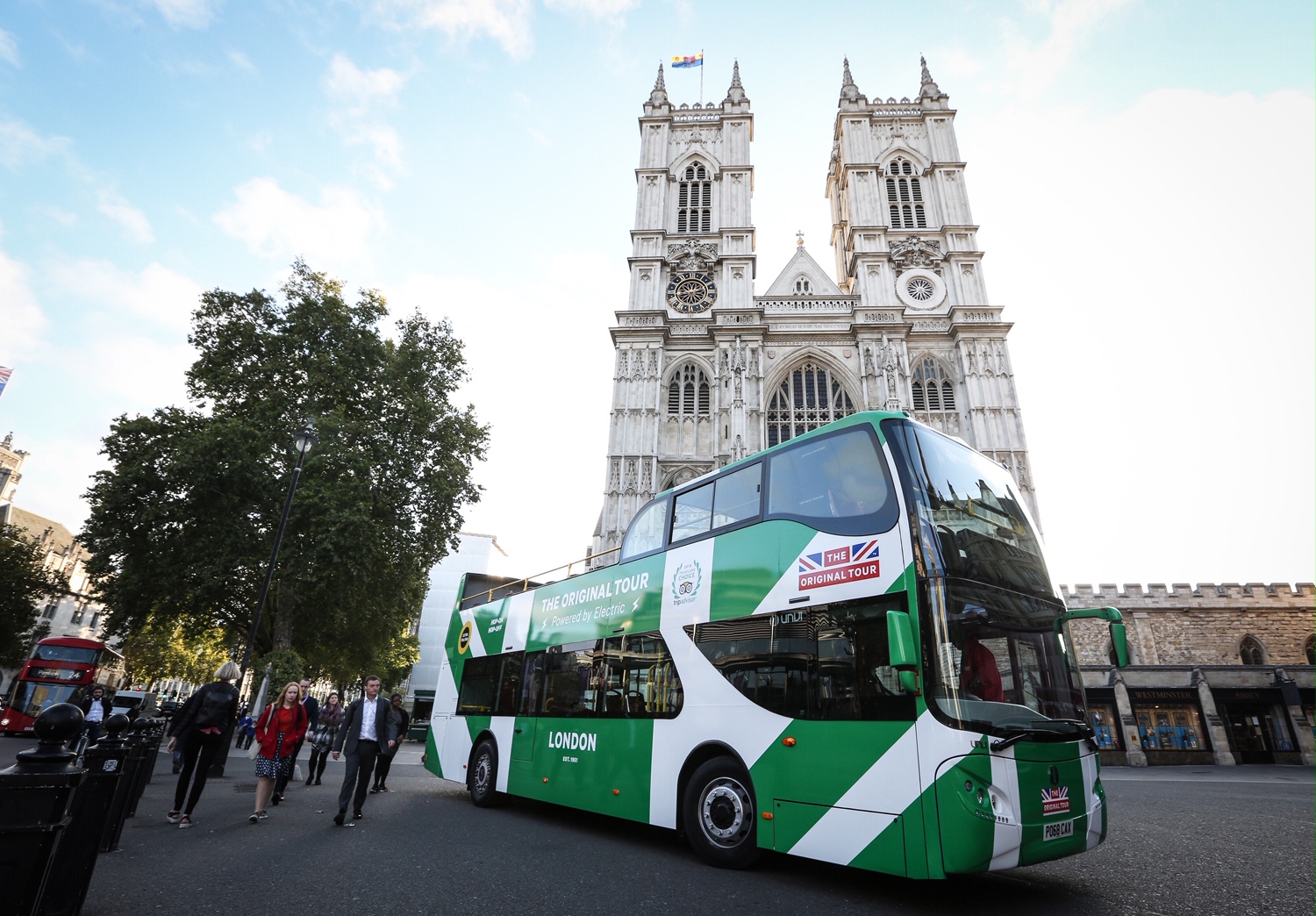 Unvi and Ziehl-Abegg for the silent sightseeing bus

Unvi is the world’s largest manufacturer of city tour buses with a reputation for custom-built vehicles. The Spaniards have chosen experienced component manufacturers as partners: BMZ for the batteries, Ziehl-Abegg Automotive for the powertrain and SAV Studio for the system integration. For instance, after World Cup 2018 victory, French team spent its most festive hours fooling around Paris on board of an electric open top double decker bus manufactured by Unvi in the city of Ourense.

The advantages of electric sightseeing bus

The electric, open-top, double-decker bus which has started operating in London is 12 metres long and has twin axles. Inside the bus there is seating for 75 people. The vehicle is designed for a range of 150 kilometres so the key performance data is the same as on a conventionally-powered city tour bus – but with enormous advantages in terms of noise and emission levels. The challenge posed by open-top, double-decker buses is enormous, Ziehl-Abegg says in a press release. Since they don’t have a roof, it’s impossible to position any batteries on the top of the vehicle. “Since our drive unit is the most efficient in the world, the battery packs can be smaller than with any other motor concepts,” says Ralf Arnold, Managing Director of Ziehl-Abegg Automotive.

Notwithstanding the legal requirements, there are significant disadvantages with diesel sightseeing buses compared to electrically powered buses: because the constant starting and stopping puts a great strain on the both the engine and gearbox, is very heavy on fuel consumption and the energy is completely dissipated during braking – in electric buses by contrast, the braking energy is used to recharge the battery. In the current year, new open-top, double-decker buses for city tours have already been put into service in Paris and Amsterdam. The electric drive ZAwheel is available for the operators of hop-on/hop-off lines for new vehicles or for retrofitting. An open-top, double-decker bus from the year 1975 which will roll quietly through the streets of Berlin thanks to ZAwheel, went on display for the first time at the IAA Commercial Vehicles trade fair.

RATP the first to introduce electric sightseeing bus in London

In the light of the first electric, open-top double-decker sightseeing bus in London, according to Ralf Arnold, Managing Director of Ziehl-Abegg Automotive, “electromobility is making quiet but inexorable progress”.  Ronan Bois, business unit director for sightseeing at RATP Dev, emphasises: “Every day, people rely on us for discovering the best of the world’s most iconic cities and we’re investing in innovation for a new type of sightseeing bus. We’re proud to be the first sightseeing network to introduce a 100% electric bus in London” and adds: “this marks another important step in the RATP Group’s commitment to energy transition. Its success is due to a strong partnership between the team at ‘The Original Tour London’ and four European manufacturers, including Ziehl-Abegg which developed the electric powertrain system.”