European Investment Bank (EIB) is granting a 73.5 million euros loan to public transport company TMB (Transports Metropolitans de Barcelona). The money will be used to buy 254 new buses. 116 of them will be electric buses. The new vehicles will be delivered according to a timeline that should be concluded in 2021. 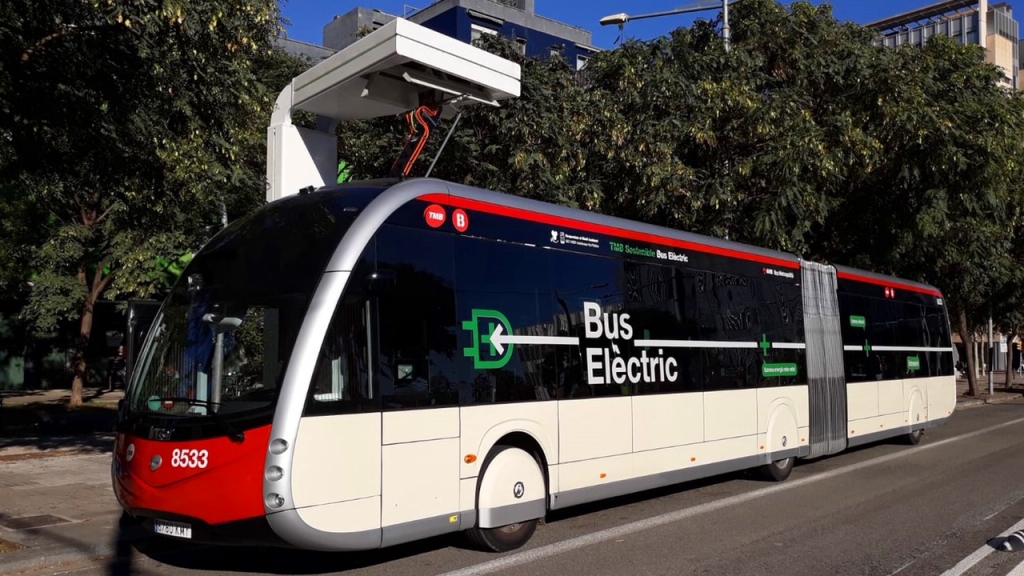 Diesel buses to be replaced with zero emission ones

TMB will replace ageing diesel and CNG buses with new vehicles. Beyond the zero emission buses, Barcelona will enjoy having on the roads hybrid and new generation CNG buses, 63 and 75 respectively. It has not been specified if the hybrid buses will be mild hybrid or full hybrid. Also 20 diesel double decker buses used for touristic operations are to be replaced with hybrid ones, EIB points out.

Taking a look to the timeline, 105 buses are expected to be delivered very soon, in late 2019. Then further 75 will be supplied in 2020 and the final 74 in 2021. According to EIB, Barcelona’s public city buses have seen a 17% increase in use over the last six years (transporting 203 million people in 2018), a figure that is still growing.

TMB Barcelona has rolled out a batch of new zero emission buses at the beginning of 2019. Four Irizar ie tram (the first ones in real operations) joined two Irizar ie bus that were put on the road in 2014.

Also three Solaris Urbino 18 electric are operating on the H16 line, between Forum and Zona Franca. The zero emission Urbino delivered to TMB is fitted with a central electric motor with a rated power of 240 kW, as well as 5 sets of lithium-ion traction batteries with a total capacity of 146 kWh. The vehicles can be charged in two ways: by plug-in or via a roof-mounted pantograph placed above the first axle, with the latter charging mode enabling fast charging of up to 400 kW. Charging infrastructure has been provided by Endesa.

Furthermore, the EIB-financed investments will also make it possible to improve the on-board information system and build new electric charging stations. In addition to its social and environmental benefits, still according to EIB estimates, the project will help create 1,084 jobs during the construction phase of the new vehicles. EIB is financing the modernization of Barcelona public transport system under its Cleaner Transport Facility programme for financing cleaner transport systems in Europe. In Spain, this programme has allowed the concession of loan to Las Palmas, Palma de Mallorca, Valencia and now Barcelona.

Regarding the agreement, EIB Vice-President Emma Navarro, responsible for the Bank’s activities in Spain as well as for climate and the environment, said: “This project demonstrates the direct impact of EIB financing on improving people’s quality of life, strengthening public transport service and enabling low-emission mobility in the city of Barcelona”

TMB Chief Executive Officer Enric Cañas welcomed “the decisive support of the EIB for the current environmental renewal of Barcelona’s bus fleet, which is very much focused on electrification. The 116 fully electric buses to be introduced by 2021 will enable us to convert entire lines on our main network – such as the H16 horizontal line and the V11, V13 and V15 vertical lines, as well as some local lines – to zero emissions. Electric transport involves higher initial investment costs in terms of both vehicles and infrastructure, meaning that appropriate financing from public transport authorities and financial institutions is vital.”